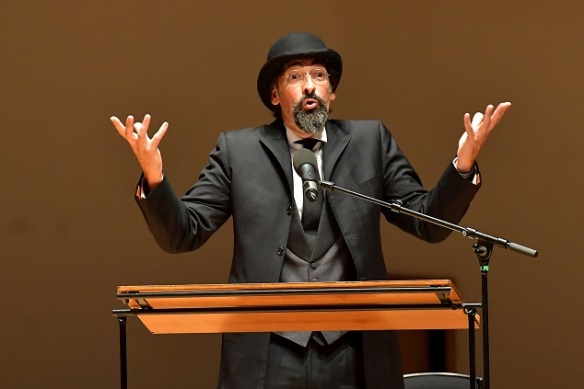 Who was Erik Satie?

Or, come to think of it, who is Alistair McGowan?

Clues to the answers of both questions were on hand at this stimulating Proms Chamber Music concert, where the ‘bright, airy interior’ of Cadogan Hall, celebrated as such by Proms director David Pickard, became dark as night for an hour, the curtains drawn so we could enjoy A Satie Cabaret.

Listen to A Satie Cabaret on the BBC iPlayer

McGowan has already presented a concert in similar form this year, for Satie is one of his obsessions – and it is 150 years since the birth of the composer. Ever the arch impressionist (not in a French sense!) McGowan took on Satie’s character, dressed in a trademark suit and bowler hat, even managing to grow the composer’s facial hair – or at least don a very convincing disguise!

He chose a set of autobiographical readings that captured the French composer’s irreverence, his unique approach to making music and his oblique sense of humour, one that could often have you scratching your head in wonder after the laughs had died away.

Providing the musical entertainment – with some laughs, too – were pianist Alexandre Tharaud and tenor Jean Delescluse. Their mix of piano music and song was very well chosen. In the ambient balm of his piano writing we saw how Satie used simplicity in a very original way, and how he has gone on to influence generations of disciples, Ludovico Einaudi and Michael Nyman two obvious recent examples.

The songs were much less inhibited, with the riotous Allons-y Chochotte (Let’s do it, Chochotte) bringing the house down near the end. We also had brief illustrations of ‘furniture music’ from Tharaud – music for solicitors to listen to, for instance! – which found Satie a century ahead of his time, predicting the environment where we would be treated to music on hold or in a dentists’ waiting room.

McGowan was funny but also completely respectful, and was the first to appreciate Tharaud’s control and beauty of tone, as well as Delescluse’s brilliant send-ups of songs like La diva de l’Empire (The Diva of the Empire) and La grenouille américaine (The American Frog). 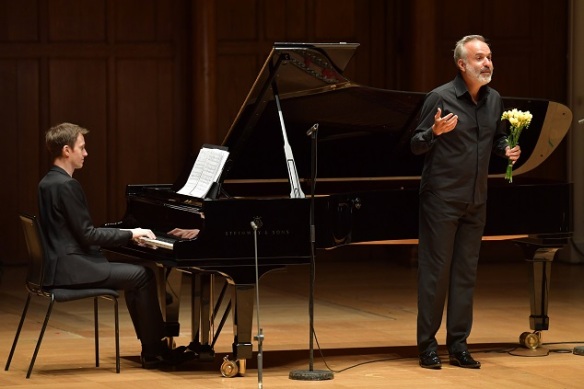 In all this was a highly entertaining hour, given in a spirit the composer would surely have enjoyed. Would that he knew his influence has been so far reaching – and even now is not fully appreciated.