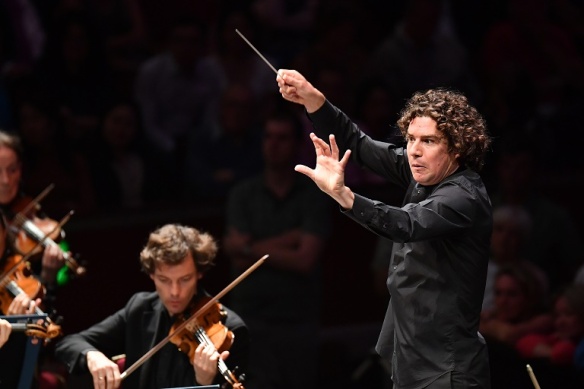 The Scottish Chamber Orchestra are one of the UK’s finest ensembles, and they proved their worth once again with outgoing chief conductor Robin Ticciati leading a fine Prom tracing a course from darkness to light.

Brahms’s Tragic Overture is one of the composer’s deepest orchestral statements, and Ticciati was determined to present its steely side. Often the strings were without vibrato, the lean sound complemented by raucous horns and open textures in the woodwind. Lower strings growled ominously, and only the softer woodwind passages offered occasional respite in their beautifully choreographed choir. 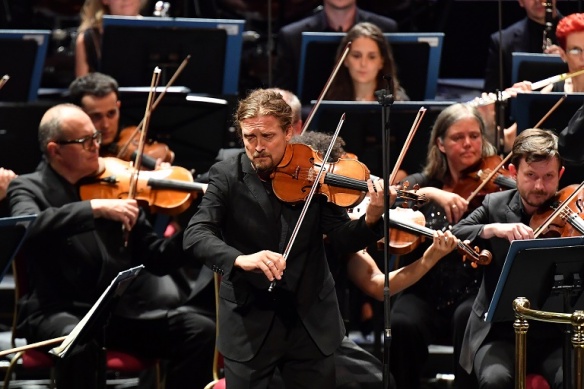 Berg’s Violin Concerto contains music of similarly ominous qualities, in this case uncannily heralding the composer’s final year despite its dedication elsewhere. Though the violin begins with elegiac tones it has a broad emotional range, and Christian Tetzlaff (above) rose magnificently to the occasion, finding Berg’s many and varied colours but crucially balancing them with the excellent orchestral contributions.

The coded messages Berg inserts into the music were on occasion stripped bare, and the anger at the heart of the second movement was almost completely unconcealed. Its crowning moment lies in quiet simplicity, however, and when the quotation of Bach’s chorale Es Is Genug arrived on clarinets the mellow tones were deeply moving. Capping the concerto with his rise to a high ‘G’ at the end, Tetzlaff held the note at a barely audible volume so that it sounded like one last breath in his ascent to another world.

As the evening progressed the darkness drew in ever more closely for Thomas Larcher’s Insomnia – Nocturne, an orchestral piece receiving its first UK performance. Written for a relatively small orchestra of eighteen, it was an uncomfortably accurate portrayal of sleep’s refusal to take hold, with a high pitched glockenspiel tone becoming particularly tiresome. Sitting in the background, its tone made an uncomfortable backdrop for the increasingly fractious instrumental activity in front, which finally subsided into a fitful slumber, the sort where it is already too late in the night to be rescued. The piece began with promising tonal material, but in a manner akin to insomnia this was rendered much less appealing by the end.

Thankfully Schumann’s Rhenish Symphony was on hand to pierce the darkness with music of unrestrained joy. The opening surge is one of the happiest in all classical music, and like the river on which it is based it takes everything with it downstream. The Scottish Chamber Orchestra were superb, the lofty horns enhancing the open-air sound while the woodwind worked together in beautifully shaded colours, as did the strings with more vibrato this time.

If anything the second movement Ländler was even better, flowing forward with purpose and charm, while the Intermezzo following also had a softer heart. The mood became solemn for Schumann’s powerful evocation of Cologne Cathedral in the fourth movement, the symphony turning inwards with self-doubt and contemplation, but from this the finale emerged with resolve and conviction.

A strong Prom, then, the Scottish Chamber Orchestra giving us something old (Brahms and Schumann), something new (Larcher), something borrowed in the Berg and something blue in the mood that ran throughout. Thankfully the shade of this particular blue changed from deep and dark at the outset to a bright and breezy azure by the end.

Stay tuned for the next in Arcana’s Ask The Audience series, where Sam Hogwood will give her verdict on the Scottish Chamber Orchestra Prom. Coming shortly!