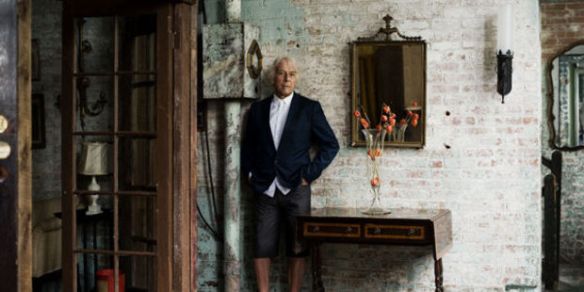 Opening with the pensiveness of First World War tribute Time Stands Still might not be every artist’s idea of a curtain-raiser, but John Cale has rarely, if ever, taken the road most travelled and this evening’s concert in the company of his regular touring band – launching what promises to be a busy year of performance and reappraisal – was hardly an exception.

Those expecting a run-through of new album M:FANS (itself the radical overhaul of 1982’s Music for a New Society), however, were to be disappointed, though Cale did find room for a handful of tracks: If You Were Still Around sounded the more fervent through the melding of its keyboards and guitars with a motoric rhythmic undertow, while Changes Made saw a partial return to its former rock incarnation and became the most upbeat number in the gig’s earlier stages, then Close Watch was poised between the opulence and starkness of earlier versions. Good that long-presumed lost outtake Back to the End was included, its restrained though ultimately uplifting manner placing it audibly within the ambit of Cale’s recent music.

Otherwise the set-list ranged widely over an impressive back catalogue such as its creator has never treated with undue reverence. Thus the pathos of The Endless Plain of Fortune yielded unexpected warmth, with the formerly obscure Coral Moon, an outtake from 1975’s Helen of Troy, fashioned into a ballad of real eloquence. Nor were old favourites in short supply: the easy eloquence of Buffalo Ballet, the skewed playfulness of Fear is a Man’s Best Friend – its chaotic outro now channelled into a burst of manic energy – and bittersweet irony of Ship of Fools delighting and provoking in equal measure. Reaching back even further, to 1970, was Ghost Story, an evocative item here taking on a fatalism as if admitting the distance in time and experience.

The more recent past was also acknowledged, 2005’s blackAcetate yielding an insinuating rendition of Perfect and the suitably slow-burning intensity of Wasteland. Bringing us almost to the present was a comparably probing take on Hemingway – among the richest and most intriguing of recent Cale songs – and a rendition of I Wanna Talk 2 U (both from 2012’s Shifty Adventures in Nookie Wood) teasing and ominous by turns: proof, if such were needed, that Cale’s work in the 21st century has been among the most satisfying of his career.

Over the 100 minutes or so of this performance, Cale, whose attire was akin to that of a punkish elder statesman, cut a lively yet unobtrusive figure who only belatedly moved from his assemblage of keyboards and iMacs to take centre-stage for some arrestingly incisive rhythm guitar. He was supported by Dustin Boyer’s responsive guitar, Nick Franglen’s ground-shaking electronics and Deantoni Park’s inventive drumming. An energetic amalgam of Gun and Pablo Picasso brought the evening to its visceral close.

A pity so few made it from the bar to hear support act Rive, as this London-based duo from Switzerland (Natascha Polke on vocals and keyboards) and Wales (Ceri Jones on guitar and vocals) has a neat line in harmony and catchy hooks that made their brief set worth hearing.