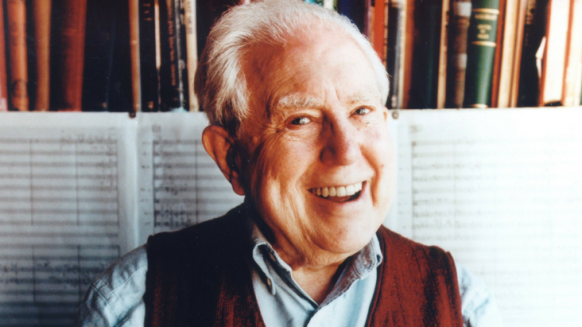 Little of Elliott Carter’s music was heard in Birmingham during his lifetime, but an account of the then recent song-cycle In Sleep, In Thunder remains vivid in the memory 35 years on. That was directed by Oliver Knussen, who was latterly assiduous in the scheduling and even commissioning of the composer with Birmingham Contemporary Music Group, which this afternoon devoted a whole programme to Carter and was conducted for the first time by the City of Birmingham Symphony Orchestra’s current music director Mirga Gražinytė-Tyla.

A composer who not only lived to a great age but continued writing up until his death meant that BCMG had a sizable number of pieces from which to choose. It was an astute move to open with Mosaic, as this eventful piece is a paradigm for that ‘late late style’ Carter evolved in his 90s. Harp is the first among equals here, Carter having spoken of his desire to explore techniques developed by inter-war virtuoso Carlos Salzedo. Not that these are deployed for effect; indeed, this piece evinces an almost continuous ‘through line’ from which emerges a discourse as inventive as it is diverting – with an incitement to disciplined virtuosity that the musicians, not least Céline Saout, seized on with assurance. The harpist took centre stage for Bariolage, taking its cue from Rilke in what is a scintillating exploration of those techniques. 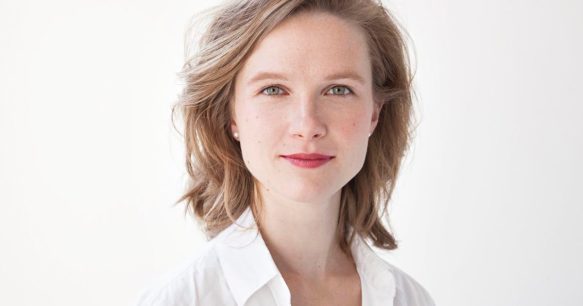 Nor is humour at a premium in this music. Two Controversies and a Conversation finds the piano at first mediating precariously between ensemble and percussion (first marimba, then woodblocks), before more balanced and equable discourse is made possible.

Carter’s earliest musical mentor, Charles Ives, would have been impressed by this refracted recollection of a concept he himself pursued in his Second String Quartet and while he might have been less convinced by the abstraction of Carter’s writing for piano, there can be little doubting the effectiveness of the latter’s Two Thoughts about the Piano. Complementary pieces too – the preoccupied and silence-riven progress of Intermittences countered by the linear velocity of Caténaires; Pierre-Laurent Aimard tackling both these pieces with his customary poise and precision.

Back in the early 1980s, Triple Duo was one of Carter’s most effervescent and entertaining works – its stealthy ingenuity posited in far more gnomic ways by Double Trio with its often impulsive if ultimately resigned interplay between violin, trombone and percussion as heard against trumpet, cello and piano.

Gražinytė-Tyla’s direction was at its most perceptive here, though it was left for Aimard, Alexandra Wood and Ulrich Heinen to take the platform for what was Carter’s final work. Epigrams consists of 12 refractory miniatures for piano trio (designed by the composer so that their cohesion would be assured however many were completed) – their salient gestures constantly though unpredictably recurring such that their diversity is never achieved at the expense of their unity, however hard-won this may seem.

If there was anything predictable here, it was the conviction and technical finesse of tonight’s performance, rounding off a programme as compact and absorbing as the music itself. Those yet to do so should investigate BCMG’s disc of Carter’s ‘late music’ as a matter of urgency.

You can listen to the BCMG’s disc of Carter that Richard refers to on Spotify below: