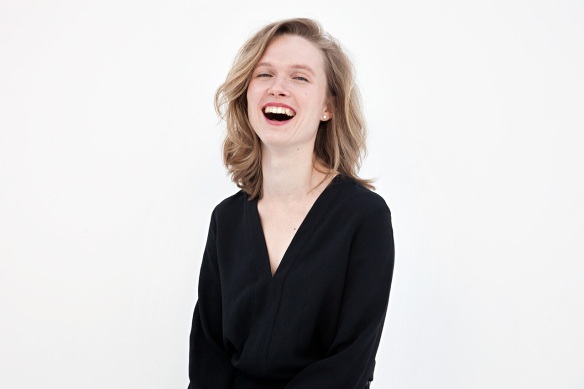 It may not have been a typical Valentine’s Day concert, but this evening’s programme from the City of Birmingham Symphony Orchestra certainly had an abundance of rapture and wonder.

Not least in its welcome revival of Cantus Arcticus, the ‘Concerto for Birds and Orchestra’ with which Einojuhani Rautavaara had confirmed a decisive turning away from the twelve-note procedures of the previous decade. Its utilizing his recordings of birdsong from the Finnish marshland may be nearer conceptually to Respighi’s Pini di Roma than Messiaen’s Oiseaux éxotiques, but the interplay with orchestra is deftly and poetically carried through – from the stark backdrop of The Bog, through the searching poise of Melancholy then to the gradual build-up of Swans Migrating, its hymnic apotheosis duly becoming a Rautavaara hallmark.

Mirga Gražinytė-Tyla secured a warm and euphonious response from the CBSO, which was no less attuned to the emergent drama of Sibelius’s En Saga. After an atmospheric opening, the ensuing episodes unfolded a little sectionally for momentum to be gauged consistently, though the magical passage with solo strings before the climactic section was spellbindingly delivered – then, after a suitably fraught culmination, the closing pages affectingly mingled poignancy and resignation; qualities evident not least in the clarinet playing of Oliver Janes.

Prefacing each of these works were short but pertinent a-cappella choral pieces. The upward striving of Esa-Pekka Salonen’s Dona nobis pacem gave the CBSO Youth Chorus its chance to shine, while a rare hearing for Sibelius’s The Lover brought the CBSO Chorus to the fore for a melting account of three settings from the Kanteletar – their tales of yearning, encounter then farewell between lover and beloved eloquently rendered with no trace of false sentiment. Maybe Gražinytė-Tyla will tackle the almost as seldom heard version for strings before long?

After the interval, Grieg’s incidental music for Ibsen’s Peer Gynt. What to include became far less straightforward after publication of the complete score, but tonight’s selection centred on the familiar two suites and three additional items. Gražinytė-Tyla secured a lively response in the Overture, then brought out the pathos of ‘Ingrid’s Lament’ and encroaching menace of In the Hall of the Mountain King. The influence upon Sibelius of The Death of Åse was no less evident than that of Morning on Debussy, while the Arabian Dance had nonchalance to spare and Anitra’s Dance an alluring poise. Peer Gynt’s Homecoming sounded suitably windswept, and inclusion of the soulful Whitsun Hymn gave the CBSO Chorus its moment in the spotlight. Klara Ek was soloist in Solveig’s Song and Solveig’s Cradle Song, both of which she sang simply and affectingly, avoiding the operatic overkill often encountered. A pity the grotesquely comical Dance of the Mountain King’s Daughter was not included, but what remained was a more than plausible overview – skilfully and evocatively rendered.

It more than set the seal on this well planned and rewarding concert, some of whose relative unfamiliarity was outweighed by its undoubted appeal. The Peer Gynt selection can be heard again on Saturday on BBC Radio 3, alongside the UK premiere of tone poem The Sea by Mikalojus Čiurlionis.

Here is a Spotify playlist of music from the concert, including the whole incidental music to Peer Gynt (with the exception of the Salonen, which has not yet been recorded):

Further information on this concert can be found here