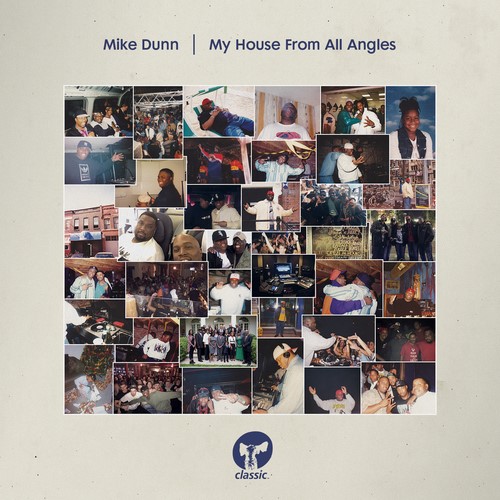 Mike Dunn is a highly respected name in house music. The Chicago figurehead is already responsible for original house classics God Made Me Phunky, Face The Nation and Let It Be House, but as his many and varied pseudonyms indicate he is capable of an extremely versatile approach to house music.

The title of his first album since 1990 recognises that, the fourteen tracks including solo instrumentals and a few guest slots. My House From All Angles has been out since the summer, but Arcana wanted to recognise its existence and worth!

If someone asks you to play them some classic house music, Mike Dunn will never let you down. Because of the rich heritage he has in Chicago, he is capable of making music that recognises how house music sounded at the beginning, but brings it up to date in execution and variety.

He also has at his disposal another weapon – his voice. You don’t forget the Dunn tones in a hurry, his smoother than silk lower range used to cheeky effect on tracks like Phreaky MF or on the top notch track Move It Or Work It.

Classic house is not the only order of the day either. Modulation gets closer to techno, a brilliant instrumental whose closest cousin could be Kerri Chandler’s Bar A Thym. On the other side, The Wake Up Call, featuring Deejay Alicia, is darkly lit – as is You R, an acid tinged celebration.

Yes. Dunn’s experience works so well here – he knows how to make a great house track but also the elements that keep it sounding fresh. That means that nothing is over-produced, nothing is too calculated – and that leaves room for a bit of instinct and a chance to tap into the party vibe, which after all is where house music works at its very best.

Yes. Mike Dunn is still full of ideas, and each of these tracks brims with creativity and a wish to have a good time. My House From All Angles is a show home definitely worth buying.