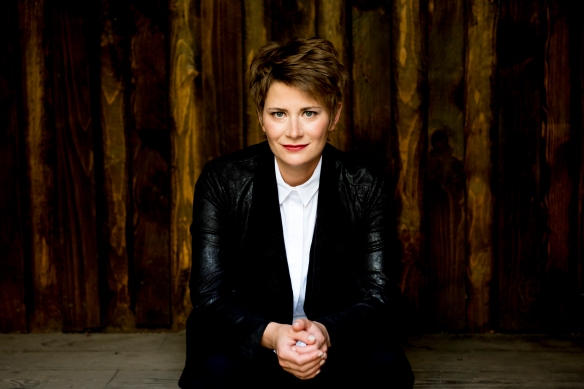 This afternoon concert by the City of Birmingham Symphony Orchestra brought a welcome appearance from German conductor Anja Bihlmaier, presiding over an unlikely yet appealing programme as juxtaposed French and Russian music of the late 19th and early 20th centuries.

Bizet‘s Carmen has maintained its hold on the operatic repertoire such that individual items are seldom encountered in concert other than as encores. As arranged by Fritz Hoffmann, this Second Suite astutely alternates entr’actes with vocal numbers. Thus the purposeful Marche des contrebandiers (akin to an offcut from Elgar’s Wand of Youth) precedes the smouldering Habanera, then a Nocturne which is Micaela’s third act aria with its vocal line transferred to violin and soulfully rendered by guest leader Tamas Kocsis. That of the evergreen Chanson du toreador is similarly heard on trumpet, which instrument is duly partnered by flutes in the infectious La garde montante, before wind instruments variously come to the fore during the Danse boheme which rounded off the present selection in appropriately exhilarating fashion. 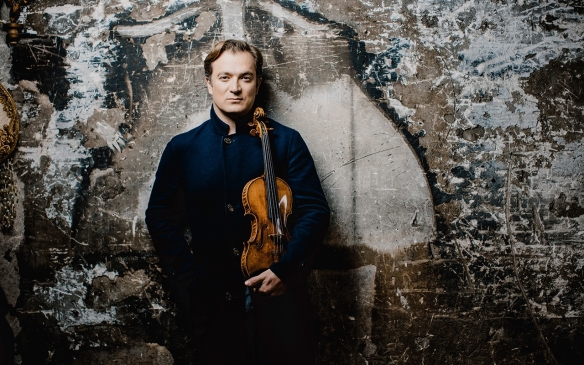 Renaud Capuçon then joined the orchestra for an unlikely coupling of concertante pieces that is highly effective in concert. It may have been inspired by a Turgenev story, but Chausson‘s Poème is an autonomous entity whose rhapsodic impulses are balanced by formal rigour and an organic evolution as elides between the introspective and ecstatic – a trajectory conveyed with due eloquence by Capuçon, his fastidious tonal shading deftly reinforced by Bihlmaier’s nuanced direction. What is so often an elusive work left a powerful and enduring impression.

As, albeit in its rather more demonstrative way, did Ravel‘s Tzigane. Effectively the result of a bet with violinist Jelly d’Aranyi that this composer could come up with a rhapsody inspired by Hungarian gypsy music, the piece wears its Lisztian antecedents lightly while pointing the way toward the similarly conceived rhapsodies of Bartók. Capuçon teased out the high-drama of its unaccompanied initial section, then – with harpist Alma Klemm – made a breath-taking transition into its heady medley of gypsy-inflected themes prior to the rousing final flourish.

After the interval, Dvořák’s Seventh Symphony came almost as a corrective in its seriousness of purpose and powerful formal logic. Bihlmaier directed a performance as left no doubt as to such qualities, at its best in a thoughtful while never staid account of the slow movement – its brief yet elated climax ideally judged – then a scherzo whose underlying furiant rhythm was suffused with Brahmsian trenchancy (one reason this piece displeased the anti-Dvořák faction decades hence). Not that there was much lacking with the outer movements, though the coda of the initial Allegro was a little too deadpan for its ominousness fully to register, and that of the finale felt too reined-in emotionally; those granitic cadential chords marginally failing to clinch what is surely the most fatalistic of any major-key ending in the symphonic repertoire.

Even so, this was a finely realized account of a work as can all too often misfire. Bihlmaier will hopefully return before long: next week, the CBSO’s principal guest conductor Kazuki Yamada directs a performance of Mendelssohn‘s Elijah, premiered in this city 173 years ago.