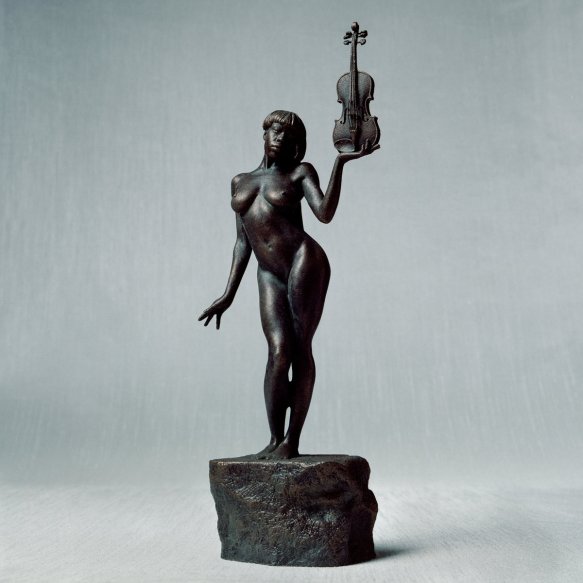 Born in Ohio and raised in Los Angeles, Brittney Parks is an artist who successfully evades categorisation under her alter ego Sudan Archives. Athena is her debut album, released on Peanut Butter Wolf’s Stones Throw imprint. That label placement suggests she will have leanings towards rap and hip hop – but that turns out to be a presumption on the part of the listener. 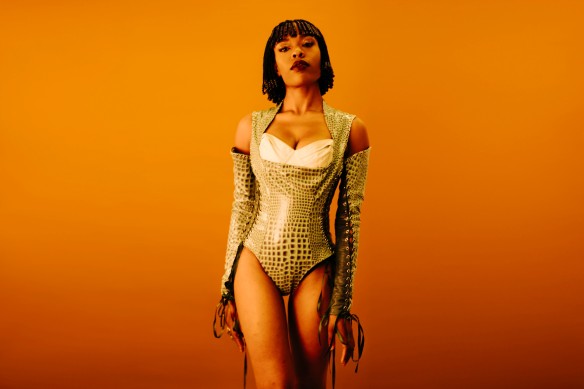 Original and fascinating. Sudan Archives is a vocalist capable of song and speech – but in addition she has another string to her bow in the form of a violin. Self-taught, she uses the instrument in melodies inspired by African rhythms and inflections.

These distinctive sounds make her music instantly recognisable, the violin used for middle ground melodies or as an upfront presence. Confessions enjoys the harsher tones of the instrument, complementing her sultry voice, but on the slow Black Vivaldi Sonata she coaxes rich tones of a more electronic timbre, overlaid in the foreground by plaintive pizzicato. Glorious takes a wiry unison melody that has a folk-based charm, while even the short interludes use the violin well, House of Open Tuning II offering a charming sound that makes the listener wish it would develop into something longer.

This attention to detail on the melodic front takes place over slower, versatile beats that work well in the context of hip hop, soul and R&B. Sometimes they cross between the two, as on Coming Up, complemented by the violin. Often Parks’ vocals are frank and personal, talking straight to the listener. ‘When I was a little girl I thought I could rule the world’, she begins on Did You Know – but before long it’s a realisation. ‘Did you know that life isn’t perfect?’, she declares.

The track sets the scene for an ambitious album based on her experience as a twin. Through that perspective she offers lyrics ‘testing the boundaries between good and evil, and vulnerability and strength’. There is a good deal of tension afoot, though songs like Iceland Moss offer a bit more contentment.

One of the album’s finest songs is Limitless, a richly scored number where the chorus is murmured softly. It is at once catchy and pertinent: ‘Living this on our fingertips, Don’t sweat it, just get it, We’re too cool to admit it, All we have is the internet’. Pelicans In The Summer is also excellent, a poignant song that closes the album with a plea, ‘I just want you to remember I never lied, never lied’.

Yes. Athena is a refreshing experience for anyone tired by musical restrictions in a lot of the more chart-based hip hop and R&B. Sudan Archives refuses to get weighed down by those unwritten rules and trends, making music that is directly expressive and seemingly reflective of her as a person.

Yes. This is really interesting and original work from someone who is musically and emotionally frank without ever resorting to attention seeking. ‘Just feel it, don’t fight it, just feel it,’ she says on Green Eyes, and that is pretty much the advice to heed for Athena’s potential listeners. The album will make a strong impression, that’s for sure.