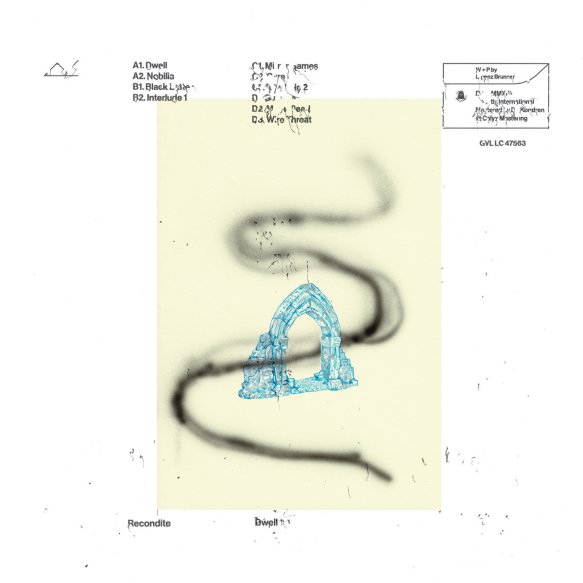 Recondite has been criticised for sounding the same between albums – as recently as the last few days – but when your output is as beautifully set up as his it would seem churlish to change your style unless you feel a strong conviction to do it. Real name Lorenz Brunner, he also recognises that his devoted fanbase thrive on his ability to continue doing what he does so well – and Dwell is the result of those endeavours.

Introverted but rhythmic. Dwell stays on the darker side where harmonies and atmospherics are concerned but there is a strong element of comfort to its vibes, a nice balance of warmth and cold.

Nobilia and Black Letter are two of the best tracks, both with starry flickers. In spite of the delicate drum tracks there is still a good deal of movement too. Mirror Games explores some rather lovely effects that are the sonic equivalent of dancing light patterns, refracting out over a bigger perspective. Moon Pearl is dubby, with light and shade, while Interlude 2 and Surface also explore a slower tempo to good effect. Wire Threat is extremely deep, the muffled kick drum and held bass a bed for slowly shifting, twinkling keyboards to move over.

Yes. Brunner’s music reveals more than you think it might on first listen, describing a picture the listener can create for themselves. It is darkly shaded and nocturnal, but is ultimately a strong companion to have around. Turn the music up and it works well in a small club space too.

Yes. Our perception might be that Recondite may not be challenging himself overly, but it takes great craft and invention to keep interesting in electronic music. Dwell is full of good things, and provides proof that Brunner is still producing some beautiful music. Those who already love his output will see no reason to hesitate here.