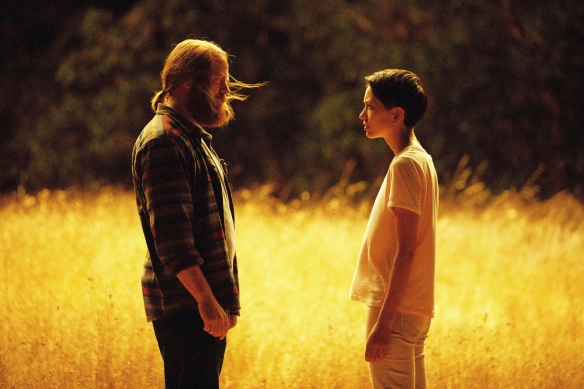 I have just finished watching Alex Garland’s new TV series Devs, a mind-bending look at the placement of humankind in history. I won’t say any more so that no spoilers are revealed, but I wanted to note the remarkable music that appears at important points in each episode.

The main ‘soundtrack’ is composed by Geoff Barrow (of Portishead fame) and Ben Salisbury, two regular collaborators with whom Garland has worked before on Ex Machina and Annihilation. If you watched and enjoyed those films then you will have to see this:

Barrow and Salisbury write music that ranges from deep, almost comforting ambience to sudden, sharp shocks that are heavily laden with menace. Around them sits a remarkable variety of music, which like the theme of the series travels between the deep and distant and recordings made just a year ago. Not many soundtracks can claim to use ancient chant, Free and Billie Eilish in the same breath!

The most striking appearance comes in the first episode from a groundbreaking album of 1994 which, like Devs, transcends time. The Hilliard Ensemble sing the ancient chant Regnantem sempiterna, which is remarkable enough, were it not for the saxophone of Jan Garbarek, soaring over the top. Garbarek improvises with pinpoint accuracy and incredible intensity. When heard with the clarity and visual craft of the pictures, the effect is almost overwhelming:

Meanwhile the music of Steve Reich comes to the fore at the beginning of the seventh episode, and not in the way you might expect. This is Come Out, the composer’s first published work from 1966. Based entirely on a four-second tape loop, it was recorded as part of a benefit event for the Harlem Six, and has one of the boys involved in the riot demonstrating how he worked to convince police he had been beaten while in jail. When Reich has finished with it, a rather disturbing work remains:

While Garland’s musical choices in Devs are key, the use of silence is also hugely important, either heightening the tension or giving the viewer room for context. In this way he makes the reappearance of music all the more meaningful. Far too many Hollywood directors feel the need to use music at every turn, but the likes of Alien have proved in the past how silence can be an asset too.

This means that when a song appears in Devs the instinct on the listener’s part is to seek it out immediately. When Guinnevere by Crosby Stills and Nash is used in the sixth episode, it works exquisitely at just the right point in the plot, heightened by the fact it was written in the same state – California – in which Devs is set:

Fifty years on, and the music of Billie Eilish carries the same understated impact. Her song ocean eyes has a remote beauty completely in keeping with some of Devs’ more clinical moments. The same illustrations can be made for contributions from Broken Bells, Patrick Cowley and especially Low, whose Congregation makes a standout appearance in the first episode.

Devs, then, comes with the strongest possible recommendation. It is thought provoking to a level that actually warps your mind, and I have to confess to some incredibly vivid dreams after watching it. Yet it is the clever and thoughtful use of music at every turn that elevates it to an even higher level.

This playlist, created by Simon Berthel, collects the music used so effectively in Devs. The score written by Barrow and Salisbury does not appear to be available yet, but I will be snapping it up when it is!