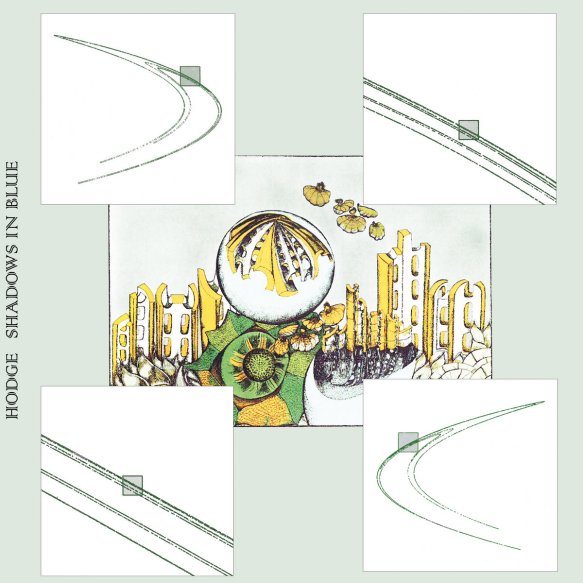 Having made a guest appearance on the Houndstooth compilation IDDK in 2018, Hodge joins full-time to release his debut LP on the label. He joins a list of luminaries such as Special Request, Throwing Snow, Aisha Devi and Marquis Hawkes.

Hodge – real name Jacob Martin – says his inspirations for the album come from pleasingly diverse sources such as gardening, science fiction, progressive rock and a penchant for raving.

Shadows In Blue feels like an outdoor record, as its inspirations would imply – yet it does occasionally disappear indoors for a heavy session clubbing. Hodge keeps his door open to a number of different styles, working with busy loops and spacious backdrops on the title track, and looking back in time to the mid-1990s for the rave he craves in Cutie.

Ghost Of Akina also feels older with its clattering beats, while Lanes keeps the energy high but takes a more machine-like approach. Meanwhile Lanacut gives a view of a more private side to the producer.

The progressive rock elements are not quite so explicit but are probably better made known in the original structures both of the tracks and the album. There is certainly a psychedelic strand that reveals itself when the busier tracks get going.

Yes, it’s a very cohesive album and Hodge has a busy state of mind that keeps energy levels high. His may not yet be a wholly distinctive voice but there are a lot of good things to commend Shadows In Blue, which shows how he knows his way round a studio.

Yes – as a signpost for the future especially. Shadows In Blue is a strong debut from a producer who joins a crowded field of British techno talent. It will be interesting to see how he progresses and how his individual voice blossoms from here.