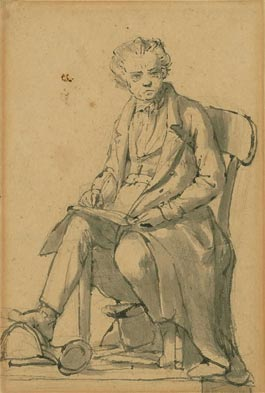 Very little is known of this short Rondo – and even its date of composition appears to be in doubt, at least from its appearance on a DG anthology played by Mikhail Pletnev. In his writing about the set, Barry Cooper places it around Beethoven’s output at the age of 12 – and its stylistic features would seem to confirm that.

The Rondo sounds like a study piece, with its polite theme – but as time goes on it turns out to be a bit of an earworm, especially when repeated and developed as the Rondo form demands.

With a classic Rondo form of A-B-A-C-A (each letter referring to the appearance of a theme) the ‘A’ section is the polite one. ‘B’ is more flowing, the music shifting to C major, then ‘C’ throws off the shackles a bit more before sliding rather provocatively back to ‘A’ – a subtle but eye catching chromatic movement. There will be many more to come in Beethoven!

All three performances are good. Pletnev is slightly more ‘pointy’ in his delivery, and that works well with the theme. Jenő Jandó goes with the flow nicely. Ronald Brautigam’s version appears on volume 13 of his traversal of the complete Beethoven piano works. This performance, with various other Rondos and short pieces, is on the fortepiano and is slightly lower in pitch, in keeping with pianos of Beethoven’s time. He gives it plenty of character.

Also written in 1783 Clementi 3 Sonatas for piano Op.9. You can read a little more about Clementi on Arcana here

Next up Piano Sonata in E flat major, ‘Electoral’