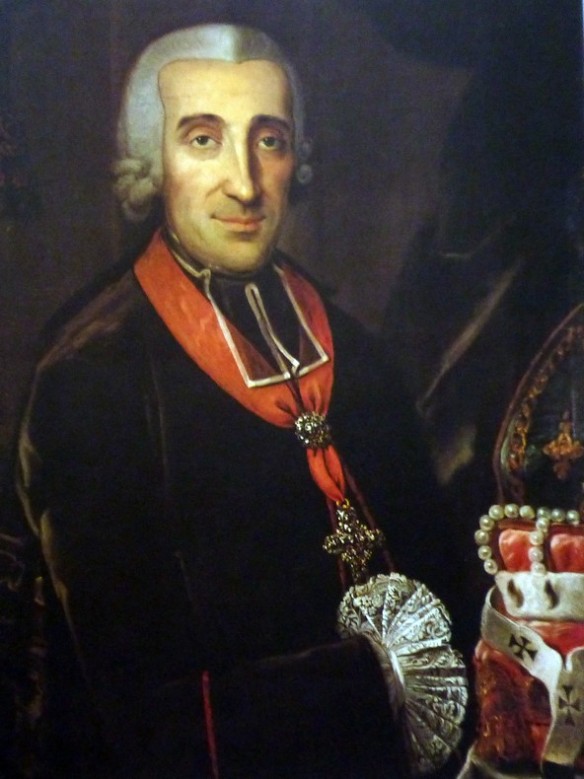 The three Electoral sonatas divide opinion among Beethoven scholars. While you can read largely complimentary thoughts in the background to no.1 – as appraised yesterday – Lewis Lockwood‘s biography decides that the three works are ‘short, undeveloped and crowded with stereotyped figures. He does however go on to concede that ‘still, these three little works show that the barely adolescent Beethoven could spin coherent phrases and short paragraphs as capably as many an adult professional.’

Charles Rosen‘s observation that Beethoven’s three Electoral Sonatas ‘start clearly from Haydn’s work of the late 1760s’ appears to have greatest traction with the second work in F minor. This key was important to Beethoven’s contemporary, and accounts for two of his most profound works – the Symphony no.49 (‘La Passione’) and the Variations in F minor for piano.

Beethoven too made use of F minor for important works, and it was a relatively brave choice to use it early on in his career as here. For Barry Cooper, writing in the complete edition as released on Deutsche Grammophon, this second sonata is ‘the most strongly emotional in the set, with powerful gestures that anticipate some of Beethoven’s later minor-key sonatas such as the Pathétique and the Moonlight.’

The first movement starts deep in thought, but Beethoven snaps out of that mood with a flash the music suddenly tearing forward. However it doesn’t completely throw off the mood of the sombre opening, which leaves its striking mark and brings to mind the writing of C.P.E. Bach in the process – not to mention the aforementioned La passione symphony from Haydn.

In spite of this the slow movement is the emotional heart of this sonata – and it is probably the most meaningful music we have heard so far. Time really does slow as Beethoven’s thoughts unfurl, a method with which we will become increasingly familiar as time moves on. Here it feels like we have a private audience with him as the music becomes more freeform.

The third movement, marked Presto, throws off the shackles, with a heavily ornamented melody which must be tricky to play. It means the music retains some tension despite its much quicker delivery.

There is a terrific account of this piece from Emil Gilels, whose playing gets to the heart of the emotion in the second movement but also catches the devil-may-care freedom of the third. Jenő Jandó also gives a fine performance, if slightly trailing in the wake of the Russian.

The playlist below is for all three Electoral Sonatas, and includes the two recordings discussed above – Emil Gilels and Jenő Jandó:

Next up Piano Sonata in D major, ‘Electoral’