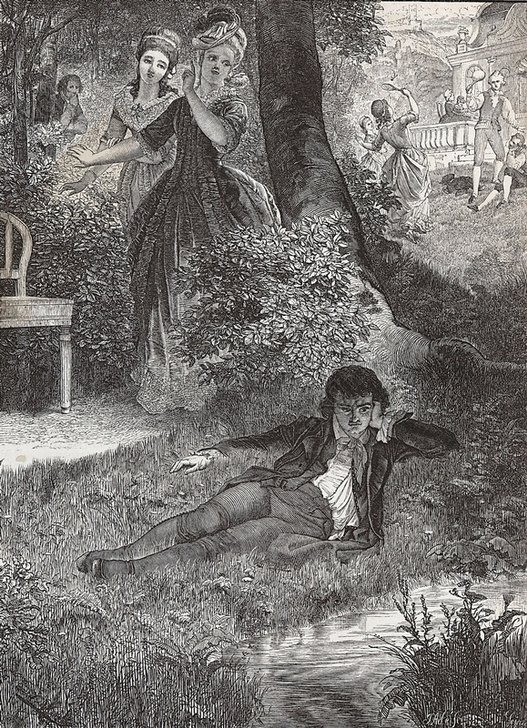 Primo amore is a passionate aria for soprano and orchestra, a single unbroken scene of a quarter of an hour. It was not published until 1888 – and initially it was thought to have been written in Vienna while Beethoven was studying with Salieri. However more recent, forensic analysis of the autograph score dates it to 1790-92, late on in his time at Bonn.

The aria sets an anonymous text on the subject of early love, and given its emotion surprisingly little is written about it by scholars of the composer. The focus is thought to have been soprano Magdalena Willmann, a daughter of Beethoven’s neighbour in Bonn, who had an unusually low range – or even Jeanette d’Honrath, described by the Bonn physician Franz Gerhard Wegeler as ‘a beautiful, vivacious blonde, of good upbringing and friendly character’.

Writing about the aria in the booklet notes for her recent disc of Beethoven vocal music, soprano Chen Reiss describes how Primo amore ‘displays a startlingly mature way of looking at love’s complexities, with its disjointed structure, inner turmoil and restlessness. The music – both instrumental and vocal – is strange, almost brutal in comparison with that of his contemporaries’.

The text for Primo amore is matched by Beethoven’s lovelorn music. ‘Primo amore, piacer del ciel! Penetrasti il mio cor’ (‘First love, joy of heaven, you penetrated my heart’). The soprano sings with long notes, often well above the accompaniment of a smallish orchestra. As the aria progresses so the mood becomes more fraught, the orchestra less controlled – and the lasting impact of this first love is laid bare.

Beethoven asks his soprano to cover a lot of ground, with lower notes in the opening pages but much greater heights later on. The writing feels very instinctive, the composer responding keenly to the text with music of broad phrases and great feeling. In the process he echoes some of the soprano writing in the Cantata on the death of Joseph II. Here, as in that piece, the singer is almost completely dominant – and the piece leaves a lasting impression.

Chen Reiss is a fervent devotee of Beethoven’s music for voice and it shows as she completely inhabits the loss and sorrow of the writing. Her beautiful tone soars effortlessly above the well-matched phrasing of the Academy of Ancient Music, who bustle along into the aria’s second section.

Reetta Haavisto, in another new recording for Naxos, sings in a much broader view of Primo amore, complete with expansive introduction from the Turku Philharmonic Orchestra under Leif Segerstam. Her voice has a creamy tone and is beautifully controlled.

Both sopranos hit the highest notes of the aria with some aplomb and manage the demanding range of Beethoven’s vocal writing impressively.