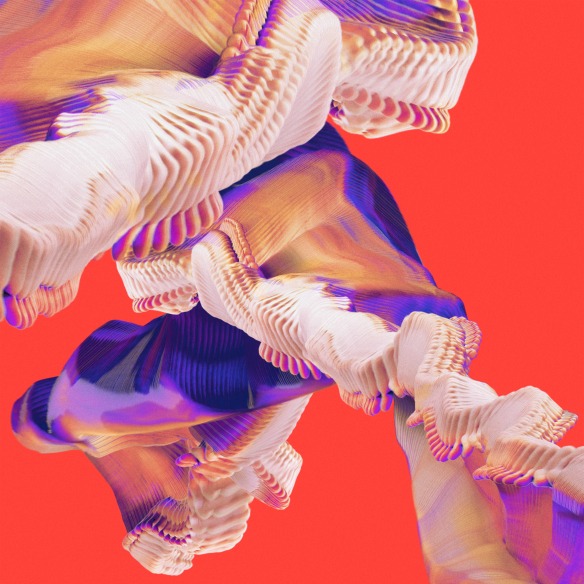 Isles is the second album from Bicep, the Belfast-born and London based duo of Matt McBriar and Andy Ferguson, who dazzled us with their self-titled album in 2017. On it they showed a love of early rave music and an ability to channel it into futuristic beats and soundscapes. This resulted in a number of high profile advert appearances (BMW especially) but also translates into a brilliant live show.

When live gigs do return, this ‘home listening version’ of their second album will find new impetus in front of an audience, with Bicep always keen to give their fans the biggest show possible.

In truth it would be impossible to recreate the primal thrill of Bicep’s debut, which was all about having the maximum possible impact on the dancefloor. Yet Isles runs its predecessor close, retaining the distinctive clipped beats and riffs that make the duo’s music instantly recognisable, and adding some imaginative samples and vocals drawn from international sources.

Second single Apricots is a prime example, powered by a double sample of traditional Malawian singers recorded in 1958 and a song from the Bulgarian State Radio and Television Choir. Along with Atlas it runs close to the sound of their first album, with enjoyable kinetic energy and early house highs. Meanwhile Sundial uses Asha Boshle and Bhupinder Singh’s Jab Andhera Hota Hai, a sublime piece of work catching the dazzling rays of our star.

The clipped beats find an ideal complement in the vocals of Clara La San on Saku, a singer who manages the balance of being quite subdued but capturing an underground garage sound. The two really feed off each other. Vocals of a very different kind inform the beatless Lido, based on a sample of a motet by Italian renaissance composer Carlo Gesualdo.

These examples show just how broad the reach of McBriar and Ferguson can be, a cosmopolitan approach that keeps a healthy edge to the music and gives the album a healthy variety.

Pretty much everything does. Just on occasion it would be good to see Bicep develop their source material a bit more, as in a track like Rever, with Julia Kent, which has a really good sample but doesn’t push on as much as you might expect. Elsewhere though, when the beats ping around like images on a 1980s video game, Bicep are on great form.

Yes. While Isles may not have their immediate thrills and spills of the Bicep debut, it still has plenty going for it. A fine follow-up which shows them to be great beatsmiths on record – and let’s hope it’ not too long before we get to see them live as well.