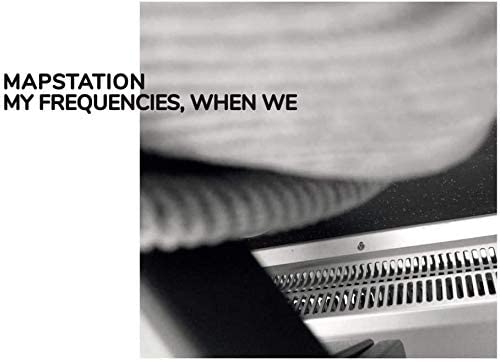 Düsseldorf’s Stefan Schneider is the man behind Mapstation, a pseudonym he has used on eight albums since 2000. This is his eighth album, recorded in isolation between March and August 2020 – and because of that his usual penchant for including guest musicians had to be rescinded. He also scaled back the equipment used, paring down to an analog tape loop device, a Roland 808 drum machine, a Novation Peak synthesizer and a guitar – not to mention his own voice, which appears occasionally.

Schneider tends to operate towards the lower end of the frequency scale, which ties in with the influences he holds dear. Dub music and Krautrock are perhaps the two most prominent, while perhaps inevitably for a Düsseldorf-based musician the slower side of Kraftwerk and Hans-Joachim Roedelius make themselves known on occasion. So, too, does the music of Cabaret Voltaire.

Mapstation’s music is never over-reliant on a single strain, however, moving with fluid ease between moods and speeds and often maintaining considerable tension. My Mother Sailor has a sonorous lower range, while the Cabaret Voltaire influence comes to the fore on the short but sharp Train Of Gerda. To A Single Listener is an intriguing track, like a musician noodling on the pedals of an organ in a snowstorm. The bleeps and tones Mapstation uses can be intimate or expansive.

Yes – though you need the right listening environment for My Frequencies to make a proper impact. Listening to it at home or in a studio would be the best environments, for the lower end frequencies to have maximum impact.

It is – followers of Schneider’s music will be pleased to note his quality threshold is still high…while followers of the Bureau B label will be satisfied.