This attractive concert was one of the calling cards for the Pärnu Festival, an annual event marking the end of its first decade in the Southern Estonia city. Its patron, conductor Paavo Järvi, was conducting his ‘home’ orchestra, the Estonian Festival Orchestra, inspired by Lucerne’s festival orchestra, in a nicely devised program of Mozart and the seldom-heard composer Eduard Tubin.

To begin with, Järvi and the orchestra were joined by pianist Lars Vogt in one of Mozart’s stormier utterances, the Piano Concerto no.24 in C minor. Vogt has been an inspiration in his career but particularly of late, documenting his battle with cancer in an admirably forthright fashion. Part of his therapy is to play music, to the extent of playing on an upright piano during his chemotherapy sessions, and also to take every chance offered to him to playing music live.

This only heightened the admiration and enjoyment for his performance here, as with heartfelt playing Vogt got right to the centre of this most dramatic of Mozart’s concertos. Järvi followed his lead and was helped by some very fine wind playing, particularly in the slow movement. The first movement had a great deal of Sturm und Drang, the angular contours of the main theme ideally phrased. Vogt’s solo episodes were impeccably delivered but always had an ear towards the orchestra, where the strings gave incisive commentary. The final Allegretto allowed a bit more room for playful exchange, and there was a wonderful shaft of sunlight as the music turned from minor to major key, sensitively engineered by the conductor. As a suitable ⁹encore, Vogt chose Brahms’ Intermezzo in A major Op.118/2, watched appreciatively from the sidelines by Järvi. 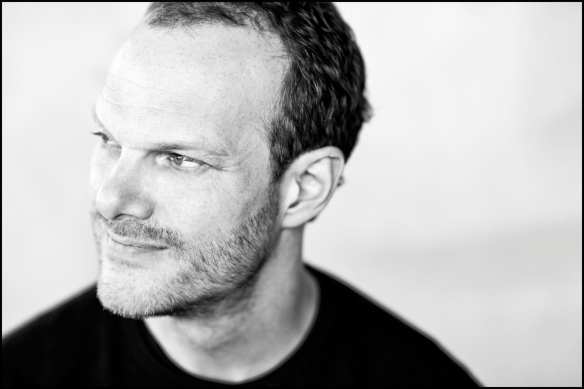 Eduard Tubin‘s Music for Strings was an intriguing choice just after the interval, representing a desire for the festival to showcase the music of Estonia itself. Tubin, who died in 1982, is still under-represented on the stage, but this was the ideal platform from which to appreciate it. Music for Strings is a slightly elusive but compelling piece, resilient and attractively scored. It brings an economical and slightly classical approach, but with forward looking harmonic language. When the bass strings dug in during the passacaglia first movement the furrowed brow of Shostakovich could be glimpsed, yet the upper reaches of the violins felt as though the music was reaching further north. The second movement was more mysterious and questioning, while the finale, an Adagio, featured excellent solo violin playing from the unnamed Estonian Festival Orchestra concertmaster.

The program finished with a suite from Tubin’s 1943 ballet Kratt (The Goblin). Composition for the whole work began in 1938, making use of melodies from the Estonian Folklore Archive in Tartu. Although the Russian occupation of Estonia in 1940 forbade modern music, Kratt passed the sensors on account of its use of traditional themes, and not the way in which they were treated – which has reminiscences of Stravinsky and Prokofiev. Tubin constructed the shorter suite in 1961, to a commission from the Royal Stockholm Philharmonic Orchestra.

The ballet is based around a peasant who builds a magical figure (Kratt) in order to make him rich – but to do this he has to give three drops of blood to the devil. Perhaps not surprisingly the story does not run smoothly, with the peasant – and his soul – meeting a grisly end at the hands of the goblin. Yet the side plot of a love affair on the farm where the peasant lives brings more light hearted material.

Tubin’s music is ideal concert fayre, tuneful and with lively orchestration. Järvi ensured the syncopations of the dance numbers were sharply rendered, bringing through Tubin’s imaginative writing for wind and brass in particular. The final dance scene was the most captivating, with a soulful cor anglais solo leading into the driven rhythms of the Dance of the Exorcists, featuring the added punch of the orchestral piano. The Goat and The Cock were sharply characterised, bringing reminders of Mussorgsky’s Pictures At An Exhibition, before snarling brass punctuating the outgoing Dance Of The Northern Lights, a more rustic affair. The brass themselves were completely on point, especially in the final statement, warmly received by the audience.

This was a most enjoyable concert, confirming the warm atmosphere in which this festival operates. It is clear Paavo Järvi and friends are building something special here, and it is to be hoped when restrictions are finally lifted that the chance will arise to experience it in person.

Lars Vogt talks about his music making after his cancer diagnosis in February and his ongoing treatment with Kate Molleson on BBC Radio 3’s Music Matters, available on BBC Sounds