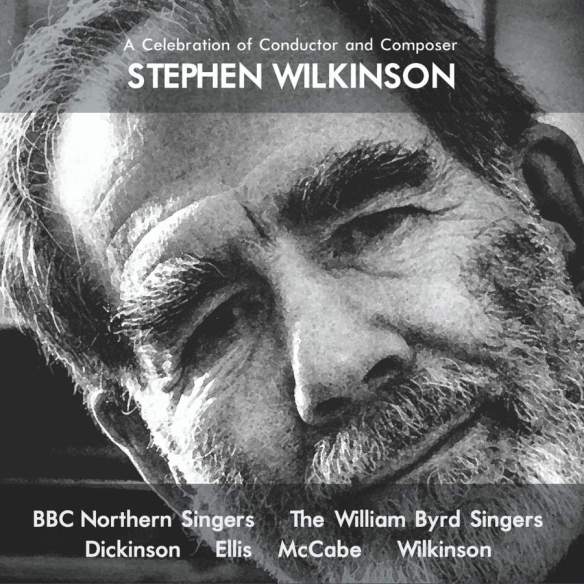 The always enterprising label Prima Facie releases an album to celebrate the centenary of the conductor and composer Stephen Wilkinson (b1919), whose many decades of work with both the BBC Northern Singers and the William Byrd Choir is appropriately commemorated here.

The selection begins with Peter Dickinson’s Late Afternoon in November, a setting of a poem he himself wrote and one whose distanced, often desolate imagery inspires music in which the underlying slowness of pulse and stark emphasis placed on certain words or phrases yields an anguished tone rare in the composer’s output. This performance by the BBC Northern Singers was indeed the world premiere and emphasizes Wilkinson’s assured direction of a demanding piece, the commitment in whose realization hardly something that could be taken for granted.

The remainder is sung by the William Byrd Singers, of whom Wilkinson was the director for almost 40 years. It duly makes the most of Visions, John McCabe‘s elaborate and often eight-part setting of a poem by James Clarence Mangan whose ranging across mellifluous vocalise and visceral chant is conveyed accurately and with not a little sensitivity. If that of the same poet’s Siberia encourages a more direct and (understandably) plangent response, the overall textural variety in this four-part chorus is felicitously judged throughout what is another responsive reading.

For many years a senior producer for BBC Radio in Manchester, David Ellis is also a notable composer, witness his resourceful and often imaginative response to the traditional sequence for Christmas time Sequentia in tempore Natali Sancti. In its astute alternation between full choir and solo voices, it makes for an admirable foil to the straightforward approach adopted by Wilkinson in That Time of Year – a setting of Shakespeare’s Sonnet LXXIII that enfolds its autumnal musings within a sound-world that is monochrome while luminous in character.

The programme is interspersed with Wilkinson’s arrangements of four folksongs taken from his collection Grass Roots – being Welsh, English, Irish and Scottish respectively. Thus, the ruminative As I walked out is followed by the gentle eloquence of Rowing down the Tide, the winsome melancholy of The Lark in the Clear Air, before the steadily accumulating vivacity of The Piper o’ Dundee. Also included here is the charming Betjeman’s Bells, three settings of texts by the Poet Laureate whose music was ingeniously derived from traditional sources.

As an overall sequence, very much so. While none of these pieces makes use of the extended techniques encountered in much post-war choral music, they are rarely easy technically and the care in preparing these performances (including several world premieres) is evident from every bar. A pity that full recording details have not been included, though the quality of the remastering means that few, if any, allowances need be made for presumed older recordings. The booklet notes place each of these pieces within a meaningful as well as relevant context.

Indeed. That Wilkinson is still active as composer, and reader for his daughter’s early-music ensemble Courtiers of Grace, is itself gratifying. This archival release goes much of the way towards explaining why his presence on the English choral scene has been a beneficent one.

For further information on this release, and to purchase, visit the Prima Facie Records website, and for more on Stephen Wilkinson click here