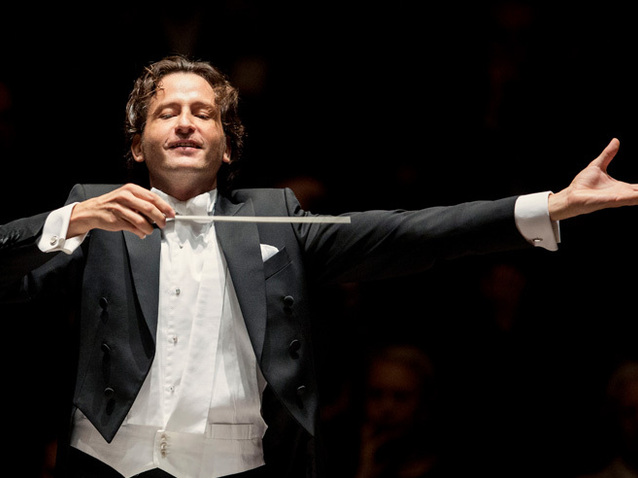 This afternoon’s programme (repeated from yesterday) by the City of Birmingham Symphony Orchestra saw a welcome reappearance from Dame Sarah Connolly for a relatively rare hearing, at least in the UK, of Ernest Chausson’s probable masterpiece Poème de l’amour et de la mer.

Often described as a song-cycle, Poème is closer to a scena with its unfolding over two large parts separated by an orchestral interlude. Drawing on texts by Maurice Bouchor, these evoke what is ostensibly the protagonist’s ill-fated affair but whose deeper resonance suggests more that disillusion afforded when revisiting the past. Such a trajectory could easily have resulted in indulgence or even self-pity, avoided through Chausson’s unerring formal control over his subject-matter as well as a thematic resourcefulness sustained across the near half-hour span.

Following in a distinguished lineage of mezzos (among them Dame Janet Baker), Connolly brought out the playfulness of La fleur des eaux as it conveys the burgeoning of love against a heady seascape – doubt only creeping in towards the close as the passing of a year is contemplated. This is represented by the Interlude in which first appears a theme dominant by the close, and while the opening of La mort de l’amour brings a renewed anticipation of arrival, the anguish occasioned by forgetfulness is transmuted into a brooding fatalism – the composer drawing on an earlier song for this sombre final stage. Connolly’s eloquence came into its own here, abetted by a soulful response from cellist Eduardo Vassallo among an orchestral response abounding in soloistic finesse. A powerful reading of a still underestimated piece.

Chausson lived a further six years after its premiere in 1893, whereas Tchaikovsky lived just nine days after the premiere that year of his Pathétique before his still-contested demise. Here again, there was no undue emoting thanks to Gustavo Gimeno’s firm grip over the complex formal and emotional trajectory of the first movement – not least its explosive development culminating in an anguished yet also consoling reprise. The ensuing intermezzo had charm but also a purposeful underlying tread – not least in its wistful trio, then the scherzo amassed no mean impetus through to an explosive second half whose orchestral response evinced no mean virtuosity. Heading straight into the finale, Gimeno sustained expressive tension right through to the closing bars as here faded into a silence born of resignation rather than defeat.

The close of that year brought the premiere of Humperdinck’s ‘fairy-tale’ opera Hänsel und Gretel – then, as now, the work by which this undervalued composer is best remembered and whose prelude encapsulates the essence, though not the totality, of the drama while proving equally effective as a concert-overture. Gimeno paced this unerringly, thereby allowing its animated central phase to merge unobtrusively out of then back into the confiding warmth either side. At least one major work written in 1893 can be said to have a ‘happy ending’.

Next week’s concert brings pieces from very different eras – Brahms’s First Symphony and Rachmaninov’s Third Piano Concerto being preceded by another of the CBSO’s Centenary Commissions, an evidently celebratory overture by Mark-Anthony Turnage called Go For It.