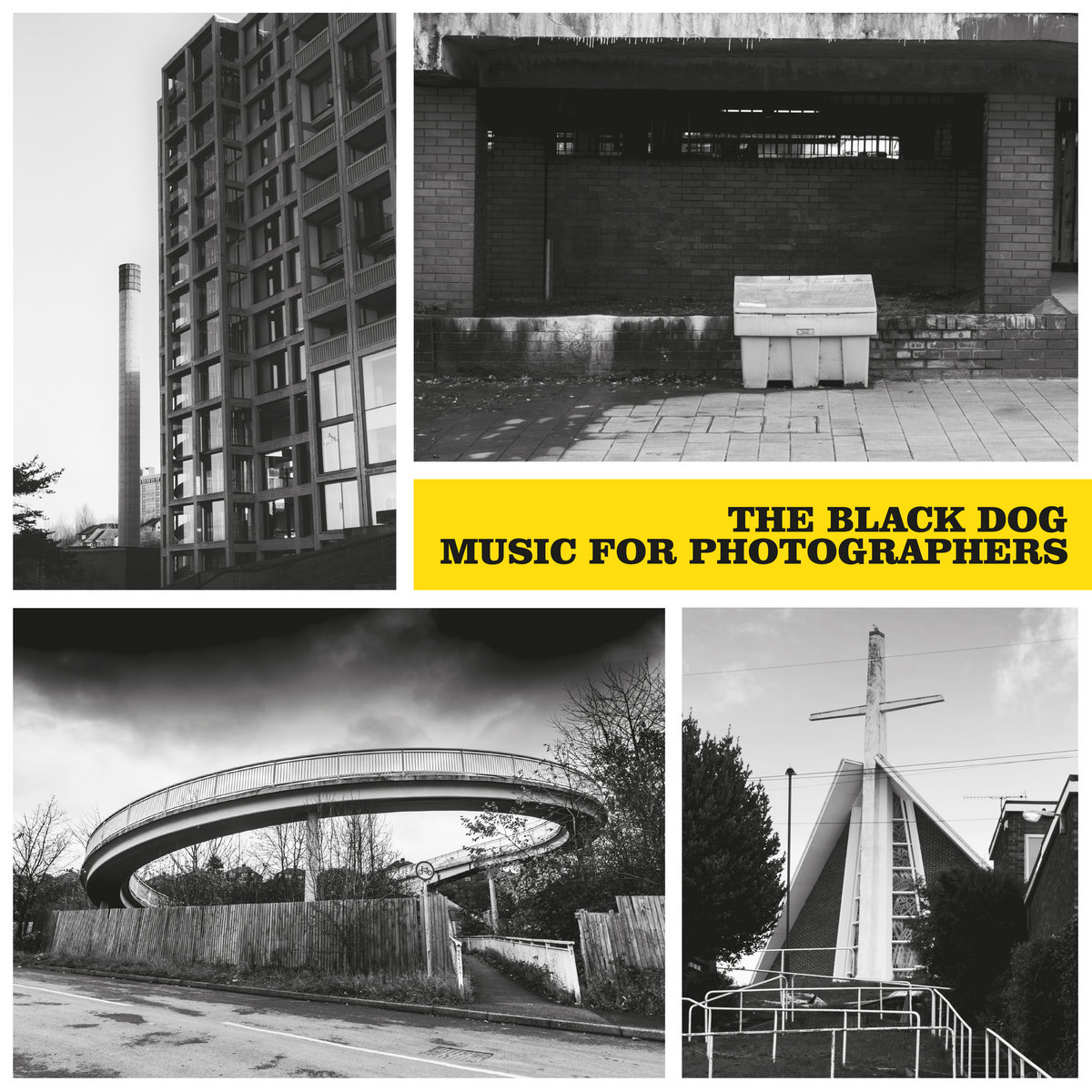 Over the last two years, The Black Dog have been documenting their home city of Sheffield in visual form. If you follow them on social media you will surely have seen some of the city’s brutalist architecture featuring in moody black and white. Those images came at a price though, for the duo had the frustration of having to revisit some of their subjects to get the optimum results.

What they needed was a restful soundtrack to help them deal with the frustration or the anguish of developing and choosing the right photos, and so Music For Photographers was born.

Over the course of their careers The Black Dog have shown themselves to be incredibly versatile in their music making. This album brings a slower style to the surface, but one that shows the intensity of their working.

Dust Bunnies creates a lovely space, on the bleak side to begin with but gradually revealing a warmer musical language. Sensor is open and beautifully weighted, while Norman Foster Knew sounds like an ancient slow chorale rendered on an old organ. Bokeh Bokeh Bokeh takes a slightly bumpy rhythm as the clouds gather, and it cuts straight to the excellent Re-Pho-Kuss with Oliver Ho, a slightly dubby but highly atmospheric track.

We Are All Memories holds its poise really nicely, suspended on a consoling chord, while by contrast Lightroom Lies, Darkroom Doom is a study in sonic displacement, its long held notes laden with menace and darkly ominous. The clouds do eventually clear a little, however, as the track enters its last quarter, and we end in a suspended nothingness, as though the sky has turned an unusual colour. Finally Lost In Lines enters a trance state, gently pulsing mid range still quite darkly shaded but offering consolation.

It does. The Black Dog hold a very impressive poise throughout this album, and the statements are shot through with an elegance and intensity.

Yes – another successful long player to add to the impressively long list the Sheffield duo have now clocked up. Watching their development is proving to be a rewarding experience – if a slightly expensive one for fans because of their prolific form!