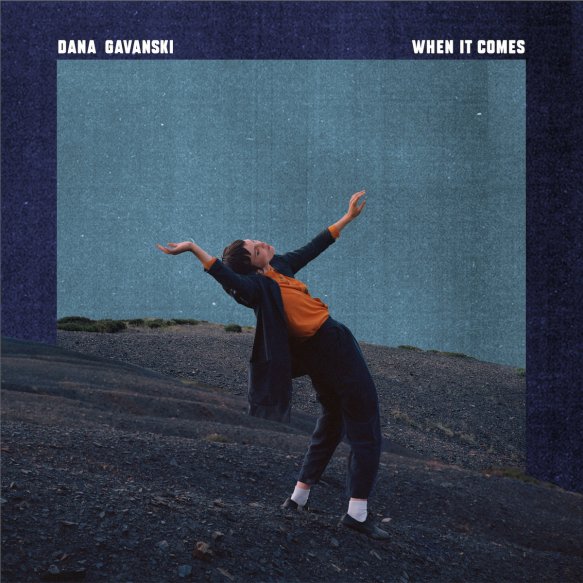 The story behind When It Comes is a powerful one. The second album from singer-songwriter Dana Gavanski, it celebrates the voice as an instrument, from the perspective of recovering lost vocal cords. She uses the album to bring her voice back to a musical way of thinking, a celebration of music itself.

The story explains the album’s precise but very natural vocal style, with strong communication the name of the game.

Bewitching. Gavanski has a lovely voice, bolstered by an accent that celebrates her heritage – Canadian raised and of Serbian descent, recording in the UK – as much as it celebrates her voice as an instrument. Gavanski’s partner James Howard deserves a great deal of credit for the instrumental support, and how he makes the voice the star of the show but creates a lovely tapestry behind it.

There is simplicity to this music, but welcome quirks too. I Kiss The Night, with its pure arpeggios, is the most obvious example, rooted in the ‘simple’ key of C major but actually revealing more layers with closer listening. The Reaper finds subtle humour in its straight faced delivery, with increasingly hypnotic offbeat vocals as it progresses. Gavanski’s vocal is beautifully weighted throughout both songs, as it is for Letting Go, an expressive admission that “I need your love” with hints of vulnerability around the edges in the oblique harmonies.

Bend Away & Fall has a different atmosphere entirely, powered by metallic harpsichord but with comforting sighs in the vocal line. It is a charming song. By contrast, Lisa – the most substantial song on the album – creates a portrait from the viewpoint of the sea, watching subjects pass by day after day. For the author it is about recognising what’s in front of her, in this case a richly coloured and textured seascape, brought to life in multicolour.

There are elements of Stereolab vocalist Laetitia Sadier in her delivery, also a little Jane Birkin and Cate Le Bon, but these should be used as guides rather than influences, as Gavanski’s style is very definitely her own. Knowing To Trust, the closing song, shows the voice at its purest and most romantic, bringing the listener in close with its often hushed delivery. “I know your face”, she coos at the end.

The instrumentation is often worth listening to on its own, responding to the voice with music of dexterity and colour. The Day Unfolds gets locked into a charming, hypnotic repetition, and the same fate befalls Indigo Highway, its gentle triple time oscillations complemented by Gavanski’s longer phrases.

It does. There is both strength and vulnerability in Gavanski’s singing, and the album works its magic through this combination, with a rich mixture of styles and moods.

It is. When It Comes is often a memorising album. Dana Gavanski has created a rarefied atmosphere that offers us a route in to the very soul of her music. She is a profound singer and songwriter whose emotive music deserves to be heard far and wide.