It might have been one of the few positive outcomes to come out of the pandemic, but the decision to programme these 20 pieces by young composers – commissioned by the City of Birmingham Symphony Orchestra as part of its Centenary Commissions – in a single concert rather than across several seasons, as originally intended, paid dividends in terms of highlighting what was an important strand of the orchestra’s activities and so enabled an overview of present-day creativity that would have been impossible within a more generalized context.

Just how the running-order was determined was unclear, but the various juxtapositions were almost always to the advantage of each piece. Benjamin Graves grasped the nettle with music all about becoming rather than being, and Laurence Osborn implied more than even anarchic humour in intricately enveloping textures. Aileen Sweeney favoured an unabashed cinematic outlook, while Yfat Soul Zisso took centre-stage for her demonstrative take on a relatively circumspect poem by Howard Skempton. Chloe Knibbs drew a halting eloquence from the interweaving string sections, in contrast to the vividly gesticulating essence that doubtless reflected the convictions of Florence Anne Maunders. There was an appealingly whimsical quality to the writing of Bethan Morgan-Williams, then a ruminative aspect to that by Ryan Latimer veering towards the hymnic. Héloïse Werner favoured a gestural approach whose vocalise brought continuity almost despite itself, before Stephane Crayton rounded off the first half with music whose brooding understatement seemed an ironic comment on its title.

Playing violin alongside Bethan Lloyd’s impulsive vocal, Simmy Singh offered a lament of insinuating elegance, then Tyriq Baker focussed on the strings for a study of no mean pathos. Joel Järventausta must have been pleased with the performance of and response to his deftly ominous piece, as too Kristina Arakelyan by the rendering of her diptych with its evocative writing for cor anglais. Ben Nobuto fairly revelled in his capricious portrayal of the concept of ‘exiting’, whereas Millicent B James provided an undeniably charismatic rendition of her text-based setting. Angela Elizabeth Slater intrigued the ear with her fastidiously oscillating textures, while Nathan James Dearden teased out those competing implications from the title of his piece with a tellingly sardonic touch, before Anna Appleby pitched her instrumental take on verse by Elizabeth Barrett at a thoughtfully oblique remove. Ironic that the closing piece was the only one to have been heard before the pandemic, but Liam Taylor-West duly pulled out the stops with music whose scintillating orchestration more than deserved revival.

Throughout this programme, the CBSO gave its collective all over what was a considerable range of idioms – abetted by the assured conducting of Clark Rundell (above), who also introduced each half as well as providing continuity between items whenever necessary. Good to hear that the concert was being recorded by NMC Records for later digital release (with maybe an issue on CD too?), and all due credit to The John Feeney Charitable Trust for continuing to fund the orchestra almost seven decades after its first commission. The story continues… 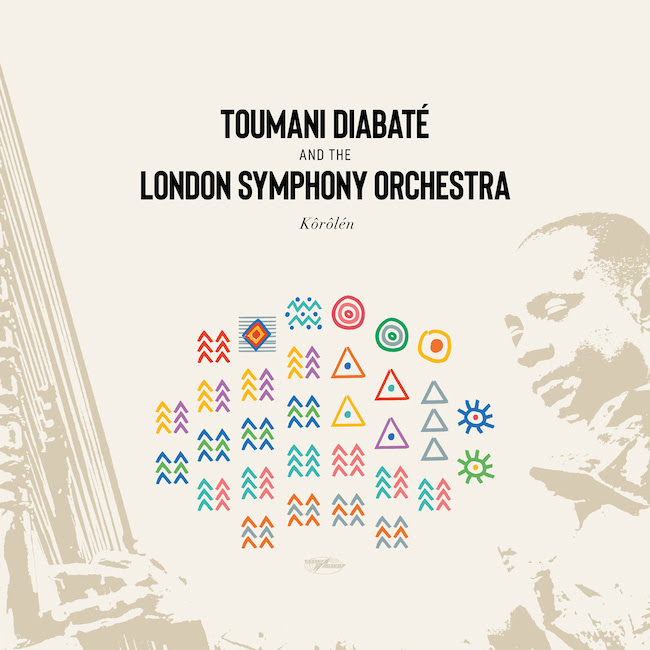 This is the second cross-genre collaboration for the London Symphony Orchestra to be released in as many months, following on from their successful work with Floating Points and Pharoah Sanders, already getting plaudits as an album of the year contender. However this issue of a concert with Malian Toumani Diabaté and his ensemble dates from 2008, another of the kora player’s efforts to bring African music to new audiences.

With arrangements from Nico Muhly and Ian Gardiner, the 21-string kora is set alongside contributions from other Malian musicians and the fulsome presence of the London Symphony Orchestra, bringing forward music that, as Diabaté says, has a tradition stretching back beyond the music of Bach. Ultimately his vision is that we ‘look at African music in a new way’.

Rather wonderful. The early exchanges of Haïnamady Town establish the sound world of the kora and orchestra, with an opening solo from Diabaté showing off his fluid and sensitive playing. The serene strings provide colour around the edges, dressing the material rather than dominating it, but as the suite progresses the orchestra takes a more prominent role.

Balafonist Lassana Diabaté comes to the fore for Mama Souraka, a response to the kora that brings fresh, outdoor energy to the music. Attractive woodwind colours are the feature of Elyne Road, which segue to an attractive round that develops. Cantelowes Dream is a longer sequence, where Diabaté takes longer phrases, spinning them above held strings and gently undulating balafon. The music pauses in the middle, giving room for dialogue with the flute.

Moon Kaira has extra propulsion with a recurring bass motif and solos from kora and marimba, and is ultimately taken over by joyful string motifs. Mamadou Kanda Keita provides a fitting climax, beautifully sung by Kasse Mady Diabaté in the first vocal of the album, rapturously received by the Barbican audience.

In every way. Many collaborations between electronics, jazz and / or symphony orchestra miss the mark because of balance issues, with everything turned up too loud or with too many notes given to too many instruments, or because one or more of the musical parties are not on the same wavelength. This makes Promises all the more remarkable, for even the LSO strings, adding their contribution a year hence, are fully in the moment.

The ‘less is more’ approach of this collaboration pays off in every way. Sure, the music is slow moving, but that is an essential part of its appeal, a meditation for large forces securing the most intimate of responses.

Yes, provided the piece is experienced as one. Gardiner and Muhly’s arrangements are nicely weighted, giving the right amount of balance with the African instruments and only occasionally threatening their clarity. The brightness of the wind instruments and softness of the strings complements the studied, picked timbres of the kora. Conductor Clark Rundell gives the music all the room it needs, lending the exchanges an instinctive, almost improvised quality. 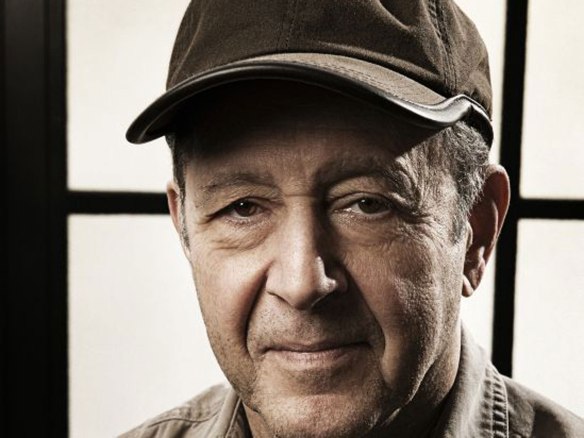 The Barbican venues were dominated this weekend by Steve Reich, whose 80th birthday fell on October 3rd and whose music is the most vital manifestation of the minimalist aesthetic, as well as a pervasive influence on later generations of essentially non-minimalist composers.

The Saturday evening concert itself offered a fair overview of Reich’s evolution across three decades. Pendulum Music may be more an art installation than musical composition, but the presence of 16 people each setting a microphone in motion, such that the resulting feedback is projected by accompanying speakers, makes for a music-theatrical experience of no mean efficacy. A thought persists whether Reich might have been encouraged to do for pendulums what Ligeti had done for metronomes with his Poème symphonique just six years previously?

Utterly consistent in his compositional techniques, Reich has never written intrinsically bad pieces though he has written a few boring ones. There could be no doubting the effectiveness with which David Tanenbaum adapted 1994’s Nagoya Marimbas into Nagoya Guitars, even though the resulting canonic interplay barely sustained interest over its six minutes. Nor did the presence of live guitarists make Electric Counterpoint a riveting experience – not helped by amplification that blurred the interplay of the 11 leads and muddied that of the two basses.

This programme was to have featured Reich’s WTC 9/11 (by some way the most meaningful response to those atrocities in New York), but few would have begrudged revival of Different Trains. Here a live string quartet and three pre-recorded equivalents are overlaid with speech patterns as evoke their literal and metaphorical ‘journeys’ to spellbinding effect, above all in the climactic central Europe – during the war section where observations of three Holocaust survivors become integrated into a soundscape as affecting as any Reich has (and could ever have) achieved. Framed by engaging recollections of the composer’s peripatetic childhood in America – before the war, and a more reflective sequence focussing on observations After the war, it is likely to remain Reich’s masterpiece and Minimalism’s defining raîson d’être.

After which, Pulse was a gentle come-down. This latest Reich work deploys its ensemble of woodwind, strings and pianos via interweaving canons in music that pivots between repose and torpor – with more than a hint of American ‘ruralism’ as regard its harmony and texture.

Back to more immediate concerns with Three Tales – the second of Reich’s collaborations with the video artist Beryl Korot, and his closest engagement (to date) with the premises of contemporary music-theatre. There are three parts, and these are strongly differentiated as to era, concept and underlying form. Thus Hindenburg unfolds as a suite where reportage of the 1937 zeppelin disaster frames imagery of its construction and (over-reaching) ambition, while Bikini is akin to an oblique sonata-design in which footage from the air, on the atoll and on the ships is imbued with expressive intensification and ominous Biblical undertones.

These latter are to the fore in Dolly, where images of the first cloned mammal become the catalyst for six sections akin – in musical terms – to developing variation in the way over a dozen talking heads, with their ‘outlooks’ on the future, are juxtaposed in a sequence whose implosive final dialogue of Kismet (a socially intelligent humanoid robot) with its creator parallels changes from external to internal technological developments over the last century.

Hugely ambitious (despite its barely hour-long duration) and far more compellingly presented than on its previous Barbican outing over a decade ago, Three Tales might still promise more than it delivers, but its attempt to grapple with contemporary issues remains absorbing and it is to be hoped that Reich and Korot will take on one more collaborative challenge. Tonight’s realization overcame technical hitches to convey its emotional charge in full measure, Clark Rundell drawing a precisely coordinated response from Synergy Vocals and Britten Sinfonia.

Reich and Korot were on hand for a post-performance discussion where the former was asked as to future-plans. His immediate task is for a piece on the principals of the ‘concerto grosso’, which will doubtless emerge revivified at the hands of this perennially resourceful composer.