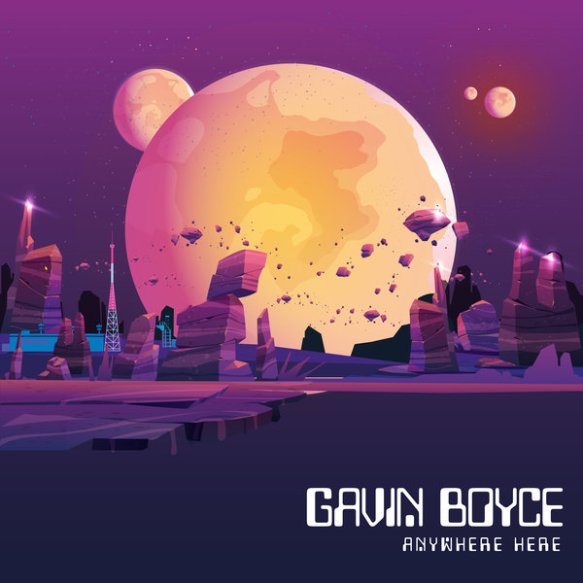 It has been out for a couple of months, but when you consider the debut album from Irish producer Gavin Boyce has been two decades in the releasing, what’s a few days between friends?! In that 20 years Boyce has been concentrating his endeavours on the single or EP format, with a stream of high quality house, techno and deep disco releases, many of them released on the excellent Canadian label Nordic Trax.

Their relationship goes back to 2012, and includes the much-loved Haboo, but his reputation for quality and positive house goes back a long way before then, with a fine bouncy vocal track called So Obvious getting pride of place on a Sessions mix by Mark Farina in 2006.

Anywhere Here contains a 2021 album mix of Haboo and a new version of Boyce’s 2008 release Face Down, alongside 10 other originals.

You don’t have to spend much time at all with Anywhere Here to know that it carries the imprint of an experienced production hand. Yet with Boyce experience has never bred over-familiarity, and he has always had a strong inventive streak running through his house music. Each of the instrumental tracks here on the carries a spark, a spring in its step, with a bit of class too.

Try Be Grand, a really strong nocturnal track that introduces itself with a slightly dubby tread. Haboo is predictably brilliant, an airy version for the album capitalising on its strong reputation, while Radarz has a similar open air feel, powered largely by a two chord progression on the piano.

Boyce’s beats are reassuringly solid throughout, with tracks like Olive Groves ideally paced and structured. Face Down introduces some sharper tones, while the flowing piano on Kitui has an end of day warmth, with the poolside beckoning. Anywhere Here, the last of the dozen, is arguably the best with its probing melody.

Yes. Boyce stretches his 12 tracks over 80 minutes and structures them like a DJ set, so the peaks and troughs are beautifully managed, with an assured selection of beats and grooves that keep their vitality throughout.

It is, provided you bolster your Gavin Boyce collection with a selection of mixes from the singles he’s already released on Nordic Trax. Anywhere Here shows off his prowess as an album artist though, capable of keeping the floor full as the dozen tracks take us on a journey filled with strong, colourful grooves. All Boyce needs to do now is make sure he doesn’t leave it another two decades for the next one!