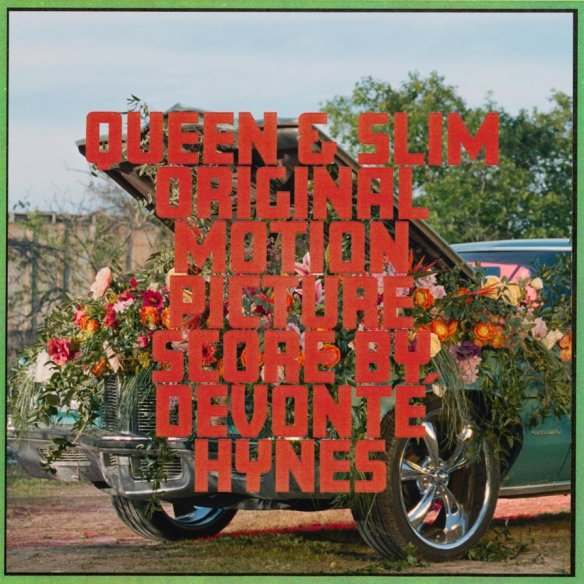 It has been quite a year for Devonté Hynes. While keeping his Blood Orange pop persona very much in the foreground through touring and the new Angel’s Pulse mixtape, he has really furthered his ambitions to be a composer of soundtrack and ultimately classical material. The latter projects have borne fruit with the Third Coast Percussion Ensemble, but the soundtrack ventures have also progressed with this, his second soundtrack commission after Palo Alto, completed for Gia Coppola in 2013.

Directed by Melina Matsoukas to a script from Lena Waithe, Queen & Slim has been well-received, a romantic drama with an undoubtedly tragic overtone. Without giving away too much of the plot, that is the loose blueprint from which Hynes’ score evolves.

With 20 tracks spread over little more than 36 minutes, it is perhaps inevitable that Queen & Slim feels a little fragmented at times. Yet as Hynes has already shown us in his pop music that he is capable of setting a scene with very little padding to his structures, and so it proves here.

Kids may be just over a minute but even in that time it shows a tender heart to its string scoring. This cuts to the rather more sombre piano of Hair, but here too Hynes expands the sound with a doleful saxophone. Opening then shows his ease with analogue or digital sources, teasing out threat-ridden music with little more than dissonant drones and a bass drum.

Of the more substantial numbers on the soundtrack most stick in the memory. A Couple Deer has a lovely calming sonority, while Love Theme makes much from little material, not greatly substantial but hitting the right emotional spot.

Slim Calls Home spreads out its perspective to big reverberation but then Uncle’s House reintroduces the ominous drums of Opening, which Get Upstairs and Start The Car take a step further. Hynes has a distinctive way of pointing his strings and the textures bode ill rather than good.

Sneak Out is perhaps the most distinctive and unnerving track of all, and at four minutes has time to develop. It begins with rough tremolos from solo string instruments that provide eerie outlines rather than solid shapes, the uneasy atmosphere not helped by the introduction of a wavering bass line.

A resolution is ultimately found, but despite its initially consonant chords the music of Arrival is bittersweet, with booming percussion and string-based dissonances returning to cloud the picture. The closing track Kissed All Your Scars remains affected by this but provides more respite.

Some of the snippets of music are little more than descriptive postcards in the style of Max Richter, forming briefly sketched portraits but unable to say much more than that in half a minute. They do still show Hynes’ deft way with scoring, however.

Yes, largely. Some of the promising material is frustratingly short but necessarily so, meaning the listener has to deal with occasionally being sold short when enjoyable scenes or moods move on abruptly.

With that taken in to account, Hynes sets his scenes with very little fuss and plenty of flair. As an orchestrator he is of the ‘less is more’ approach, which gives him plenty of room for manoeuvre.

Yes. If you are following Hynes’ work on all fronts then this will be essential listening, and it serves as an exciting pointer to show where he might go next. His is one of the most inquisitive minds in music currently, and the ease with which he moves across genres is rare indeed. It will be interesting to see if he moves on to bigger structures in the future.

You can purchase this release from the Domino website 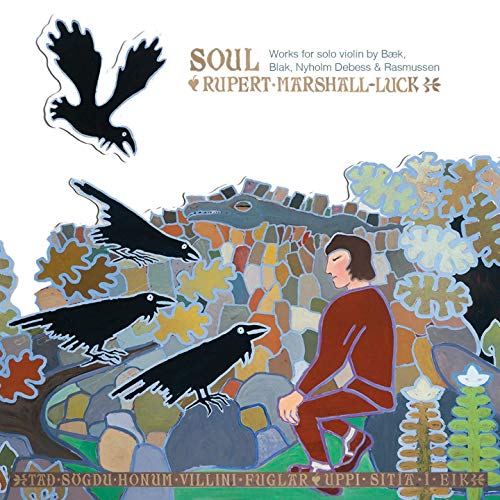 The violinist Rupert Marshall-Luck takes time out from his extensive commitment to British music (and no less extensive schedule for the EM Records label) for this revealing collection of unaccompanied pieces by composers who were born or are resident in the Faroe Islands.

Although a self-governing region of Denmark across more than seven decades, classical or art music was slow in taking root in the Faroes, its music-making almost entirely vocal until the 1960s. As with its northerly neighbour Iceland, the creative scene has subsequently been transformed to the extent that these islands currently enjoy a profile out of all proportion to their population in terms of its range and diversity. Soul may only scratch the surface of this musical wealth, but it also underlines the potential of what might appear a restricted medium.

This disc sets off unequivocally with Echoes of the Past by Sunleif Rasmussen (b1961), an eventful sequence of episodes such as makes full use of the violin’s potential for heightened expression and meaningful display; all the while given focus by a trajectory as unfolds from combative unease towards a searching if tenuous repose. Quite a contrast with Variations for Solo Violin by Edvard Nyholm Debess (b1960), its traditional Faroese hymn-tune providing the basis for six variations which draw on a range of textural and emotional shading, without losing sight of the intrinsic character of the theme before its affecting return. More discursive in its content is Afturundirgero by Kari Baek (b1950), evoking a seascape in which turbulent cross-currents are vividly conveyed through harmonic clashes by turns soulful and astringent.

The remaining two pieces are both by Kristian Black (b1947), born in Denmark but resident over many years in Torshavn where he has been a prime mover in the emergence as well as dissemination of Faroese classical music – not least via his enterprising label TUTL Records. Inspired by a ballad about the Danish queen, Bohmerlands Dronning unfolds as a rhapsody in which various aspects of the ballad can be heard to permeate the content and influence the direction of what is eloquent and ultimately fatalistic music. Blak’s Alvarann also takes its cue from a Faroese ballad, though here progress is audibly more quixotic as the violin charts a course from subdued anticipation, via the steady accumulation of energy, to an impetuous culmination whose unbridled virtuosity leaves no mean drama and even anguish in its wake.

Yes, not least in that these five pieces amount to a programme the sum of which is greater than its parts and which – given the relatively short playing-time – is best experienced as a whole. A tribute, then, to the resourcefulness of the composers as well as to Marshall-Luck, who renders each work with that combination of interpretative insight and technical finesse familiar from his performances and recordings of British music. More pieces for violin solo, or with piano accompaniment, would be worth encountering – maybe as a follow-up disc?

Indeed. The Faroes are a nexus of creativity within the European cultural framework, as this disc makes plain.

Readers can check out the Summartonar Festival of Contemporary Music here, and the TUTL website by clicking here

For more information on Rupert Marshall-Luck and on this release, visit his artist website