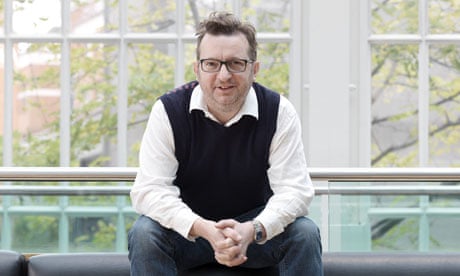 Concert:
Turnage This Silence (1992)
Alberga On a Bat’s Back I do Fly (2000)
Saunders Stirrings (2011)
Turnage Concertino for Clarinet and Ensemble (2020) [BCMG commission: World premiere]

Birmingham Contemporary Music Group began its new season with a concert centred around music from Mark-Anthony Turnage, and what should have been a premiere to mark his 60th birthday last year but which still left a favourable impression however belated its emergence.

First came an earlier Turnage piece, This Silence drawing clarinet, bassoon, horn and string quintet into an intensive dialogue whose opening Dance built up a fair momentum that the ensuing Dirge channelled towards an eloquent if by no means unruffled set of variations as found just tentative closure. Three decades (and a brief Uli fanfare) later, Concertino exudes a far more relaxed aura, doubtless occasioned by its being a tribute to clarinettist (and fellow sexagenarian) Jon Carnac – his artistry to the fore in the playful Study in Fifths and incisive Carnac with its ingenious workout on the soloist’s name. In between, a soulful Romanza afforded contrast but if this and the final Sad Soliloquy found Turnage’s cool-jazz leanings at their smoothest, the alluring interplay of clarinet and ensemble was no less appealing for it.

In between these works came, firstly, a timely revival for Eleanor Alberga. On a Bat’s Back   I do Fly takes its cue from Ariel’s final song in Shakespeare’s The Tempest for music whose fluid contrasts of motion and expressive force, ably drawn into a cohesive whole, brought an agile response from BCMG – not least percussionist Julian Warburton. Appreciably different was Stirrings, the third in a sequence of ‘‘quiet and fragile collage compositions’’ by Berlin-based composer Rebecca Saunders, which took extracts from Samuel Beckett as the starting-point for an evocative soundscape whose simple yet effective spatial disposition – woodwind being situated around the gallery, with strings and piano spread across the platform – audibly enhanced the succession of echoes and resonances informing this frequently intangible score.

The pre-concert event (essentially the first half, given the interval which followed) brought a welcome further hearing of Ma Xiao-Qing’s Back to the Beginning, arguably the most striking of the ‘Soliloquys and Dialogues’ series written for BCMG musicians during the pandemic – violinist Colette Overdijk eliding between some vividly rhetorical passagework and spoken interpolations with a confidence borne of familiarity. Ulrich Heinen then gave the premiere of Heinen Skizzen, a miniature wholly typical of Howard Skempton in its deceptive simplicity.

This latter piece ably served its purpose of honouring Heinen’s retirement from BCMG after 35 years of commitment to the ensemble and its music-making. Not a few listeners (including the present writer) fondly recall his cycle of Bach’s Cello Suites given at St. Paul’s, Hockley in the late 1980s, with his subsequent recordings of the initial five of these – placed within a stimulating contemporary context – well worth investigating on the Métier Sound and Vision label. Hopefully his retirement will not preclude the occasional reappearance with BCMG.

Back to the present, this evening’s main concert is being repeated at West Malling in Kent on September 26th, with BCMG’s subsequent recitals in Birmingham and Bristol on November 12th and 13th. A full programme of activities for the 2021/22 season hopefully (!) lies ahead.