A welcome facet of the Enescu Festival, the Concerts in Other Cities schedule could easily be overlooked owing to distances involved in this sizable country. That said, a day in Târgoviște is eminently feasible. Just 50 miles and a 90-minute train journey from Bucharest, it features several historic buildings (notably the Chindia Tower) that can be visited prior to an evening concert – on this occasion, by the Muntenia Philharmonic Orchestra with principal conductor Daniel Jinga. A quick online perusal suggests the majority of their concerts are of a popular or ‘crossover’ nature, making their playing in this programme of unfamiliar and technically demanding compositions the more impressive – not least in as unsparing an acoustic as the main hall of Trade Unions’ Cultural Centre (a scaled-down version of London’s Barbican).

It may be a relatively early work, but the Transylvanian Suite finds Pascal Bentoiu utilizing folk elements within the context of an already distinctive idiom. Each of its four movements draws on music from a region of Transylvania, and Jinga secured a lively but always flexible response from his musicians for a piece in the lineage of Bartók’s Dance Suite or Enescu’s Romanian Rhapsodies. Surely the most significant post-war Romanian symphonist, Bentoiu had from the start an innate command of the orchestra as was scintillatingly in evidence here.

Peter Donohoe (above) then took the stage for Dinu Lipatti’s Concertino in the Classical Style. Most of Lipatti’s larger-scale pieces are from the period before his playing career took precedence, with this Concertino typical in its synthesis of folk melodies with a neo-classical idiom closer to Hindemith or Ravel than Stravinsky. Modest in their dimensions these may be, Donohoe rendered its four movements with deft insouciance and poise, as heard to advantage against the modest instrumentation which abounds in contrapuntal ingenuity and harmonic finesse.

Impressed with the response of the players as of a near-capacity audience, Donohoe returned for substantial encores of Mozart’s Sonata in A minor then Ravel’s Alborada del grazioso – both of which feature in Lipatti’s select discography and given here with engaging vitality.

The second half brought a rare hearing for Enescu’s Fifth Symphony. Substantially drafted over summer 1941 but left in abeyance with its first movement largely orchestrated, it was Bentoiu who undertook a full realization during 1995-6 of what he considered the composer’s requiem for himself.

The first movement centres upon that endlessly evolving melody which was made possible by Enescu’s conception of heterophonic texture – the music afforded its momentum via acutely differentiated timbral layers that coalesce into an unlikely but audible sonata design. Its successor recalls the folk-inflected poignancy of the Suite Villageoise, now with a fatalistic undertow that comes to the fore in the ensuing Vivace which brings the only rapid music of the whole work. Essentially an adjunct to the finale, this culminates with the finale’s gaunt opening theme – the latter movement then unfolding as a funeral march whose valediction is transcended in the setting of Mihai Eminescu’s poem Mai am un singur dor -emerging not as a contrives apotheosis but an organic culmination of all that has gone before.

A combination of the dry ambience with acoustic enhancement meant that Andrei Lazăr was balanced too forwardly against the orchestra, yet he sang with great eloquence (not least his unaffected parlando in the closing lines) – the women’s voices of the Acoustic Chorus adding an ethereal halo to those closing stages. Jinga instilled real forward motion into the opening movement, then brought out the wistfulness and anguish of its two successors. Whether here or in the radiant aura of the finale, his instinctive feel for this piece could hardly be gainsaid.

Make no mistake, this was an enterprising programme in which the Muntenia players was on occasion hard-pressed but rose to its challenges with commitment and enthusiasm. Hopefully orchestra and conductor will secure themselves a concert in Bucharest at the 2021 edition of the Enescu Festival, yet anyone visiting the capital two years hence should certainly consider spending a day in Târgoviște – a compact and appealing city, while hardly an inappropriate place for a first live encounter with the last as well as most elusive of Enescu’s symphonies.

You can listen to Pascal Bentoiu’s completion of Enescu’s Symphony no.5 in a CPO recording released in 2014. Marius Vlad is the tenor soloist, with the NDR Chor and Deutsche Radio Philharmonie Saarbrücken-Kaiserslautern conducted by Marius Vlad:

Tonight’s concert from the Oberon Symphony featured a British premiere (the second from this orchestra) in the Fourth Symphony by Enescu. Written largely during 1933-4, this was left in abeyance with only the first movement and the start of its successor orchestrated. That the work was structurally complete enabled the composer and musicologist Pascal Bentoiu (who would have turned 90 this month) to prepare this in 1996 for performance; since when, there have been several more hearings in Romania and Germany but not until now in the UK.

Compared to the opulence of its two predecessors, the Fourth Symphony is audibly a product of the inter-war years. Playing for around 33 minutes, its three movements evince traits from Bartók and Stravinsky, but there is little overtly neo-classical about a content which features some of the most emotionally charged music Enescu wrote. Much of this impact is achieved by opening-out the nominal formal designs in a process of continuous variation that extends across the piece, and resulting in a ‘tragedy to triumph’ trajectory beholden to no precedent.

It was that sense of music in perpetual evolution that came over strongly in this performance. Adopting a trenchant yet never inflexible tempo for the opening Allegro, Samuel Draper duly brought out the drama and pensiveness of its main themes, then found no mean eloquence in the climactic stages prior to a brutal descent into silence. From here emerges a fusion of slow movement and intermezzo that unfolds uncertainly but never aimlessly across a landscape of echoes and allusions; an intensifying processional Draper controlled superbly while ensuring the melismatic solo writing was accorded necessary expressive space. There was a palpable expectancy conveyed as the finale hovered into view; this free rondo evolving as if a ‘stretto’ of mounting activity to a coda whose affirmation is informed by evidently bitter experience.

It was just such an ambiguity that came across so tangibly here, Draper maintaining seamless momentum throughout this movement’s formal complexity and textural intricacy as found its fulfilment in the tonal resolution of the closing bars with their implacable final chord. This set the seal on a reading of real conviction and insight, in which the Oberon SO has rarely played better, that communicated itself readily to the enthusiastic audience. The UK may have had to wait over two decades to hear this work live, yet its essential worth was more than vindicated.

The first half prepared well for the Enescu with a trio of contrasted pieces whose juxtaposition itself offered food for thought. Starting as incidental music then briefly finding a home in his First Symphony, Mahler’s Blumine had a wistfulness and poise to the fore here, then Bartók’s Romanian Folk Dances elided keenly between incisiveness and elegance. Schubert’s ‘Tenth Symphony’ is one of music’s great might-have-been’s, the Mahlerian overtones of its central Andante made explicit in Brian Newbould’s realization as in Draper’s sensitive interpretation.

An impressive showing, then, for the Oberon Symphony as it approaches five years of making music. And, with the Fourth Symphonies of Brahms and Vaughan Williams scheduled for the next two concerts, its future programming promises to be no less ambitious and resourceful.

Further information can be found at the orchestra’s website 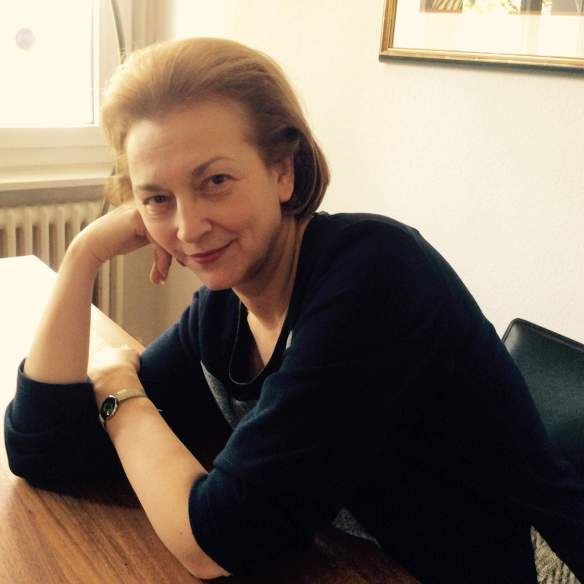 The death – in February last year – of Pascal Bentoiu robbed Romania of its finest composer after Enescu, as well as a musicologist and cultural polymath of stature. Save for a broadcast performance of his comic opera Doctor Cupid in 1969, little of his music has been performed in the UK – making this recital and talk at London’s Romanian Cultural Institute a welcome redress. The talk, given by this author and musicologist Mihai Coma, provided a context for three song-cycles given by Bentoiu’s daughter Ioanna and regular pianist Lena Vieru Conta.

Schumann’s Frauenliebe und Leben was evidently Bentoiu’s favourite lieder cycle and while the overt sentiment of Adelbert von Chamisso’s verse may now seem cloying, the symphonic integration achieved during this telling of a relationship from the female perspective retains its innovatory impulse. Taking care to convey this sequence as a formal and cohesive totality, Bentoiu and Conta were yet mindful of the subtly varying emotional nuance between each ‘movement’ and that sense of resigned fulfilment such as permeates the touching final song.

Although orchestral work latterly came to dominate Bentoiu’s creativity, his output of around 30 songs is a significant and no less typical facet of his composing. The three sonnets which comprise Eminesciana II finds him marshalling the ardent rhetoric and imaginative flights of fancy in which Mihai Eminescu writing abounds. No less distinctive are the piano interludes that not only connect these three settings but also point up musical as well as semantic links between them. Clearly, they need to be explored in the context of the wider song tradition.

For their final offering, Bentoiu and Conta turned to Enescu, and the best known of his song collections. Modest in dimension yet abounding in pointers to the music of his maturity, the Sept Chansons de Clément Marot (of which Bentoiu latterly made an insightful arrangement for chamber orchestra) ranges from ribald humour to searching pathos; the formalized texts yielding an emotional acuity that was tangibly realized by singer and pianist. Enescu, as with Bentoiu after him, was nothing if not penetrating as to his insights into the human condition.

The evening was enhanced by photographic exhibition Pascal Bentoiu: His Life and Works, as curated by Irina Niţu and produced by the George Enescu National Museum in Bucharest. This is at the Romanian Cultural Institute until April 27th, then in part at St James’s Church, Sussex Gardens on Saturday 29th April at a concert by the Oberon Symphony Orchestra and Samuel Draper which includes the UK premiere of Enescu’s Fourth Symphony – completion of whose orchestration was among the most significant of Pascal Bentoiu’s later endeavours.

For further details on the Oberon Symphony Orchestra’s forthcoming concert of the Fourth Symphony, head to their website