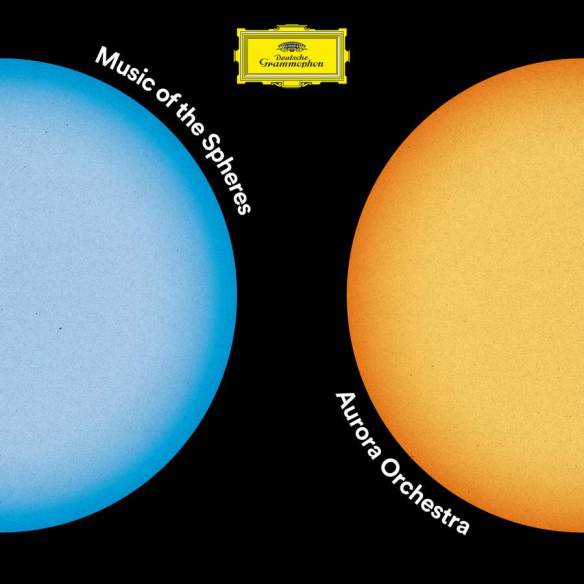 Only the Aurora Orchestra could put together an album running from Mozart to David Bowie. Yet as we have seen from their previous themed releases such as Insomnia and Road Trip, there are no gimmicks involved in their musical choices and a clear theme runs through the programming.

Music of the Spheres is no exception, beginning with Mozart’s Jupiter symphony before music from Max Richter (Journey), Dowland via Muhly (Time Stands Still) and the Violin Concerto of Thomas Adès, subtitled Concentric Paths. The soloist here is Pekka Kuusisto, while the Aurora play the Jupiter symphony entirely from memory, as they did in the BBC Proms in 2016.

There is something for everyone here. Mozart’s Jupiter symphony is his 41st and final essay in the genre, setting a new bar for the form when it was completed. While the first three movements are particularly fine it is the finale that comes in for the greatest acclamation, for its well-nigh perfect fusion of melody and counterpoint.

Richter’s Journey CP1919, is inspired by and named after the discovery of the first Pulsar star. It fits perfectly onto the tail of the Mozart, running at a slow speed and operating in C minor rather than the earlier piece’s key of C major.

By contrast Adès’ Concentric Paths operates in a wider orbit, the violin soaring at great heights over the compelling orchestral writing, which has in its spiralling strong echoes of the music of Benjamin Britten. As soloist Pekka Kuusisto has described, ‘it’s hyper-emotional music for people in an accelerating world’.

Complementing these instrumental pieces are two songs of identical length but very different form – a serene early 17th century song from Dowland and one of the best-known pop songs of the 20th century. Having heard from Jupiter and CP1919, Sam Swallow asks, to effective arranged accompaniment, is there Life On Mars?

Pretty much! The Jupiter gets an athletic performance from the Aurora Orchestra – no dallying here, or lingering on expressive notes. That does mean a darkening of the slow movement, and maybe some constricted phrases, but by contrast it means an exciting first movement, a mysterious Menuetto and a lithe finale, busy and brilliantly played.

The Richter is haunting and really effective, its simplicity leaving the orchestra plenty of room to create a remote atmosphere. The songs are great too – Iestyn Davies is the perfect choice for the Dowland, with Nico Muhly’s sensitive orchestration, while Sam Swallow puts his own stamp on Life on Mars? without losing the essence of the original, which is an impressive achievement.

Yet the performance I kept coming back to was Pekka Kuusisto’s white-hot rendering of the Adès. This is terrifically difficult music to play, but he makes it sound easy even at the highest points of the violin range, and the moods range from serenity to power and even anger as the music moves relentlessly forwards. On occasion I have to admit I find Thomas Adès music hard to relate to emotionally, but this is a clear exception and the music digs deep.

Yes. The Aurora’s albums are great at bringing music of very different origins together, exposing new elements and old qualities, and it does so again here. Freshly minted Mozart and brilliantly played contemporary works, plus a good deal of imagination. What’s not to love?