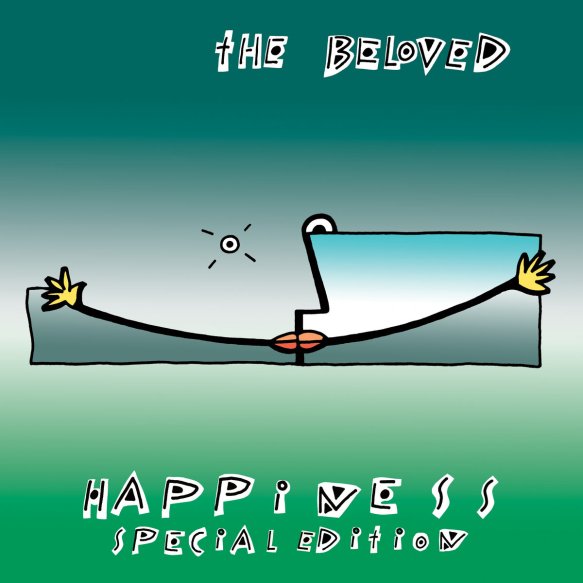 Music can make you feel old sometimes. With the recent trend for deluxe reissues of older albums that is happening on an increasingly regular basis for this particular writer! However in the case of The Beloved, initial horror at their standout album Happiness reaching 30 years of age is replaced by the pleasure of a chance to listen to it again – now in the company of a number of exclusives.

The album has been remastered and reissued with its distinctive and attractive artwork, very much of its time but also falling in nicely alongside the misty-eyed memories people have been creating of Ibiza recently. After the Heritage Orchestra’s Ibiza Classics tour and the White Lines series on Netflix, the reissue of Happiness is timely – and it’s tempting to say it’s a shot in the arm for us late in the summer.

Inevitably Happiness sounds dated now, but when you hear it alongside the more clinical Ibiza sounds of the current year its analogue charm is only amplified. There is a strong, positive thread running through the album too which is enormously helpful in these times. Songs like Hello, Don’t You Worry, The Sun Rising and I Love You More all hit the ears sunny side up, with Jon Marsh’s husky vocals enjoying the Balearic climate.

The Sun Rising continues to stand as one of the very finest tunes from the early 1990s, its blissful piano-led house music fit for any dawn-themed chillout set. The knowledge that it was written while the sun rose over Nunhead only increases its likability, totally suited to everyday phenomena. The roll call of Hello is always fun but also meaningful, trying to picture all the different people Marsh name checks and also identifying how they match up. It’s a great set of soundbites.

The extra material offers a great deal of context, especially with the accompaniment of the booklet notes, where Marsh confirms that he and Steve Waddington were ‘doing our own thing. Absolute musical freedom.” That much is confirmed by Acid Love, Sally and Jackie (Won’t You Please Come Home?), all of which are footloose and euphoric if occasionally on the ragged side. The influence of New Order is put to good use on these songs in particular.

Mostly. There are a couple of more obvious album tracks towards the album’s close, and some show their age a little more readily, but this is still a very strong set of songs suitable both for the singles chart and for the centre of a dancefloor. The Beloved really hit a rich vein of form around this time, and it’s great to be reminded of the artwork that complements it so well. They really were in touch with Ibiza clubbers at the time.

Yes. With lockdown, quarantine and external pressures creating anxiety like never before, the reappearance of Happiness provides just the sort of escape its listeners will be looking for, along with the simple assurance that maybe things will be alright after all. When you listen to any of the singles on here, The Beloved make you feel that could indeed be the case!