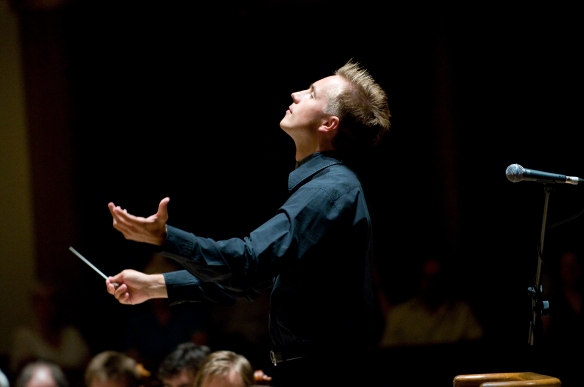 Richard Whitehouse talks to conductor Vasily Petrenko about the music of Enescu and Scriabin, his work with two orchestras who have flourished under his direction (the Oslo Philharmonic and the Royal Liverpool Philharmonic) and not confusing your Petrenkos!

Chatting with Vasily Petrenko is precisely that: an informal exchange of ideas and anecdotes with none of the potential divisions between interviewee and interviewer. Not that this in any way belies his commitment as a conductor, having brought the Royal Liverpool Philharmonic Orchestra to the 15th Enescu Festival in Bucharest (they first appeared here four years ago) for two of this event’s most ambitious concerts – the second of which featured the Romanian composer’s lavish and hugely demanding Third Symphony (given its London premiere only last February). Was this a work Petrenko had conducted previously?

“No, and I can’t wait to hear how it comes together this evening [for the record, it was an undoubted highlight of the festival]. Enescu still suffers from being thought of as a composer of folk-inspired music, but there’s far more to his thinking. The Third Symphony is an important stage in the evolution of the genre after Mahler, and only really makes its mark in a large venue such as the Grand Palace here in Bucharest. I doubt whether it could ever become a repertoire piece, yet much the same was said of Mahler’s symphonies up until the 1960s so you can never be sure.”

Hopefully Petrenko will soon bring his other orchestra to the Enescu Festival – the Oslo Philharmonic, of which he has been Chief Conductor since 2013. Having appeared at the Edinburgh Festival last month, and with a UK tour next March, theirs is building into an equally auspicious partnership – underlined by the imminent appearance of Scriabin’s First and Fourth Symphonies on the LAWO Classics label. Although no longer the cult figure he once was, Scriabin is still viewed with a degree of suspicion and his abilities as a symphonist treated with some scepticism. 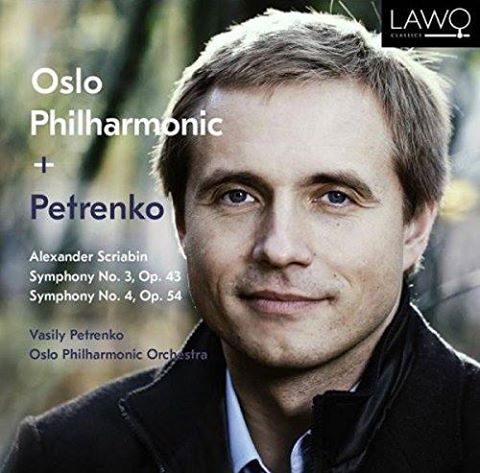 “I think there are several reasons for this, not least his premature death in 1915 and the advent of the Bolshevik Revolution three years later which meant that Russian music took a very different route from that on which Scriabin was headed. Clearly the piano music – the sonatas in particular – has become part of the twentieth-century repertoire, and I feel that the five symphonies are due the same recognition. You have to remember, too, that Scriabin’s evolution came at a time of immense ferment across all the arts – not least music; indeed, I tend to feel that the history of music from the Renaissance onwards is one of an increasing acceleration, so the early twentieth century was a real explosion of possible ways forward. Only now, perhaps, can we view this era more objectively and get a balanced overview of what was achieved. When this happens, I’m sure that Scriabin’s symphonies will be seen as crucial to their time.”

Was it fortuitous that The Poem of Ecstasy was being designated on this new disc as Symphony no.4? “Not at all, and you can be sure that Prometheus – The Poem of Fire will be given as Symphony no.5 when we record it. Scriabin himself had no doubt these pieces followed on chronologically from his previous symphonies and it’s not difficult to hear why. I think what we might call ‘extra-musical’ factors have tended to draw attention away from their musical content – the formal rigour and especially the thematic economy of which the composer was capable by then.”

Petrenko’s commitment to the Scriabin cause is such that he is keen to perform and, if possible, record Preparation for the Final Mystery that the composer had envisaged prior to his death, and which was realized over the course of three decades by musicologist Alexander Nemtin. “I imagine that the precise nature of Scriabin’s Mysterium [a week-long synaesthetic ‘happening’ in the foothills of the Himalayas, intended to bring about the purification of the human race] can never be known, and maybe even the composer wasn’t too sure beyond the overall concept. Yet the ‘Preparation’ as Nemtin has realized it is more than an indulgence: I feel it stands up as a musical statement in its own right, and would be a great way to crown our work with Scriabin. I’ve little doubt, too, it would come across much more effectively in Oslo’s Konserthus than some remote performance space in the Himalayas!”

Mention of the Konserthus is a reminder that the orchestra finally looks set for a new concert hall – to be situated on the waterfront at Filipstad, with the Oslo Philharmonic as the principal tenant and the project to be financed in conjunction with the building of a congress hotel on the adjacent site. Petrenko remains optimistic, albeit cautiously so, concerning future developments.

“Thirty years on from the initial proposals, and this looks like becoming a reality. Of course, there will always be those who say such a project is taking up resources that could be better used elsewhere, but if you consider the positive impact this is likely to have in terms of infrastructure and employment, then there can be little doubt why it should get the go-ahead. I very much hope it will come about during my tenure with the orchestra.”

Indeed, there seems no reason why Petrenko’s four-year contract in Oslo should not be extended before long. In Liverpool, meanwhile, he has an open-ended contract which only requires him to give three years advance notice of when he wishes it to be concluded.

“This is ideal in that it enables us to plan ahead, with more than enough time in hand when either of us feels the need to move on. I’m proud of what we’ve achieved together so far [not least cycles of Rachmaninov symphonies for Warner and Shostakovich symphonies for Naxos], and there’s no reason why it should end when we’re able to put on concerts such as those at this year’s Enescu Festival. That said, I was more than a little surprised when I received congratulatory emails and tweets about taking on the Berlin Philharmonic Orchestra from 2018 [actually the conductor Kirill Petrenko]. It’s great to be popular, but some people had evidently confused their Petrenkos!”