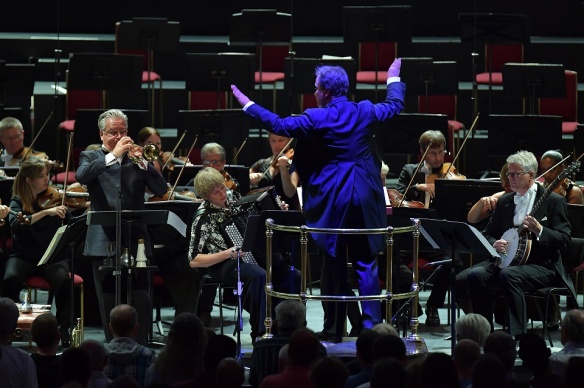 You can listen to the Prom on the BBC iPlayer

Sakari Oramo continues to inspire. His tenure with the BBC Symphony Orchestra to date has been characterised by imaginative programming and excellent performances, and putting an obvious spring in the orchestra’s musical steps.

Last year they delivered a Prom capped by Beethoven’s Seventh Symphony, an account that fizzed with enthusiasm and vigour, and these same qualities were on show for the Fifth Symphony here. Oramo’s speeds were on the aggressive side, the slow movement arguably losing a bit of expressive heart because of it, but the faster movements unquestionably thrilling in their verve and forward drive.

Because of this approach, music that could have been over familiar received a new, sparkling coat of paint, and excellent woodwind contributions, particularly from new oboist Henry Clay, elevated the standard of playing. Guest leader Malin Broman set the tone with great vigour.

The first half gave us two contemporary pieces of very different impact. Timbres, espaces, movement became a three-movement orchestral piece when Henri Dutilleux revised it in 1990, and in this performance we could revel in its beautifully shaded colours, its sudden, strident unisons, and its captivating rhythms – all reflecting the painting on which it is based, Van Gogh’s Starry Night. 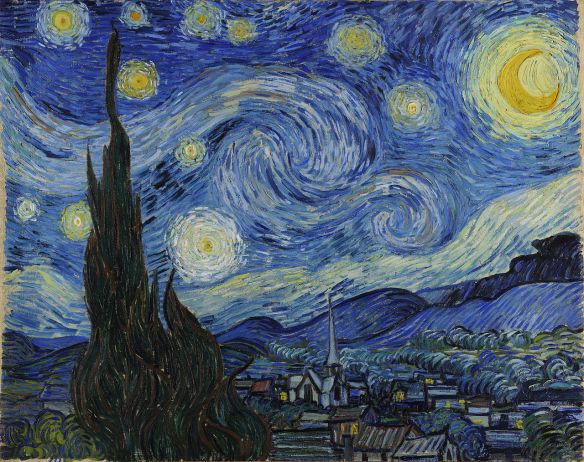 These were expertly delivered by the BBC Symphony percussion, while in the second movement the glorious spectacle of twelve cellos highlighted the genius in the composer’s part writing as well as the deep lyricism of his melodies. This was the third Dutilleux performance of the week, capping a very strong trio begun with The Shadows of Time and the Cello Concerto Tout un monde lointain…

Less obviously successful was the substantial piece by HK Gruber, Busking – a work from 2007 receiving its UK premiere. Again the composer’s inspiration was a painting, in this case Picasso’s Three Musicians: 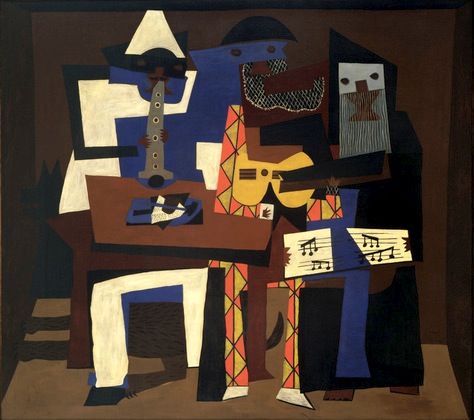 Despite an excellent performance, in which trumpeter Håkan Hardenberger turned various shades of red and purple, all the while staying fully in command of his instruments, this was a piece that unfortunately ran out of steam quite early on.

A very promising beginning, with swaying syncopation brought on by the trumpeter with just his mouthpiece, ultimately lost its rhythmic impetus. Unfortunately the balance between the three soloists also became skewed heavily in favour of the trumpet, at the expense of brilliantly played detail from accordion (Claudia Buder) and banjo (Mats Bergström).

A doleful slow movement briefly evoked a melancholy cabaret, and did so very effectively, but here again the tones of the trumpet dominated, despite Hardenberger’s use of the mellow flugelhorn. This was not the fault of the players – and could also reflect Arcana’s position in the arena – but it was a shame to miss out on the touches of humour elsewhere. By the third movement, where some energy returned, the piece had by that time run out of substance.

That should not count against the overall success of this Prom, however, as the excellent performances of the BBC Symphony Orchestra reaped their just rewards.

You can hear other Dutilleux performances at the BBC Proms by following the links below: