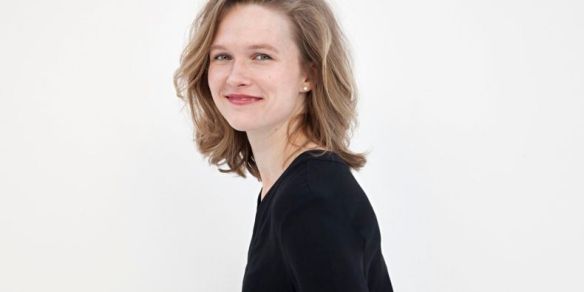 It might not have been on the scale of the two weekends with which the City of Birmingham Symphony marked the centenary of Debussy’s death in March, though this evening’s concert performance of Pelléas et Mélisande provided a fitting climax to this year’s commemorations.

Premiered in 1902 after a genesis of almost a decade, Pelléas et Mélisande is Debussy’s only completed opera and his treatment of Maurice Maeterlinck’s symbolist drama a highpoint of musical impressionism. It was this blend of aesthetics that the present account brought out in full measure, so confirming Mirga Graźinytė-Tyla’s authority and the CBSO’s conviction in French repertoire as extends back almost a half-century to Louis Frémaux’s tenure. Obscure as the opera’s narrative can appear, there was nothing equivocal about tonight’s performance.

Vocally it was cast from strength and not least in the title-roles – Jacques Imbrailo’s eloquent and imploring assumption finely complemented by that from Katja Stuber, whose poise and limpidity betrayed no hint of coyness. Between them they amply conveyed a sense of people drawn together despite themselves and prevailing circumstances; the serenity characterizing their relationship gradually eroded as the net of fate closes around them. Golaud unwittingly plays the defining part in this, such as Roland Wood recognized with singing of great force but equally an emotional fragility which undermined every exchange with his wife and half-brother. Dramatic tension generated in the third and fourth acts is as tangible as in any opera of the period, and there was no doubting its presence as this account reached a fateful climax.

This is not to decry the other vocal contributions. In particular, Matthew Best was riveting as Arkel – ruler of a decaying kingdom (and dysfunctional dynasty) whose haunted demeanour was allied to a pathos and compassion that commanded the platform at his every appearance. Nor was there anything undersold about Felicity Palmer’s Geneviève – which, limited as this role may be, conjured the requisite foreboding in the face of inevitability that sets the course for all that follows. Renaud Delaigue was sympathetic if a little over-insistent as the Doctor, while Freddie Jemison was ideally cast as Yniold – his exchanges in Act Three with Golaud a heart-rending instance of innocence corrupted. It may enjoy the most incidental of roles, but the CBSO Chorus duly acquitted its brief (and here offstage) contribution with great subtlety.

Otherwise, and for all its radical take on French prosody, this is an opera where the orchestra plays a pivotal (and arguably determining) role, such as Graźinytė-Tyla recognized in the way she steered the emotional ebb and flow of the music with calm assurance. Momentum during the first two acts seemed a touch fitful, but that across the two which follow was unerringly gauged – so leaving the fifth act to unfold as a distanced while undeniably poignant epilogue which ultimately evaporates as if to underline the dream-like aura of much that has occurred.

This performance was enhanced by Jonathan Burton’s idiomatic surtitles and an absence of concert presentation or ‘scenic treatment’ as might have impeded the musical impact. A pity it does not seem to have been recorded, as this reading would have been worth hearing again.

For Arcana’s coverage of the two Debussy weekends in Symphony Hall, click here for the first weekend and here for the second