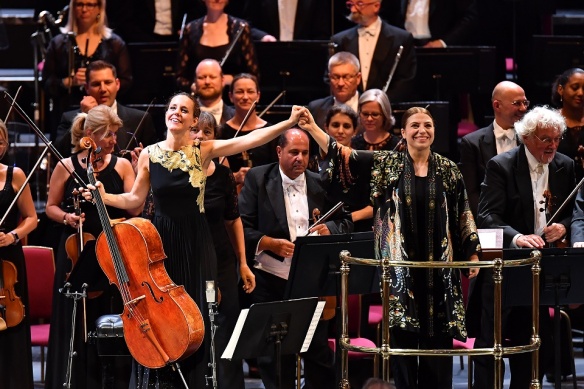 You can listen to this Prom on the BBC iPlayer here

This Prom was notable for its being the BBC Symphony Orchestra’s first public concert with principal guest conductor Dalia Stasevska and the first appearance in this (or any previous) season of music by Polish-born Russian composer Mieczysław Weinberg, whose centenary is later this year.

Conceived as a Concertino then expanded eight year later, the Cello Concerto is not untypical of Weinberg’s earlier works in its discrepancy between completion and premiere (by Mstislav Rostropovich in Moscow during 1957). Even more striking is its absence from the repertoire, given its formal clarity and direct melodic appeal. Myaskovsky’s own concerto is an indirect model, notably in the ruminative opening Adagio with a folk-tinged main theme that returns to heightened effect at the close, but Weinberg’s approach is more oblique and eventful. The first movement leads to a wistful intermezzo with Jewish and even Spanish inflections, then an animated scherzo capped by an extensive cadenza. This segues into a finale whose lively main theme is revealed as a variant of the initial melody during an increasingly inward coda.

The piece clearly has a devoted advocate in Sol Gabetta, whose perceptive account can only enhance its popularity. The BBCSO evinced passing technical fallibilities, likely caused by a slightly amorphous balance between soloist and orchestra in this acoustic; though that did not affect Gabetta as she drew evident soulfulness and intensity from the music. No-one hearing this concerto for the first time was likely to have been left unmoved – nor by Pablo Casals’s arrangement of the Catalan folk-song Song of the Birds, which made for a winsome encore. 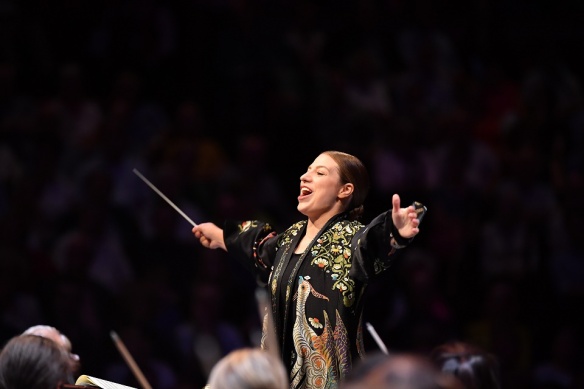 Framing the Weinberg were two repertoire items composed during the same year. Sibelius’s Karelia Suite was never less then enjoyable, though Stasevska slightly misjudged the balance between reflection and animation in the Intermezzo, while the speculative modal contrasts of the inward Ballade might have been more firmly integrated. Best was the closing Alla marcia’ – its bracingly populist overtones allowed free rein without ever becoming blatant, though quite what determined that cymbal clash on the very final note is anybody’s guess.

After the interval came Tchaikovsky’s Sixth Symphony – tonight receiving its 124th hearing at these concerts (so equating to one performance per season), and a reading which gained in stature as it unfolded. Stasevska had the measure of the opening movement, though a certain impassiveness was only banished in the development’s driving fugato as it carried over into the fateful denouement. The ensuing Intermezzo was deftly paced with no hint of stolidity in its trio, then the Scherzo had a propulsion as fairly erupted in its latter stages – the premature applause for once sounding spontaneous. There was no undue emoting in the finale as this conductor heard it, with the music’s fraught eloquence maintained through two impassioned climaxes and on to a coda whose enveloping darkness did not preclude fatalistic acceptance.

If not an overly memorable performance, this was certainly an assured one that suggested the rapport between conductor and orchestra is already taking shape. Stasevska has two concerts with the BBCSO in the coming season which, on tonight’s evidence, will be worth attending.