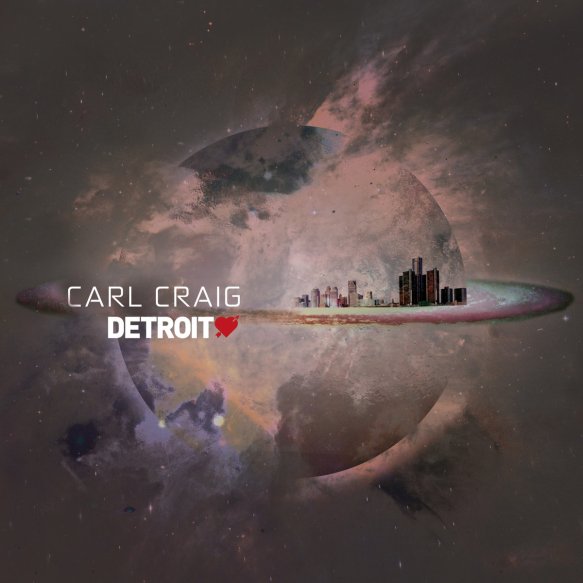 The collaborative series between Carl Craig’s Planet E label and !K7 moves onto its second instalment, bringing the main man to the fore for a 90 minute mix honouring the techno traditions of his home city. He follows Stacey Pullen’s excellent series opener from last year.

Craig sets the bar high with the orchestral sounds of Kevin Saunderson and Virus J, their ‘World Of Deep’ gathering the troops with a big old blast of chords. From there a quick tempo is established and the good tunes flow naturally, with Detroit techno royalty in evidence. ‘Rosalie’ from Green Velvet makes an early impact, the bass creeping upwards against the acidic top line.

Octave One’s ‘Rock My Soul’ hits a sweet groove, as does the probing bass line of Wajeed’s ‘Power In Numbers’. The gospel flavours of ‘Calling Out Your Name’ follow, Sophie Lloyd backed by Robert Hood under his Floorplan alias – a typically big, smiley number from him.

Craig continues at quite a nippy tempo through the sparkly edged ‘Do It All Night’ of DJ Minx, blending perfectly in with Claude VonStroke’s ‘My Love Check’ before it. More highlights include the driven dub version of Mr. G’s ‘Lights’, Mirko Loko and Stacey Pullen achieving a big block breakdown with ‘Formulaic Mode’, and Craig later moving on to the booming voice of the ‘Boss’ man, courtesy of Brain.

Towards the end we hear a cracking rarity, the electro old school sounds of Rhythim Is Rhythim’s ‘It Is What It Is’, before another vintage revival in Ectomorph’s ‘Satori’. This ends the dance action, Craig signing off with the gritty garage blues sound of The Dirtbombs’ ‘Alleys Of Your Mind’.

Yes. This is one of Craig’s more flowing mixes, and while that means it doesn’t necessarily push the genre boundaries as willingly as he has in the past, it does deliver a rollicking good time from Michigan.

Definitely. Detroit Love is shaping up to be a collectible series, and there are still many producers capable of adding their own homage to America’s first city of techno.