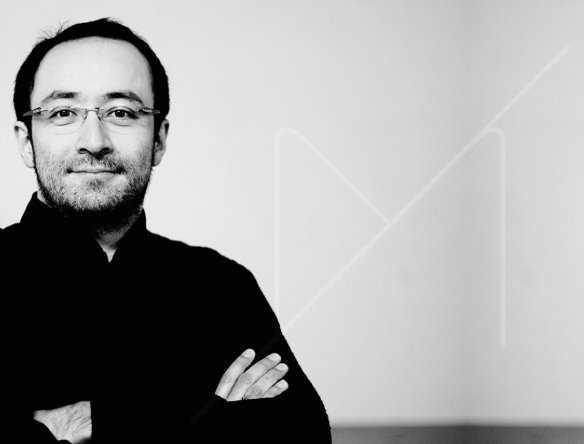 What a refreshing concert for a dank November evening. This was a slightly stripped back version of the City of Birmingham Symphony Orchestra, with their guest conductor Riccardo Minasi overseeing energetic accounts of Haydn and Mozart, a high octane Beethoven overture and a youthful take on the music of an elderly Richard Strauss.

The Haydn first, in the form of a strongly characterised account of his Symphony no.88, premiered in Paris in 1787. We still take Haydn’s astonishing output of 104 published symphonies for granted, for while they make effective concert openers they are full of invention, wit, and – especially in this case – drama.

After a poised first movement, Minasi lovingly shaping the phrases with tasteful rubato, the second movement Largo was laid bare as a strongly emotive utterance with dark twists and turns, interventions from brass and timpani sounding powerful warning notes. By contrast the Minuet was a light hearted dance, its trio section employing bagpipe-like drone effects that anticipate the Brahms Serenades. Minasi and the players clearly love this music, and their effervescence carried over into the finale, the conductor dancing on the podium as upper and lower strings egged each other on.

Richard Strauss was looking intently at the Classical period when he wrote his penultimate orchestral work at the age of 83. The Duett-Concertino is an unusual piece, bringing forward clarinet and bassoon soloists to shine in front of a decorative chamber orchestra. This is recognisably late music in its assured and economical treatment of form, and in some unexpectedly spicy harmonic twists, but the soloists captured its ‘Indian summer’ profile.

Oliver Janes and Nikolaj Henriques were superb, plucked from the orchestra and fully enjoying their moment in the spotlight in front of their colleagues, who responded with rustic string accompaniment and beautifully rendered harp (Katherine Thomas). Janes’ clarinet tone was delightful, with Henriques’ bassoon cajoling and prompting in response. Both came into their own with some dazzling acrobatics in the finale. The light hearted approach spilled over into a brilliantly designed encore, a selection of Mozart themes arranged for the two solo instruments to often comic effect.

The second half began with high theatre, an account of Beethoven‘s Coriolan overture that crackled with atmosphere and descriptive content. The opening chords bore the effect of powerful slamming doors, such was the crisp ensemble, and as the overture gradually opened up so did a vivid response to Heinrich von Collin’s tale. As the story unfolded there was no doubt on its tragic ending, and here Minasi’s management of the quiet string dynamics looked forward to equivalent drama in the first movement of Mahler’s Resurrection symphony.

Even in the context of this concert the best was saved for last in an account of Mozart‘s Symphony no.39 that positively fizzed with good spirits. When he composed the piece in 1788 Mozart was writing without commission, a relative rarity for him, and this was the first of three symphonic works that were to redefine the form, effectively preparing the way for Beethoven and Schubert.

The atmosphere crackled in a fulsome introduction to the first movement, which took on a waltz-like form, Minasi’s prowess as an opera conductor clear for all to see through his dramatic instincts and more tasteful rubato. The slow movement was perfectly judged, initially and deceptively straightforward but with stern interventions from the woodwind. These highlighted the lyricism of the main subject, once again beautifully phrased. A warmly coloured Minuet followed before the finale sprang out of the traps, violins easily handling the considerable demands placed on them in rushing scales and rapid string crossing. Minasi was if anything even more energetic than he had been at the start of the concert, prompting the wonderful syncopations and interplay of Mozart’s inspiration which were brought right to the front.

So good was this concert it was a shame when we entered the closing bars of the symphony, but we did so with great positivity, Mozart – and Minasi – inspiring us through their wonderful craft.

You can listen to the music from this concert on the Spotify playlist below, made up of some leading recordings of the works played.