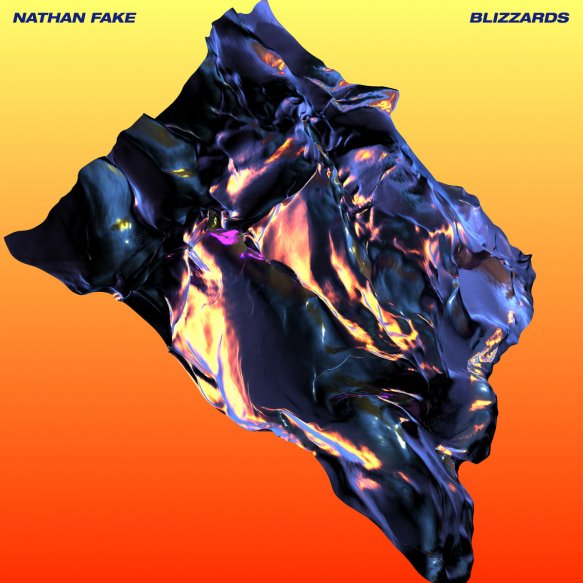 Blizzards began with Nathan Fake’s intention to soundtrack ‘the ideal rave’. Heavily based on his live shows, it was made with an eye on musical instinct, going with the moment and effectively going back to first principles.

The Norfolk producer’s fifth album, Blizzards’ title is a nod towards the chaotic politics of the UK in recent times, but its spirit is about channeling positive energy in response.

By turns, the music in Blizzards is invigorating and heartwarming. Fake has always been able to summon up kinetic energy without a moment’s notice, which explains why the album gets off to such a strong start with Cry Me A Blizzard, but it’s an approach that bears fruit elsewhere with the twists, turns and clattering breakbeats of Firmament. Vectra and Eris & Dysnomia power upwards from deep bass movements, their loops sweeping all before them, while Torch Song is all about the euphoric treble, with rushes of white sound and widescreen percussive movement. Tbilisi, meanwhile, has sonorous bell-like textures to counter the fizzing drum track

These heady, hedonistic moments of abandon are beautifully countered by warm-hearted thoughts and rich harmonies. Ezekiel evolves magically, from primitive beginnings to brightly lit vistas all centred on a majestic melodic loop, taking the listener on an immersive trip. It is a real beauty, one of Fake’s warmest musical thoughts to date. The closing Vitesse, with all energy spent, revels in the comedown of a good and thoroughly satisfying night, slowly descending in pitch as it comes in to land.

Yes, handsomely. Nathan Fake has always shown a strong suitability for the album format but here, on his own label, he works brilliantly well with a combination of structure and flexibility. The instinctive approach gives Blizzards a human edge and a warmth that might not have been so apparent had the music been more studio-governed.

Without hesitation. In a competitive field, Blizzards is probably Nathan Fake’s finest piece of work to date, confirming him to be one of the top talents of the day in UK electronic music.