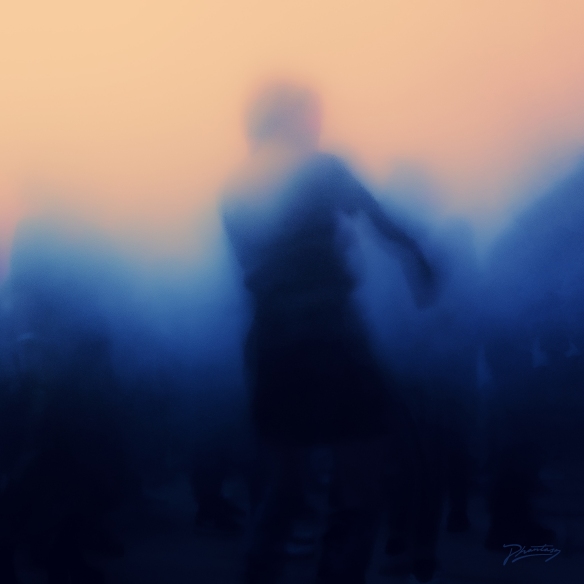 A surprise release from Daniel Avery, Love + Light started out as an EP – but as he worked on it under lockdown it soon became clear the piece of work was flourishing into something much more substantial – which become his third album. It is an ambitious piece of work, with 14 tracks split into two distinct halves.

Every bit as mesmerising as Song For Alpha, Avery’s previous album from 2018. It doesn’t matter that he put this one together so quickly, as his mastering of an album structure is on the money, treating it like a DJ set of his own music. He nails the ebb and flow of the work, moving between full bodied dance tracks like Dusting For Smoke and the metallic textures of Dream Distortion, which complement each other, and broad brushes of ambience that we see more of in the second half, where tracks like A Story In E5 have a magical quality.

The first half is into its stride quickly with the two big hitters referred to above, before Avery creates a blissful open air secen on the brief Katana. This acts as a prelude to the bubbling, classic techno of Darlinnn, before Searing Light, Forward Motion provides an absolute blast of sound to end the first half, Avery following up the opening salvo with a heavy breakbeat.

The second half could hardly start in a better vein, with the stunning Infinite Future, which is several tracks in itself, beautifully voiced and structured. Avery explores cathedral-like resonance in the thick textures of After The Fire, before panning even further out for the remote standpoint of Into The Arms Of Stillness. Fuzzwar offers greater intimacy and comfort, as does the warm and hazy Pure Life, before A Story In E5, the jewel in the album’s crown, a majestic piece of ambience. After that, One More Morning offers a postlude with its clock-like chimes and featherweight beat, which hints at Aphex Twin in its textures.

Yes – and if anything Love + Light improves with repeated hearings. Although the album was put together quickly it has a cool intensity throughout, is carefully structured and brings out several wonderful soundscapes. Avery’s take on techno is wholly individual, spacious and unusually emotive.

Without hesitation. One of the best electronic albums you’ll hear this year.