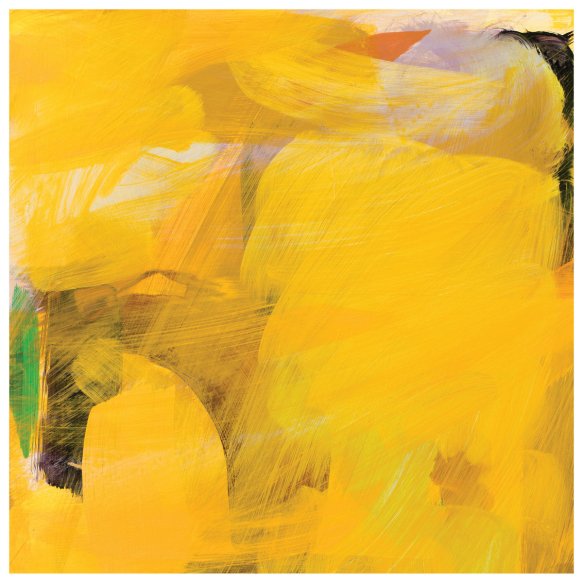 Laurence Pike is on the crest of a creative wave. After an impressive output as drummer with PVT, he has joined forces with Luke Abbott and Jack Wyllie of Portico Quartet as Szun Waves, releasing their self-titled debut in 2016. Since then he has reeled off three albums as a solo artist, and Prophecy, his latest, shows his love for instinctive working continues.

The record is his response to the deepening global climate emergency but in particular hones in on the destructive wildfires wreaking havoc across Australia. The cover art, Goldens by Australian artist Gemma Smith, reflects his concerns in a striking image.

Instinctive. Pike works a very effective blend of pre-prepared material and improvisation, striking a balance between the two that feels just right.

He has close attention to detail with the brushstrokes of his percussive work matching up to broader musical sequences. Death Of Science bubbles with tension, creating quite a foreboding atmosphere. Ember is evocative, with a slightly distorted vocal and a distant but reassuring piano. The title track has a nice ambient backdrop while percussion clicks and whirs around.

New Normal is eerie both musically and in the fact its title was coined before the Covid pandemic, and it features clicks and brushes with a soft but insistent harpsichord motif.
Nocturnal noises continue into Born Under Saturn but with a softly voiced backdrop, before the musical camera pans out further on Rapture, the higher pitches suggesting we have taken to the air.

Pike’s use of percussion is never less than interesting but frequently sets vivid nocturnal pictures. Arguably the best is saved for last, with Echoes Of Earth underpinned by a steady but very sonorous chime, creating a rather beautiful epilogue.

Yes. Pike’s uses the army of percussion at his disposal with a painter’s touch, and his brush strokes are commendably subtle at times. The way he combines the percussion instruments with subtle melodic loops or atmospheres is very effective, and the album works well both on headphones and surround sound.

Very much so. Laurence Pike’s work goes from strength to strength, and this particular episode is both effective and deeply felt.