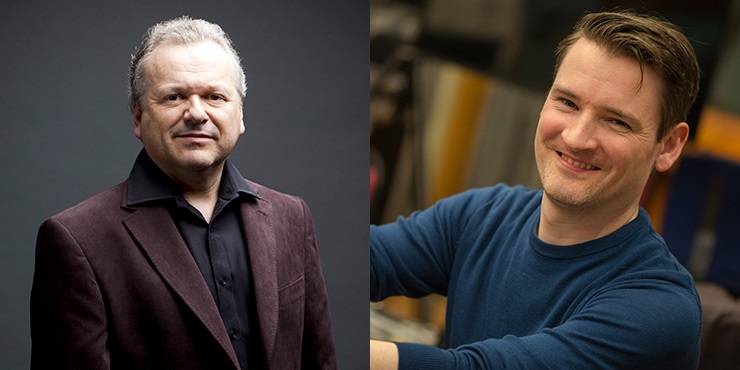 Wigmore Hall, London
Monday 17 May (review of the online broadcast)

What a joy to see audiences back in Wigmore Hall on a Monday lunchtime, as the venue took its first available opportunity of 2021. The gathering was for an enterprising program of 20th century works for clarinet and piano from Michael Collins and Michael McHale, pleasingly off the beaten track in its selection and proving highly accessible.

Viewed online in this case, the excitement was palpable – from Andrew McGregor’s introduction for the live broadcast on BBC Radio 3 to the performers’ demeanour as they began. The clarinetist successfully overcame an instrument malfunction, too, which caused him to repeat the first few minutes of the Bax sonata.

Collins and McHale began with Widor, however, a competition piece written for students of the Paris Conservatoire in 1898. Both performers settled immediately, Collins with a beautifully floated introduction and McHale with sensitive pedaling, the pianist then echoing the excitable flourishes from of clarinet when the Rondo itself arrived. This work occupies a happy place in Widor’s output, and was a joyful overture here.

The mood deepened for the Clarinet Sonata in D major of Sir Arnold Bax from 1934. First performed by Frederick Thurston, it is an unusually structured work, but the two movements sit together nicely. It was during the beautifully floated opening that Collins had to change his clarinet, but the advantage of this was that we were able to marvel at his control for a second time, supported by rippling figures from McHale. The first movement unfolded as though in one long phrase, revealing the influence of Wagner but establishing Bax’s own melodic grace too. The second movement had impressive urgency, with chromatic surges from the piano and impressive breath control from Collins. A typically deep second theme was matched by a lovely, poised closing section.

The Polish-American composer Robert Muczynski has an intriguing works list including many pieces for woodwind, and the Time Pieces of 1984 are among his most-performed. Each of the four movements looks to bring out different qualities of the clarinet and Collins was fully alive to their possibilities. The busy first piece was enjoyable, clarinet and piano ducking and diving in their interplay, while time became suspended in the outer sections of the second piece, lost in thought. The third explored the timbres of the solo clarinet, wonderfully nuanced by Collins, while the spicy dialogue of the fourth was laden with syncopation and brilliantly played.

The Sonatina for clarinet and piano from Joseph Horovitz dates from 1981, when it was first performed by Gervase de Peyer and Gwenneth Pryor in the Wigmore Hall itself. Like Muczynski, Horovitz is at home writing for wind and brass. Working within a compressed structure, the Sonatina was packed with incident and melody. A perky first movement unfolded with easy, winsome phrases, while the second was more introspective and took time for soul searching. Not so the finale, whose offbeat japes were carefree and witty in this performance, instinctively played.

It was over all too soon – but we were treated to an encore, Collins every bit as enthused as the audience. The warm-hearted Summer, from Paul Reade’s suite Victorian Kitchen Garden, was the ideal choice.

This concert is available to play for 30 days using the YouTube embedded link above.