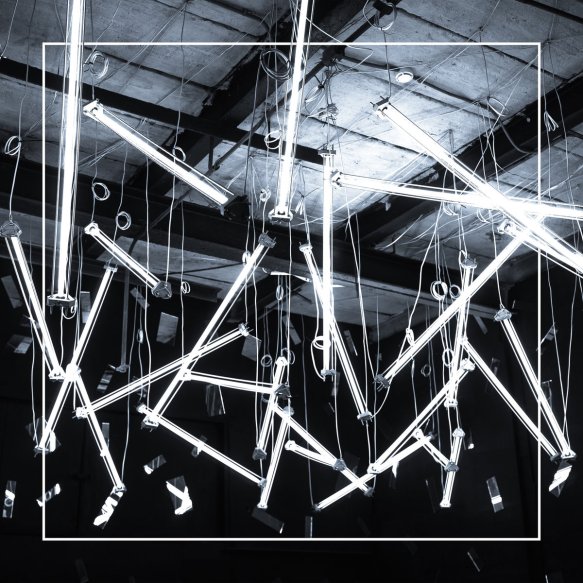 Berlin-based Argentinian Emme releases Into The Darkness, an album looking at the connection between intimate thought and the vastness of outer space. In the space of seven tracks and 36 minutes her music looks to reflect these contrasts through close-up observations and big sonic spaces.

Not as dark as the title implies, with a satisfying blend of movement and stillness. Insert The Chip and Earth Calling might be remote soundscapes suspended in air, but second track Discovery is the clincher. As it starts you might relax into thinking this will be a very slow moving, star-gazing album, but then the beat drops and the perception changes immediately. With this kinetic energy at her disposal Emme develops Into the Darkness as a dub-infused journey, while Blank Point goes further still, underpinned by a broken beat with distortion overlapping its broad riff.

As the album develops several ‘80s influences are revealed – Blancmange and OMD among them – but Emme forges an individual path while including these. The expansive XH-28:A is a case in point, as it breaks down to a solo from a plucked string instrument – mandolin or violin, I suspect – and is soon joined by an analogue set of drum fills.

The biggest track, When the Wind Whispers, feels like a collection of different viewpoints, with no drums but a restless movement between different ideas and timbres.

Most of the time. There is a lot of variety here, almost with the danger of the musical styles becoming disjointed – and at 36 minutes it does feel like an extended EP rather than a fully blown album. That said, Into The Darkness has impressive ambition and despite the moments of thick ambience, Emme conjures up impressive tension and restlessness.

Yes, for the consistently interesting corners to its slightly ragged construction. Emme’s spirit of discovery should be applauded and noted for future releases.