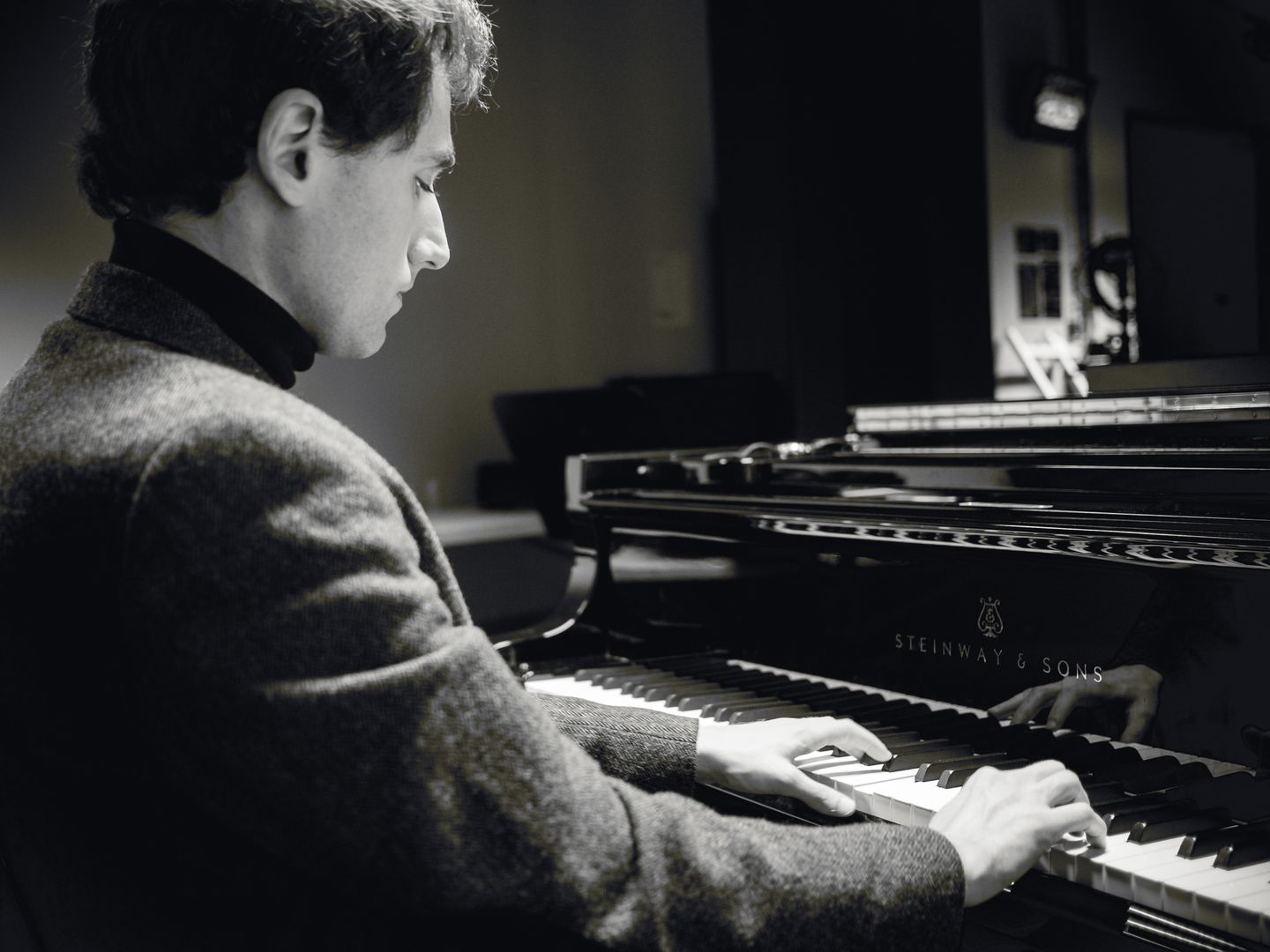 This was the second concert in Boris Giltburg‘s Ravel series at the Wigmore Hall – but as he eloquently explained in the programme and from the stage, it was impossible to proceed without responding to the situation in Ukraine.

Born in Russia but of Israeli nationality, Giltburg’s judgement in this was carefully considered. Reminding us that music has the overwhelming ability to reflect conflict as well as providing an appropriate response to it, in Prokofiev‘s Piano Sonata no.8 he had found the most accurate reflection imaginable. Ukrainian-born Prokofiev wrote the piece during the Second World War, and it was premiered by Sviatoslav Richter in Moscow in 1944. Here its resonance was unmistakable, the work unfolding with a mixture of uncertainty and resolve, with searing outbursts and anguished thoughts that spoke of oppression and tragedy. Prokofiev’s trademark dissonances were descriptive, the percussive rhythms laden with military power. The second movement relented a little in search of lyricism, Giltburg finding parallels with the composer’s ballet scores of the period, with hints of Romeo & Juliet carried on the air. Meanwhile the third movement, a powerful presto, tore up the tarmac in its relentless drive forward while finding time to consider the repercussions. Giltburg’s precision and power were beyond reproach here, his performance incisive but deeply reflective of current events. The Wigmore Hall listened closely, moved to silence throughout but responding with sympathetic applause.

Because of this performance the rest of the concert could have paled into insignificance, but that would reckon without some powerhouse performances of music from earlier in the century. It was refreshing to hear two Spanish works for starters. The music of Granados and Albéniz does not get enough exposure, and it should do – both wrote under the influence of Debussy but had something of the French master’s gift for picture painting. Giltburg caught the baleful tones of Quejas, o La maja y el ruiseñor (Lament, or the maiden and the nightingale), while the sultry El Albaicín was vividly descriptive and alluring.

Ravel may have written Miroirs in 1905 but in these hands it still sounded so modern. Noctuelles (Moths), a remarkable piece of picture painting from the French composer, found its match here, Giltburg delighting in its irregular contours, while the cleaner lines of Oiseaux tristes were no less effective. The much-loved duo of Une barque sur l’océan and Alborada del gracioso were brillianly performed – the former capturing the rocking of the boat with uncanny accuracy, surging forward before checking against the spray – and the latter exploring syncopations and dynamic variations to thrilling effect. Finally La vallée des cloches was both reverent and mysterious, notable for meticulous pedal work from Giltburg to maintain the atmosphere.

Immediately before the Prokofiev we heard three of the young Rachmaninov‘s six Moments Musicaux, a breakthrough collection that helped establish him as a serious composer for the piano in 1896. They are of similar design to the pieces of the same name by Schubert, in a group of six but giving the pianist freedom through varying dimensions and moods. These are pieces Giltburg holds close to his heart, and a whirlwind account of the second piece was checked by the darker hues of the third, a funeral march. This provided much food for thought with its nagging motifs, the music returning to the same itch with ominous regularity, before the fourth piece took off at a rate of knots, fearsome virtuosity tempered by immaculate melodic phrasing.

After the Prokofiev had made its mark we heard the ideal foil as an encore, Giltburg playing the Bagatelle no.1 by Valentin Silvestrov. A Ukrainian composer, Silvestrov was born in 1937 and – according to a conversation between Giltburg and a member of the audience – appears to have safely relocated to Poland. The simplicity of this piece, after the crunch of the Prokofiev, was doubly moving.

For more information on Boris Giltburg you can visit his website