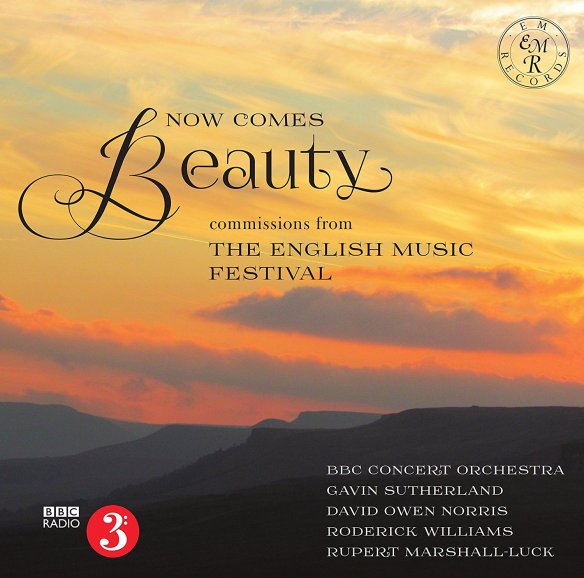 Over the decade of its existence, the English Music Festival has revived an impressive number of works from (not always deserved) obscurity and commissioned numerous others. Some of the latter are brought together on this set, with a stylistic range wider than might be supposed.

The discs adopt a roughly similar layout, each opening with an overture as makes for a lively curtain-raiser. How else to describe A Festival Overture by Matthew Curtis (b1959), its bustle offset by a lyrical melody redolent of those in Sullivan’s Irish Symphony, whereas Spirited by Richard Blackford (b1954) adds a hint of Adams-like minimalism to broaden the transatlantic appeal of his engaging piece. Of the two works featuring solo violin, White Nights by David Matthews (b1943) draws on Dostoevsky (via Bresson) and the composer’s own experiences in a haunting and eventful nocturne – later remodelled as the opening movement of his First Violin Concerto. More limited in its content and expressive range, Suddenly It’s Evening by Paul Carr (b1961) exudes a wistfully elegiac air that is no less fully conveyed by Rupert Marshall-Luck.

Carr also appears on the other disc with Now Comes Beauty, formerly a song then a motet before emerging as a miniature for strings ideal for the ‘Smooth Classics’ slot on Classic FM. Aubade Joyeuse by Philip Lane (b1950) is (to quote the composer) an ‘introduction and allegro’ that assumes mounting activity prior to its climactic fugato and vigorous close. Firmly in the lineage of British geographical pieces, Norfolk Suite by Paul Lewis (b1943) takes in the heroic setting of Castle Rising, evocative ruins of Wymondham Abbey, ruminative calm of Ranworth Broad and bustling jollity of Norwich Market over its appealing course. Further down the east coast, the Suffolk hamlet of Shingle Street had inspired Legend by Christopher Wright (b1954), its sombre yet affecting mood amply evoking the aura of this isolated place.

Of the works ending each disc, the Piano Concerto by David Owen Norris (b1953) is a three-movement entity on ostensibly Classical lines. The solo writing is as idiomatic and assured as might be expected from this fine pianist, with that for orchestra hardly less idiomatic. Yet after a well-argued Allegro, the Andante loses its way in misplaced rhetoric and emotional cliché, with the finale too reliant on its underlying jig rhythm prior to an overstretched and predictable apotheosis. ‘‘Keys have personalities’’ says the composer: his music could do with more of it.

Binyon Songs by John Pickard (b1963) might well have emerged as a song-cycle malgré-lui, but the motivic cohesion and expressive logic with which these unfold cannot be gainsaid. The first four may be relatively brief, yet the wrenching ambivalence of Nature, tenuous hope of Sowing Seed, tensile anger of Autumn Song and suffused rapture of When all the World is Hidden make their mark no less acutely than the expansive The Burning of the Leaves that makes for a cathartic ending. Roderick Williams sings with his customary poise and eloquence.

Yes, in terms of the complementary and contrasting aspects which inform this collection as a whole. The set is further enhanced by the excellence of the BBC Concert Orchestra’s playing, with Owain Arwel Hughes making a welcome appearance in the two overtures and the rest of the programme directed with unstinting conviction by Gavin Sutherland. The recorded sound takes full advantage of Watford Colosseum’s spacious immediacy, while the booklet includes detailed overviews of each work and composer together with full texts for the Binyon settings.

Indeed. Since its inception, EM Records has amassed a notable catalogue of predominantly first recordings – with the present release among its most ambitious and rewarding. Uneven in overall quality though it may be, the best of the music here deserves the widest dissemination.