Roger Eno has been recording music for nearly 40 years. We first heard from him in the form of a shared credit with brother Brian and Daniel Lanois in their Apollo soundtrack, after which he wrote a series of albums for the revered All Saints Records, either in a solo capacity, in collaboration with the likes of Kate St John or Peter Hammill, or as part of ambient supergroup Channel Light Vessel.

Now he has moved to Deutsche Grammophon, Eno is taking the chance to assess some of his solo work while making new compositions too. He describes The Turning Year as, “A collection of short stories or photographs of individual scenes, each with its own character but somehow closely related to the other”. It is an album of observation, describing a natural cycle but also effectively documenting his own musical evolution. For example the oldest work, Stars and Wheels, is a solo organ piece of 20+ years, but was re-imagined for this album as Roger worked with producer Christian Badzura.

Eno is a consistent composer, and his brand of pastoral ambience is very easy on the ear but surprisingly difficult to imitate. The Turning Year captures his voice beautifully, unfolding at an easy pace. The creation of mood takes greater importance than that of melody, but the two nonetheless work closely together, with simple phrases that undergo development to produce music of subtly powerful feeling.

It is to Eno’s credit that he never crosses the line into sugary sentiment. Right from the start, the evocative A Place We Once Walked is attractively coloured and slightly wistful in its contemplation. The title track has a greater sense of purpose, while Bells is deeply personal, its slow piano revealing intimate thoughts and designs. On The Horizon is notable for a really nice clarinet colouring, while a slight chill lies in store on the autumnal Something Made Out Of Nothing.

Stars and Wheels is rather beautiful in its new clothing, panning out with some remote sounds that at the same time are extremely comforting, recreating the feeling Apollo gave of travelling slowly through deep space.

Yes. Eno really flourishes in this company, and the scoring really does his keyboard-sourced music a good deal of favours.

It is. Although arguably Roger Eno’s best work remains in his earlier albums for All Saints, the move to Deutsche Grammophon has really given him the opportunity to blossom, a chance he is taking with both hands.

There are several options for purchasing and streaming The Turning Year, which you can explore here 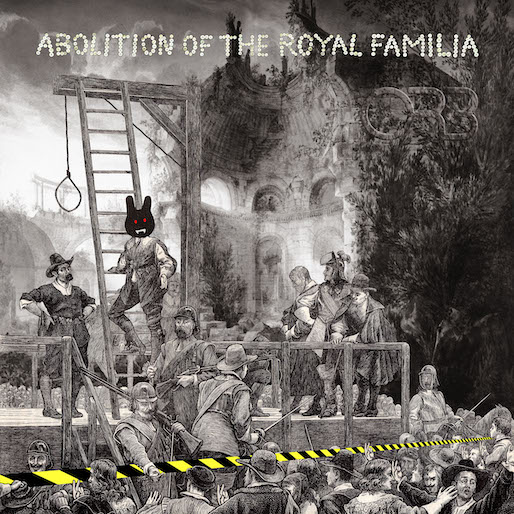 The Orb need no introduction of course, being long familiar to admirers of ambient music since 1988. Theirs is an ever-changing line-up, orbiting the one constant of the equation, Dr Alex Paterson, and on this, their 17th studio album, Michael Rendall is elevated to the top table. He joins Paterson at the controls for a record including a number of starry guest turns.

Regular collaborators Steve Hillage and Miquette Giraudy (aka System 7) and Youth appear, alongside Roger Eno, David Harrow of On-U Sound, and – this being The Orb – a four legged friend, the Paterson pooch Ruby.

The album takes as its lead the royal family’s nod to the East India Company and its opium trade – both an inspiration and a protest against a movement causing two wars between India and China in the 18th and 19th centuries.

Lovely. There is little sense of explicit protest, and the guests all fit in to the overall mood seamlessly. The Orb have a very happy knack for matching quantity with quality, and even though it is barely a year since their last outing, Abolition of the Royal Familia sounds fresh and very much at ease in its own company.

At 77 minutes it’s a good stretch, but that gives the listener even more room to drift in and out of focus if required. Working together as Paterson and Rendall do means the door is never closed to a variety of styles and, very happily, humour too.

The speed with which Daze slips into a comfortable groove might surprise, a lead on which House of Narcotics and Hawk King build with their chugging beats. The latter displays The Orb’s familiar ambient house credentials as well as paying affectionate tribute to one of their most famous fans.

Gradually the tracks pan out and we experience more horizontal musical thoughts. Spacious intros provide warmth on a Californian scale, the listener allowed to bathe in consonant harmonies that drift back and forward like the ebbing of the tide. Shape Shifters (In Two Parts) goes further, adding a dreamy trumpet solo from 17-year old Oli Cripps, who Paterson met in his local record shop.

Also easing into the long form bracket is The Weekend It Rained Forever, a spacey, piano-led number towards the end, proving the ideal foil for the clattering breakbeats of The Queen Of Hearts preceding it.

Happily the band’s trademark collage of samples will make you smile, despite the inevitable rejection of a Prince Charles number. “We are WNBC”, begins Afros, Afghans and Angels, “the West Norwood Broadcasting Corporation. Streaming live to you whoever, wherever and whatever you are.” Yet a surprising and devastating payoff is saved for the finish. “Stay in your homes, do not attempt to contact loved ones or attorneys”, runs the key refrain of Slave Till U Die No Matter What U Buy, the Jello Biafra homage unintentionally marking itself out as an isolation anthem for our time.

Yes. It is arguably too long, but with music like this duration is much less of an issue, especially with plenty going on around the perimeter on headphones. Certainly seasoned Orb followers will not see it as a problem. It could also be argued that Abolition of the Royal Familia does not introduce anything particularly new – again, not a problem, since The Orb always know how to reach those ambient parts few others can reach.

Yes. Abolition of the Royal Familia falls seamlessly into line alongside the recent additions to The Orb’s cannon, and has many moments of genuine bliss. It is like a sonic warm bath at either end of a trying day.