French Song at the Wigmore Hall 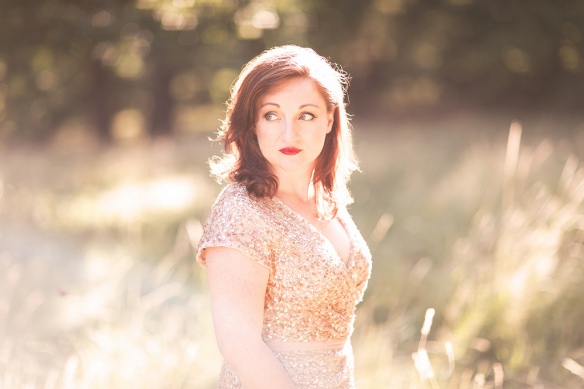 on the iPlayer until 21 July

In case you cannot hear the broadcast, I have put together a Spotify playlist of most of the music in this concert, including recordings the artists have made where possible. The playlist can be found below:

There is something rather special about a recital of French songs, and this intriguing program brings together one of its best exponents – the soprano Ailish Tynan – and one of the best up and coming accompanists, pianist James Baillieu. Of course to call him an ‘accompanist’ recognises just how important that role is, setting the tone and providing the colour.

The two composers here are well matched, despite their very different styles of writing. Reynaldo Hahn, born in Venezuela but moving to Paris when three years old, is best known for his songs, especially settings of Victor Hugo and Paul Verlaine. The BBC Radio 3 announcer Sara Mohr-Pietsch sums up the songs in the first trio as ‘a group of young men serenading their beloveds, the piano imitating a mandolin’ (Fêtes galantes), ‘a muted nocturnal love song’ (En sourdine) and ‘a love poem set with a loving nod to Bach (A Chloris). In contrast the cycle of five songs Venezia glorifies the gondoliers in the city, setting it as ‘the elegant playground of the rich and famous’, in Graham Johnson’s words.

Francis Poulenc, meanwhile, is completely different, writing with economy but also with an appealing brashness and humour that mean he gets away with some pretty outrageous settings. There are touching moments too, though, and in his last song cycle La coute paille (The short straw) he sets seven nonsense rhymes, a present for realised in music for the singer Denise Duval, so that she could sing them to her young boy. The simplicity of Poulenc’s musical language is perfectly suited to the text.

Complementing this is a short mini-cycle of poems set in 1937 to the poetry of another good friend, Louise de Vilmorin.

Ailish Tynan is in her element in this sort of program, and the combination of Poulenc with Hahn is not one to miss. Poulenc can never resist humour in his songs and Tynan makes it her mission to seek it out, from the zany and oddball moments of La coute paille to the heady eroticism of his three de Vilmorin settings.

The performance of Venezia is glorious, and even listening on the radio you can tell just how much fun she gets from Che pecà. Before then however there are the heady heights of La barcheta, Tynan’s voice both flexible and incredibly well controlled.

James Baillieu’s setting of each scene is also carefully managed and vividly painted.

1:11 – Fêtes galantes A lively song, begun by the clang of the piano in the upper register, and a playful interplay between him and the singer, who has quite an unusual contour to the melodic line.

3:05 – En sourdine (Softly) A slower and much more languorous affair this, and it’s easy to imagine a hot and sultry evening where nobody is able to sleep. Verlaine’s text has something else in mind, reflected by Tynan’s wonderful higher note at 6’12” or thereabouts.

6:42 – À Chloris (To Chloris) the tread of the bass line and the profile are indeed similar to Bach, a kind of equivalent to his Sleepers Awake. Baillieu introduces the song with an admirable calm, before the rapturous entry of the singer. This rather wonderful song finishes softly at 10:08.

11:37 – Le sommeiil (Sleep) A light and graceful song to start the cycle – though there is a dark underside to it, as ‘sleep is on vacation’ and the mother is frustrated.

13:35 – Quelle aventure! (What an adventure!) This song trips along with outbursts in the higher register of the voice, reflecting the nonsense text of the flea pulling an elephant in a carriage. A surreal dream!

14:46 – La reine de cœur (The Queen of Hearts) This sleepy song depicts the enchantment of the queen, beckoning the listener into her castle.

16:40 – Ba, be, bi, bo, bu The nonsense is evident in the spiky piano part – depicting the cat who has put his boots on! – and in Tynan’s shrieks and whoops, brilliantly stage managed. It’s all over in a flash!

17:16 – Les anges musiciens (The musician angels) A more sombre and graceful affair, again suggesting the onset of sleep as the angels play Mozart on their harps

18:42 – Le carafon (The baby carafe) The alternation in the vocal part between swoops and gliding notes gives an indication of the surreal nature of the text.

20:01 – Lune d’Avril (April moon) Initially lost in thought, this final song of the cycle builds to an impressive climax

23:45 – Le garçon de Liège (The boy of Liège) A fast moving and breathless song with plenty of ‘wrong’ notes in the piano part.

25:16 – Au-delà A colourful piano introduction alternating between two chords as the singer goes on a breathless voyage of self-examination.

26:43 – Aux officiers de la Garde Blanche (To the officers of the White Guard) A thoughtful mood runs through this song, which Graham Johnson notes to be unusual in Poulenc’s output for its contemplation.

Ailish Tynan introduces this cycle as a portrayal of ‘sultry, steamy, sensual Venice – where young men lure you into gondolas’!

32:18 – Sopra l’acqua indormenzada (Asleep on the water) This song is notable for its high and clear sound from the soprano, as she entreats her subject to join her in the boat. As part of this she stylishly glides between notes, occasionally sliding between them (a technique known as ‘portamento’)

36:01 – La barcheta (The little boat) The boat itself is home to simmering passion in a minor key. There is a really nice ornamentation to the melody, then a vocalise on the word ‘Ah’ at the end of each verse.

39:26 – L’avertimento (The warning) An urgent song warning the lads off ‘the lovely Nana’, who ‘has the heart of a tiger’. There is an impressive outburst at the end.

41:02 – La biondina in gondoleta (The blonde girl in the gondola) A slower and longer song, describing the raptures of an encounter with the blonde girl. Heady music, with a breathless final verse!

45:35 – Che pecà! (What a shame) Described by Tynan as ‘one of my favourite songs of all time’, this is a stuttering march, perhaps suggesting the rickety man of the text. Tynan’s voice rings out on the high notes, before the ‘Che pecà’ response, a distinctive reply, falls lower down the scale to comedic effect.

48:59 The boy From… by Mary Rogers, with words by Stephen Sondheim. A send-up of The Girl from Ipanema. You may be able to hear Ailish dedicating the song to the Director of Wigmore Hall, John Gilhooly, before vividly illustrating her comic powers!

52:41 – Extase by the French composer Henri Duparc (1848-1933) The other side of the singer in a carefully controlled but poignant account.

If you enjoyed this recital then the next recommendation can only be for more Ailish Tynan, for she is wonderful in French song. Here she is in a disc of Fauré, with the pianist Iain Burnside. Well worth hearing for the composer’s open-air writing style!