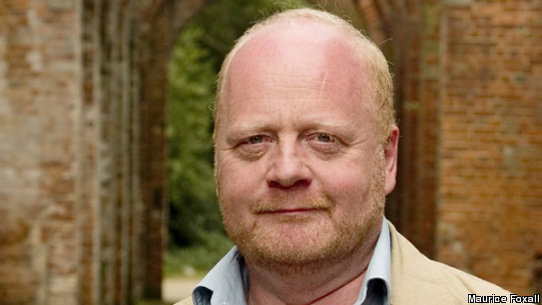 What’s the story behind the piece?

There are very few concerto pieces written for the lowest voices in the orchestra – hardly any for double bass and fewer still for the contrabassoon. This is mostly down to the trouble composers have making the instruments heard at such a low pitch.

As the publisher’s notes for the piece say, “The title explains itself: the piece begins and ends with music that tumbles from the top of the orchestra down to the depths where the contra lives”

Woolrich, who celebrated his sixtieth birthday last year, wrote Falling Down in response to a commission from the City of Birmingham Symphony Orchestra – and he dedicated it to their contrabassoon player, Margaret Cookhorn.

Woolrich founded the Composers Ensemble in 1991, founded the Hoxton New Music Days festival and has been an associate Artistic Director at the Aldeburgh Festival since 2005.

Woolrich succeeds in his biggest challenge in this piece – making the contrabassoon heard above the orchestra!

The piece starts with a bright and brash orchestral introduction, initially up in the treble register but gradually falling from its great height until the contrabassoon comes in with an incredibly fruity note, sounding as though it is beneath the floor!

Some of the sounds are incredibly raspy and distinctive, with a full throated bellow on occasion. Woolrich uses a lot of percussion in his orchestra, with volleys of drums around the 2 and 15 minute mark that make a powerful, kinetic impact on the music. The piece ends effectively with a door slamming shut in the shape of a big bass drum.

Where can I hear more?

A good place to head next is an NMC disc devoted to the composer, The Ghost in the Machine. Soundclips and biographical information present a very interesting variety of music