Listen to this concert on the BBC Radio Player

The Latvian Radio Choir‘s BBC Proms mini-tour has been marked by inventive programming, and this grouping of revolutionary texts, set to music by Shostakovich, was a mile away from the previous night’s chaste yet subtly uplifting All Night Vigil by Rachmaninov.

Here the choir settled in an ideal acoustic, Cadogan Hall, but with some unsettling songs. Shostakovich wrote the Ten Poems on Texts by Revolutionary Poets in 1951, acutely aware of the need to please the powers that be but still writing from the heart in a style that builds on the big opera choruses of Musorgsky. The unaccompanied choir sang grisly tales of ‘two prematurely fallen fighters’ (To The Executed), then the people ‘riddled with bullets and lead’ (The 9th of January). Their delivery was sharp and incisive when required in the faster music, then cold and distinctly wintry in the composer’s slower thoughts, which were almost beyond solace. 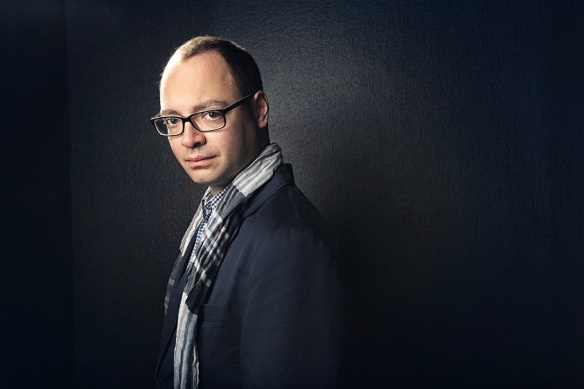 It was down to Alexander Melnikov (above) to supply the effective contrast in excerpts from Shostakovich’s largest piano work, the 24 Preludes and Fugues, Op.87. A homage both to Bach and to his pianist friend Tatiana Nikolaeva, the cycle contains some of the composer’s most intimate and confidential thoughts. Running through each of the 24 major and minor keys, the work progresses as a ‘cycle of fifths’, with a Prelude and Fugue in each major key (for instance ‘C’) immediately followed by its relative minor key (in this case ‘A’).

Melnikov chose three ‘pairs’ – in C (with A minor), G (with E minor) and later on A (with F# minor). Each were closely linked to the choir’s texts, sentiments and tonality. The purity of C major was briefly cast under a shadow, the sunny Prelude countered by a thoughtful Fugue that emerged gradually into the attentive silence of Cadogan Hall. The rippling A minor Prelude flowed at great speed, as did the Fugue, but the G major prelude was solemn and magisterial, filling a much bigger space, a series of bright colours when compared to the downtrodden E minor Fugue.

As we moved from piano to choir the contrasts were striking, yet the emotions followed a clear path, so that when Melnikov returned he provided solace in A major. This cut to the sardonic humour of the F# minor Prelude, paired with a serene but baleful Fugue, a bridge to the empty triumph of the choir’s closing number, May Day Song.

This was a terrific concert, well planned and thought-provoking in its execution, especially given today’s political climate. Shostakovich was a composer under extreme duress at this time – but sadly that era of writing music is not so far removed as we think it might be.

You can listen to Alexander Melnikov’s recording of the complete Shostakovich Preludes and Fugues on Spotify below: