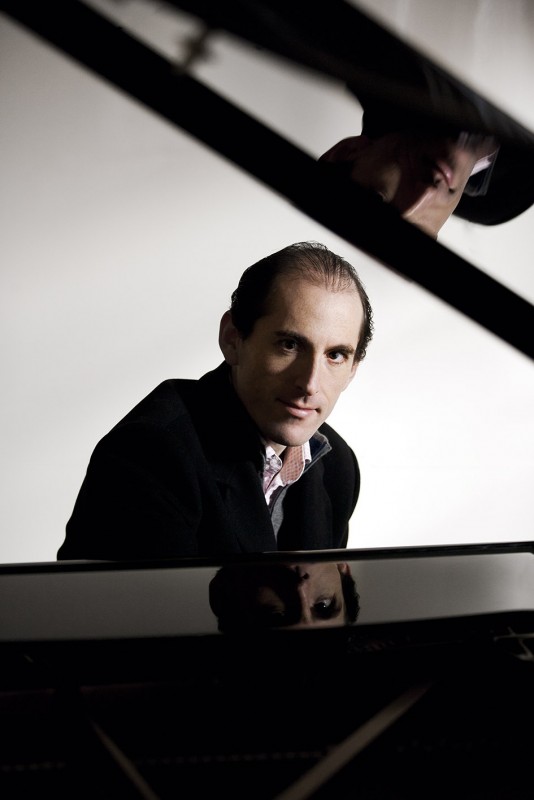 A fascinating program from Danny Driver on the theme of ‘Dreamscapes’, an hour away from reality in the company of composers intent on using the piano to express new harmonies and colours.

Few 20th century composers had a greater sense of colour than Olivier Messiaen, and the vivid shades of his Prélude No.5 began the recital. Titled Les sons impalpables du reve (The Impalpable Sounds of a Dream), it was described by its composer as ‘polymodal, consisting of a blue-orange mode with a chordal ostinato and cascades of chords, and a violet-purple mode having a copper timbre. Note the pianistic writing, composed of triple notes, rapid passages in chords, canon in contrary motion, hand crossing, various staccatos, brassy louré, gem effects’. All elements to enjoy in Driver’s richly textured performance, from 2:36 on the broadcast link above – with a questioning feel to some of the harmonic phrases.

Then a relative rarity, a piano work by Kaija Saariaho, the Finnish composer whose output until now has largely concentrated on the orchestra and works for the stage. This time the composer ‘wanted to write music with a melody that grows out of the texture before descending into it again; a work that constantly shifts from a complex, multi-layered texture to concentrated single lines and back again’. From 8:30 on the broadcast you will hear the Ballade under the assured control of Driver, in a performance of great intensity that plummets back to earth at the end.

For the third of this group Driver intriguingly chose Ligeti’s Étude no.6 (15:29) – with the immediately recognisable, rarefied sound world of the composer. The fingers of the right hand worked largely in octaves here, with richly layered music supporting the descending melodies – until absolutely everything descended at the end in Driver’s powerhouse performance.

Schumann’s Kreisleriana is a group of eight pieces inspired by E.T.A. Hoffmann’s fantasy on the imaginary musician Johannes Kreisler. Each of the sections is in direct contrast to its neighbour, reflecting the character’s manic depression – with which Schumann may have felt an affinity given his own extremely variable state of mind. Certainly inspiration was at hand for this substantial work, which he completed in the space of just four days in 1838, before revisiting slightly in 1850.

Inevitably the muse of Clara Schumann, Robert’s soon-to-be-wife, is close at hand – and explains the outpouring of feeling in each of the works. The pieces vary between between dramatic, tempestuous fantasies such as the first, third and seventh numbers, and deeply personal thoughts expressed in beautiful surroundings, as in the second piece, the longest in the cycle by far.

Schumann sets up a tonal conflict, too – the fast pieces are in the minor key, and most rooted on G – nos. 3, 5, 7 & 8 fall into this category – while the slower, tender pieces (2, 4 & 6) are conceived around B flat major, G minor’s closest relative. The tension between the two, as well as an abundance of melodic material, lay at the heart of Danny Driver’s interpretation.

Driver clearly loves this music, and gave a passionate performance, enjoying the unbroken stream of inspiration in the first piece (23:17), then the repose and reflection in the second (26:14), the pianist allowing plenty of room for thought and contrast between the faster episodes in this much longer piece.

The third piece set up an excitable drama (36:36) with a commanding left hand, while the fourth responded once more with calm introspection (41:45). The fifth piece was detached in this performance, quite an edgy main idea (45:30) giving way to a more graceful centre. Appropriately the sun appeared during the sixth piece (49:18), giving a promise of the spring we are all hoping will arrive soon – and then Driver tore into the seventh piece with relish (53:32).

Any performance of Kreisleriana lives or dies by the last piece, a playful but rather haunting finale (55:56) that rises and falls like a bird on the wing. Driver caught its essence superbly here, with plenty of give and take in the tempo to give the melody its natural rise and fall. Schumann’s music is at its most exquisite here.

For an encore Driver turned full circle, bringing us back to Messiaen for another Prélude – his first, La colombe (The Dove) – a sign that birds would be his principal subject matter when writing music!

You can listen to the music played in this concert on the Spotify playlist below – which in the absence of a version from Driver includes Alfred Brendel’s recording of Kreisleriana: