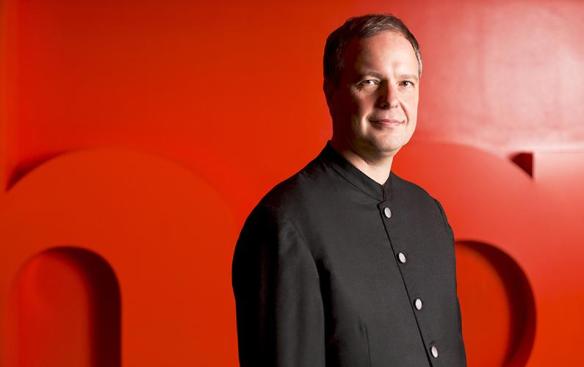 You can listen to the broadcast of this concert here, available until 20 April 2018

Most concerts by the BBC Symphony still feature either a world or national premiere, and tonight’s concert began with a first London outing for Anna Clyne’s This Midnight Hour. Drawing inspiration from poems by Juan Ramon Jiménez and Charles Baudelaire, this 12-minute piece duly alternates between energetic and more ruminative music in a ‘stretto’ of accumulating impetus. A pity the climactic stage loses focus in an amalgam of waltz-like flaccidness and folk-inflected jejunity – suggesting this as not one of Clyne’s better pieces.

Britten’s Violin Concerto has certainly come in from the cold over recent years. Vilde Frang was a little tentative in the initial Moderato, with its interplay of wistful lyricism and driving impetus, but the central scherzo was finely judged through to a seismic climax then dextrous cadenza leading into the finale. The earliest among Britten’s passacaglias, it makes plain his feelings over the demise of the Spanish republican movement, and Frang (below) had the measure of its sombre inwardness and high-flown rhetoric prior to a recessional of haunting eloquence.

As so often, Sakari Oramo was an astute and attentive accompanist – thereafter putting the BBCSO through its paces in a fluent and often searching account of the Pastoral Symphony. In this, as in Beethoven’s music overall, Oramo was his own man – omitting the exposition repeat in what was an incisive but never headlong reading of the first movement, followed by an Andante whose rhapsodic unfolding was accorded focus by the flexible underlying tempo and fastidious shading of string textures as has long been a hallmark of Oramo’s conducting.

The last three movements proceed continuously and if the scherzo was a little too streamlined for its verve and humour fully to register, the ‘Thunderstorm’ made for a powerful interlude before (and climactic upbeat to) the finale. As disarming melodically as it is difficult in terms of pacing, this unfolded with a sure sense of its developing variation; allied to a lilting motion which evokes a cosmic dance offered as thanks for peace in time of crisis. Maybe the closing cadence was just a touch over-emphatic, but the sense of a journey fulfilled was undeniable.

You can watch Vilde Frang talk about the Britten Violin Concerto in a BBC video here For more information on the BBC Symphony Orchestra, head to the orchestra’s homepage – and for more on their chief conductor Sakari Oramo, click here

Meanwhile you can listen to Vilde Frang’s disc of the Britten and Korngold Violin Concertos, recorded for Warner Classics, on Spotify: