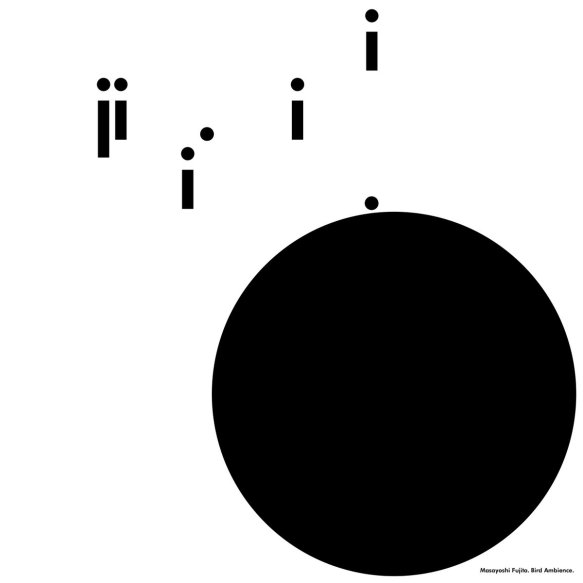 Until now, Japanese multi-instrumentalist Masayoshi Fujita could declare the vibraphone to be his ‘principal’ instrument. It would be top of a long list including drums, percussion, synths, effects and tape recorder. Fujita completed a triptych of vibraphone-based works for the Erased Tapes label in 2018, while continuing to record under his other alias El Fog, where he makes dub music, and in his improvisations with other artists such as Jan Jelinek.

Bird Ambience takes a decisive step to unify all those elements of his musical personality, but at the same time changes his principal instrument from the metallic vibraphone to the wooden percussion of the marimba.

Enchanting. Fujita’s ear for instrumental colour is once again immediately apparent when the music for this album begins, and he shows just how expressive the marimba can be, especially when played as softly as it is in Cumulonimbus Dream. He also shows the wide variety of sounds it is possible to coax from the instrument, using different levels of attack and sustain, both in real time and in production, to go with other pitched percussion, ambient melodic lines and carefully managed levels of distortion.

Often the music has an improvised quality, but the styles vary quite markedly. Thunder starts with crisp down beats applied to full chords, the track gradually expanding outwards to fill the headphone space. Stellar adds extra white noise to its beats, the raucous cymbals contrasting with the padded percussion elsewhere. Noise Marimba Tape goes a similar route, its ticking motif gradually taking on new lines and a firm beat, with the occasional distorted aside. Anakreon offers a complement, moving to gentle droplets of melody from the main instrument alone, while Nord Ambient and Pons remove the attack almost entirely for pure, glacial ambience.

Fujita’s judgment with the textures of his other instruments is unerring, and the music is always colourful but never crowded, and not afraid to turn towards discord and distortion as Gaia does. The lovely Morocco, meanwhile, contrasts the watery marimbas with a deep hum from a brass section, building small cells through a more classical method. Finally Fabric sets a lasting spell, sustaining bright textures in an exquisite orbit while time is marked by simple blocks.

Yes. Bird Ambience is an album that demands your time as a listener for its spell to be wholly cast, since there is a lot going on here that you might miss if you choose the approach of a background listener. Only by listening closely will you appreciate the melodic cells Fujita works with, ranging from clipped marimba phrases to much longer sustained electronics. Each complements the other.

Highly. Masayoshi Fujita must have been a little anxious about moving over from the vibraphone, after such a thorough study of it over three albums, but his achievement here is rather special and often deeply moving. Bird Ambience can be relied upon as a cushion from a heavy day, an aid to thoughtful contemplation, or something to bask in as the different sources of sound rain gently on the listener’s parade.