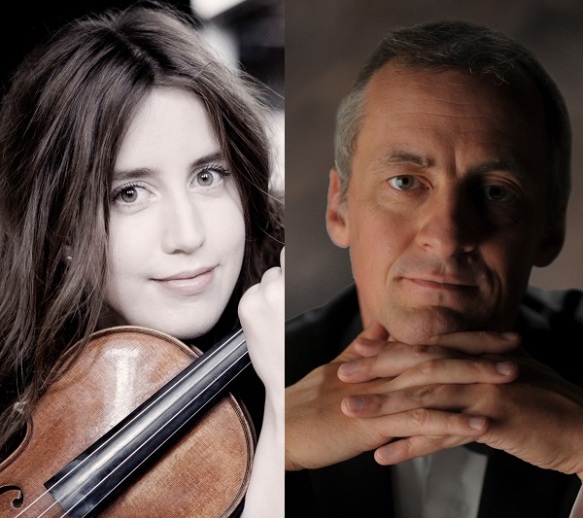 Listen to the BBC Radio 3 broadcast here, until 16 November

It is easy to see why Vilde Frang is held in such high regard. This contrasting program of Bartók and Schubert showed a steely side to her playing in the former, but also a purity of tone that could be easily appreciated throughout.

These qualities served her well in a powerful rendition of Bartók’s massive Violin Sonata no.1, but she could not have made this impact without Aleksandar Madžar’s superb piano playing, notable for its clarity and rhythmic precision.

Bartók and rhythm are inseparable, and the hold that folk music has on his compositions was all too clear in the syncopations and cross rhythms that Frang and Madžar exploited here. The angular tunes of the first movement (first heard at 2:07) had an assertive mood, brilliantly played.

Richard Bratby’s excellent program note reminded us how modern the music must have sounded in 1922, when Bartók himself played piano with violinist Jelly d’Aranyi, who became an important creative muse. Frang and Madžar powered through the first movement, making light of its technical difficulties, but in the second movement time stood still. Frang’s sweet but thoughtful tune, initially heard alone (from 14:26), was complemented by a solemn and mysterious chorale from Madžar (16:00), the two forces gradually aligning but still lost in a distant world.

The finale arrived with a flourish (25:15), both performers tackling it with some relish and achieving a remarkable unity of ensemble at the end (from 32:30), finishing with a terrifically spicy, bluesy chord.

Schubert’s Fantasy in C major can seem like a long piece in the wrong hands, but here it came alive. Completed in the last year of his life, it is conceived in a single span of four distinct sections, and is a very original piece of writing. Balance between the violin and piano is key, and this was spot on for the moving opening statement, where Madžar had a lot of work to do but was always responsive to Frang’s soft intonation (from 37:09)

A bracing Allegretto section (from 40:23) led to the centrepiece, a Theme & Variations (45:44) The origin of the theme, a Schubert song, was abundantly clear in this lyrical performance, while there was some sparkling playing from Madžar as the variations took hold (try 48:57) This flair and musicality continued to the return of the soft first movement theme, now shaping up in the finale (52:36), an emotional reunion in these hands before a convincing finish (from 57:40).

This was a superb concert, affirming Vilde Frang as one of the best violinists of her generation on the concert circuit, but also illustrating just what a fine pianist Aleksandar Madžar is too. Hear this if you can!

You can hear more of Vilde Frang in an early album recorded for Warner Classics with Michail Lifits. Here she brings a sunny tone to violin sonatas by Grieg (no.1) and Richard Strauss, full of youthful exuberance, while there is more Bartók in the form of his Sonata for solo violin, a tour de force: 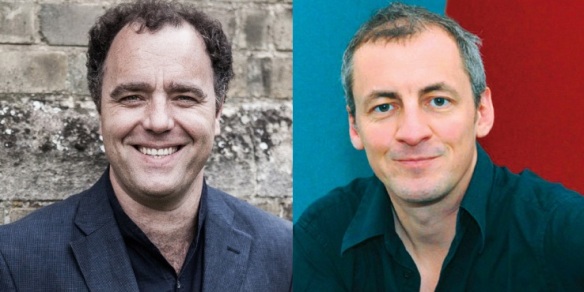 In case you cannot hear the broadcast, here is a Spotify playlist of some of the music in this concert. The Birtwistle is not on Spotify, and Adrian Brendel has not yet recorded either of the Debussy or Chopin Cello Sonatas, so alternative versions have been chosen:

Every piece of music that Chopin published features the piano in some way. Most of his output is for piano solo but there are a couple of exceptions – two piano concertos and some works for piano and orchestra, the Polish Songs, the Piano Trio and this, Chopin’s only Cello Sonata.

It is a substantial piece, written late on in its composer’s career, and has a curious structure of four movements where the first is as long as the other three put together. It is a substantial piece of work, deeply felt in the slower music especially, but is also restless, the cello and piano playing closely together in melodies of unusual rhythm and contour. Chopin achieves the difficult task of honing his instincts for the piano to play as a solo instrument, balancing the two forces extremely well.

Debussy’s Cello Sonata is much shorter, a third of the length of the Chopin, but is equally concentrated in feeling. The work was to be the first in a series of six sonatas for different instrumental combinations from the composer, but sadly ill health determined he would not be able to get any further than three (the others are for violin and piano, and flute, viola and harp). The Cello Sonata is a sultry piece, particularly in the second movement Sérénade, which features plucking on the cello.

Bisecting these is one of Sir Harrison Birtwistle’s several pieces for cello and piano. The Variations are very closely linked to the Brendel family, and although they were commissioned by Adrian they take as their theme a piece written by Birtwistle for father Alfred. The theme is taken from another piece for the same combination, the Lied, and Birtwistle complemented that with this piece and several more to make a continuous sequence for cello, baritone and piano lasting just over half an hour.

The Birtwistle, a gritty, concentrated piece, was very well done also, with characterisation of each of the short variations and some really vivid shades of colour from Brendel in particular.

The Chopin exploited the cellist’s singing tone beautifully, especially in the soaring second theme of the second movement. The duo stressed the uncertainty of much of this piece, and in particular the sizeable first movement, which here seemed to have just as many intriguing questions as it had answers. Brendel took everything in his stride technically, and the rapport and ensemble between the two performers – Madzar employing plenty of light and shade with the piano – was a real asset throughout.

2:04 – the first movement, a Prologue, begins with an opening statement from the piano, before the cello comes in expansively. The mood evokes to me a late summer evening. Debussy impresses with his economical use of form here, packing a lot of musical incident into a short movement before it finishing thoughtfully.

6:29 – the Sérénade is a nocturnal movement, and sounds like an improvisation, the plucked cello leading the piano in a stuttering series of musical gestures, showing off a more obvious Spanish influence. Gradually Debussy brings both instruments into line, and the cello uses the bow a lot more, building the tension and moving straight into…

9:50… the Finale, which starts with urgent piano and soaring cello before a vivacious theme makes itself known from the cello (10:08). This becomes the main focus of the movement, though the sultry mood of the Sérénade is not entirely forgotten.

15:27 – the piece begins with a mysterious sound world on show, the cello playing two notes at once and the piano sounding very uncertain. The variations unfold in wildly differing moods, and without following the score it is relatively difficult to say where one ends and the next begins. After a tense beginning the piano stabs out two penetrating notes and then the music becomes faster – though the performers seem much more at odds. The end, when it comes, is slight.

23:28 – the very substantial first movement (16 minutes) starts on the piano, with a solemn introduction. It doesn’t take long for Chopin to show off the pianist’s technique, but he is careful not to write a part that impinges on the cello once it appears with the theme. After a slow start the pace picks up a little, the mood intensifying – until Chopin works around to a repeat of the whole first section (from 28:42)

39:54 – a short scherzo that flits about without seeming to settle. The instruments are very closely linked in their musical discussion, both sharing the distinctive rhythm that Chopin gives to the main theme. The second theme () has a soaring quality very unusual to Chopin (in that he wrote so many melodies for the piano) and it has a penetrating beauty in this concert.

45:10 – a soft but warm-hearted slow movement, with a songful melody first aired on the cello but then repeated on piano. This is a surprisingly short movement, profound but giving the sonata a slightly lopsided form.

48:40 – the finale takes us back to the sonata’s ‘home’ key of G minor and finds an impressive urgency, with cello and piano working very closely together. Chopin employs a number of extremely catchy hooks but the form is relatively compressed…and soon the music moves into the major key and a thoroughly affirmative finish at 54:30.

The Spotify playlist containing the music for this concert has been enhanced to include Chopin’s other large-scale chamber work, the Piano Trio. After this you can enjoy some music for cello and piano by a composer best known for his piano music, Franz Liszt – and played by the great Hungarian cellist Miklós Perényi: