This beautifully packaged collection from BIS brings together a trio of Debussy pieces arranged for orchestra. There are two characterful suites whose cleaner lines look back to classical and baroque forms, beginning with the four-movement Petite Suite, originally for two pianos and arranged for orchestra by Henri Büsser.

The central work of the three is La boîte à joujoux (The toy box). This surprisingly substantial piece was written by Debussy in 1913 as a piano score, but due to the first World War was not performed until 1919, after the composer’s death, by which time it had been orchestrated by André Caplet. The ballet tells in miniature detail of a toy soldier falling in love with a doll protected by a polichinelle, who will not give her up. The two fight and the soldier is wounded, but is nursed back to health by the doll, and they fall in love.

Caplet was a trusted collaborator, having already arranged Debussy’s Children’s Corner suite for orchestra in 1911. The composer wrote the piano version for his daughter Claude-Emma, nicknamed ‘Chou-Chou’, in 1908.

As attractive as the cover! What is abundantly clear from each of the three scores is that even in his keyboard music Debussy had orchestral designs – which Caplet and Büsser bring to fruition.

The Petite Suite is a charmer in this performance, from the languid En bateau to the brisk, bracing Ballet. The phrasing is especially beautiful in the winds towards the end of the former, while there is an attractive lilt to the Cortège and a light bounce to the rhythms of the Menuet.

La boîte à joujoux features some exquisite storytelling and wind playing. There is a beautiful oboe solo as the scene isset in the toy shop, the music hanging mysteriously. The lovely clarinet in The doll’s waltz is complemented by detailed shading in the strings. There are stylish contributions from the orchestral pianist too, especially at the very end where the orchestra hang on every note. The bluster of battle and The sheepfold for sale leads to a translucent coda. Here a tender, slightly mournful finish from piano is trumped by an emphatic sign off from the orchestra

Children’s Corner is similarly colourful. The Berceuse has long shadows enhanced by the bass strings, but the Serenade for the Doll is delightful. The Snow Is Dancing is appropriately mysterious, and there is a poignant oboe solo for The Little Shepherd. Finally the Golliwogg’s Cake Walk is a brilliant study of light and shade, with the ebullient theme a treat.

It does. Pascal Rophé brings great detail to Debussy’s storytelling, and while the orchestral playing is of an extremely high standard the wind section deserve special mention for the way in which they inhabit the characters of each tale. The BIS recording captures every detail. There are also reminders that in spite of these colourful stories the spectre of World War One lies in the shadows.

Heartily. This is a colourful and thoroughly enjoyable album, lovingly realised and beautifully played. An essential addition to any Debussy collection. 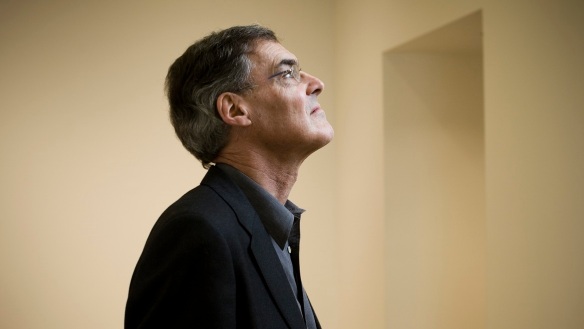 How heartening to have such an inventive hour-long recital of French art-song for a Monday lunchtime. In choosing a programme mostly comprising rarely performed works Roderick Williams and Roger Vignoles demonstrated both the depth of the genre and the rich variety of source texts on which the composers drew.

For this concert we had the intriguing combination of late Fauré, bright Caplet, silly Honegger and typically heart-on-sleeve Poulenc, and both baritone and pianist applied themselves to each with great enthusiasm and character. No stone was left unturned as they strove to bring the texts to life, helped as they were by some wildly differing moods of interpretation.

Late Fauré has a uniquely timeless approach, and the essentially slow Mirages are no exception. The composer’s last song cycle, it is a quartet of settings from the collection of the same name by Renée de Brimont. Williams and Vignoles inhabited a still world, especially in the remarkable passage in Reflets dans l’eau (Reflections in the water) (beginning 4:44 on the radio broadcast), the song almost stopping completely, seemingly in the middle of the lake, for sustained contemplation (from 8:08)

Still more affecting was Danseuse (Dancer), a haunting closing song that vividly portrays the languid movements of the dancer. With his single melodic line in the right hand Vignoles had the lilt just right, as did Williams in his controlled singing.

The Caplet cycle of Paul Fort setting was an altogether different story. André Caplet was a close friend of Debussy, and did a lot of work for him on editions and such. Debussy comes through to some of the harmonies and sleights of hand, but Caplet’s own style makes itself known and is fascinating. Here Vignoles was exceptional in his setting of the five scenes, with some incredibly tricky piano parts made to sound comparatively easy. The start of Cloche d’aube (Tolling dawn) (from 18:09) was a sparkling, brightly lit piano part, complemented by Williams’ sonorous tones.

Notre chaumière en Yveline (Our cottage in Yveline), the third song (from 23:38), was even more striking, falling over itself in rapture, while the glissando of the piano and soaring vocal of Songe d’une nuit d’été (A Midsummer Night’s Dream) (from 26:07) continued the rapt mood of the recently married composer and his domestic bliss. Only the final song, L’adieu en barque (Farewell from a boat) struck a note of caution with the refracted bell ringing conveyed so vividly by Vignoles.

The Honegger songs (from 34:46) were little picture postcards, lasting just over four minutes in total. Described as ‘a short course in morality’, they were written with some striking if rather odd observations by Jean Giraudoux, four of which centred on locations in the UK. Each one, given a woman’s name, had a certain charm – the wandering Jeanne, a rather brusque Adèle (35:25), the heady scents of Cècile (36:11), a strident Irène (37:03) and finally Rosemonde (37:48). Williams and Vignoles clearly enjoyed them, and were on sparkling form throughout.

Finally music by Poulenc, one of the great French songwriters, was given exemplary performances. We heard 2 poems by Guillaume Apollinaire, the colourful Dans le jardin d’Anna (In Anna’s Garden) (40:16), the increasingly bothered Allons plus vite (Move Along) (43:35) and the two Max Jacob poems making up Parisiana (Jouer du bugle (Playing the cornet)) from 46:44 and the short but riotous Vous n’écrivez plus? (You do not write any longer?) (48:15). Both performers were again wreathed in smiles as they enjoyed Poulenc’s direct emotional approach, and then, as a bonus, we had a reflective encore in the form of La Grenouillère (The Froggery).

Even Vignoles was silently singing along at this point, the two finding a strong bond in this little known but richly rewarding box of treats.

One of my favourite discs of French song is from the baritone François le Roux, joined by a crack team of French soloists under Charles Dutoit. It includes Poulenc’s Le bal masqué and Le Bestiare cycles, along with the Rapsodie nègre: